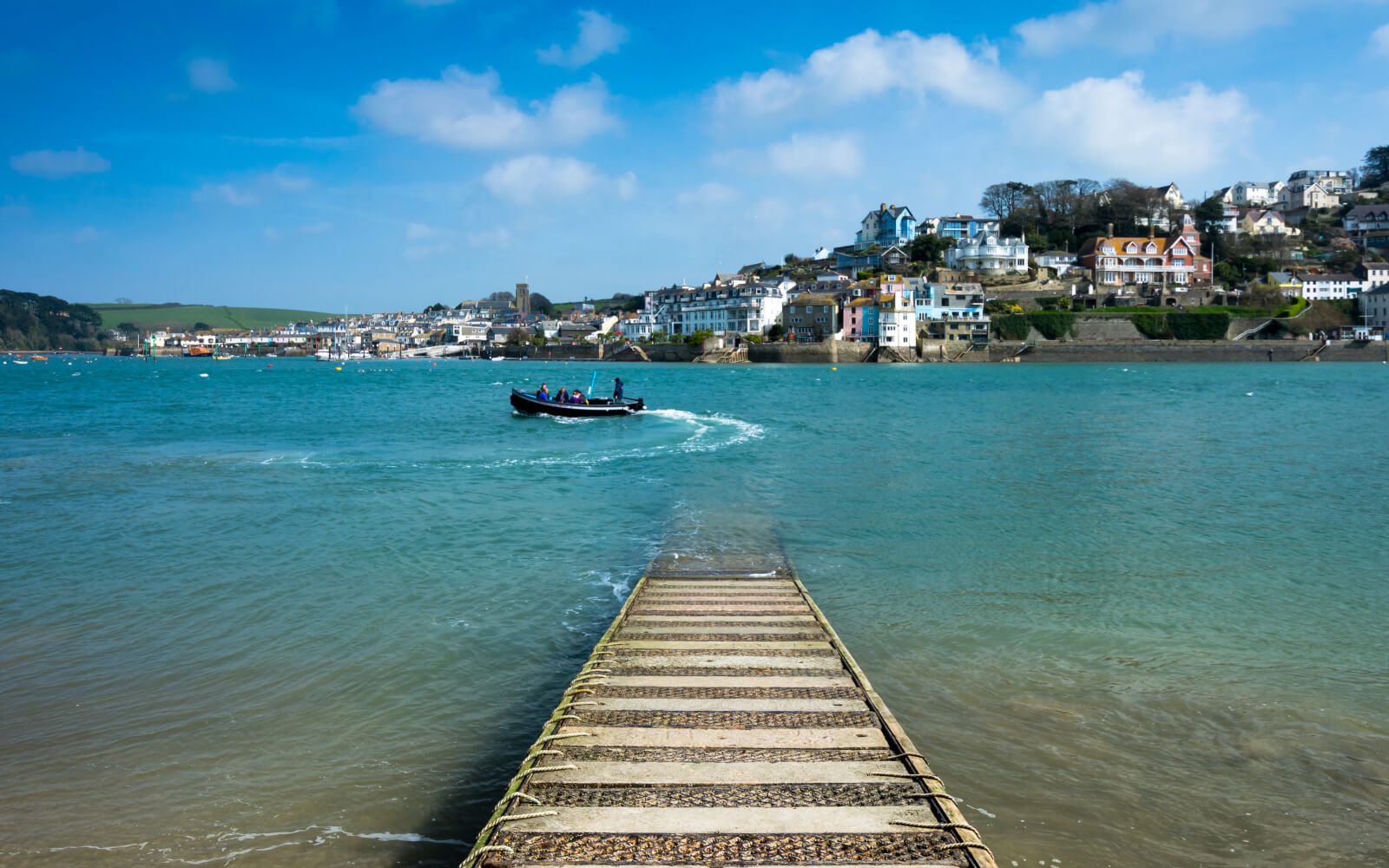 Become a member for free to access exclusive deals. Members save up to 60%

Become a member for free to access exclusive deals

“I have never before been gifted with such an abundance of natural beauty”. These are the words of Steven Spielberg when asked what he thought of Devon. And frankly, we couldn’t agree more.

A tropical paradise nestled in the South West of England, Devon is a diverse land of silken beaches and majestic moors, of bustling town centres and quaint historic homes. It’s a place where fresh sea breezes whistle through craggy cliffs and turquoise waves lap against golden sands. It’s a place where award-winning chefs pluck crops from wild, windswept moors and serve up some of the most exquisite food this country has ever seen. It’s the perfect place, we think you’ll agree, for an unforgettable cottage getaway.

North and South Devon are both home to their own gorgeous coastlines, each offering its unique version of beachside bliss. North Devon faces the Atlantic, providing a rich and wild coast. Foamy blue waves crash against rugged rocks, and a world of adrenaline and watersports thrives.

Down south, Devon faces the calmer English channel, where high and mighty cliffs peer down on 120 miles of rugged coast and over 50 tranquil beaches. Here, you’ll find soft waves lapping against golden sand, and the perfect place to lie beneath the Summer sun.

The Jurassic Coast is Britain's most ancient attraction

To the east of Devon’s south coast, lies its most magnificent attraction. On the surface, the Jurassic Coast is 95 miles of stunning scenery. Some of the best walks in England snake by its crystal waters, beneath its high and rugged cliffs, and along its lush, green grassland. But to those who know what they’re looking for, something even more special hides inside.

Wander the Jurassic Coast with a guidebook, and you’ll be able to hear the story these incredible cliffs tell. Standing alongside the Great Barrier Reef as a World Heritage Site of ‘outstanding international importance’, the Jurassic Coast is a readable record of 185 million years of history on earth. A wander down the coast, finding fossils and spotting rock formations, is a wander back to an era almost 1,000 times older than humanity itself.

The best beach in Britain

Devon is home to over a hundred beautiful beaches, and with some of the highest temperatures and lowest rainfall in the UK, it also has the perfect weather to make the most of them.

Each of one of its stunning sandy stretches is a golden paradise, but one somehow manages to rise above the rest. Sat a short drive from Pickwell, Woolacombe Beach is maybe the most highly decorated beach in Britain. As well as boasting numerous awards for cleanliness, popularity, and all-round magnificence, in 2015 this 3-mile swathe of silken sand was voted the best beach in the UK, the fourth-best in Europe and 13th best in the whole world!

The only thing Devon may do better than stunning stretches of sand is gorgeous green spaces. Home to the only two national parks in the South West, family holidays will have no shortage of outdoor adventures to choose from.

Dartmoor National Park, the larger of the two, is a whirlwind of granite hilltops and gloriously bright wildflowers. Between the plush, vibrant landscape, lie some incredible archaeological attractions. Two of the most fascinating, are RAF Harrowbeer, a WWII aircraft base constructed using rubble from the Plymouth blitz, and Spinsters rock, an ancient tomb dating back over six millennia, to around 4,000 BC.

Stretching between Devon and Somerset, Exmoor National Park is a mystic landscape of moorland, woodland, and fascinating legend. The misty moors are the alleged home of the ‘Beast of Exmoor’, the south west’s answer to Nessie. Whether you believe in the giant cat or not, an afternoon spent scouring the Exmoor moors in search of it is sure to be an enjoyable one.

As if being home to one of the most incredible archaeological attractions on the planet wasn’t enough, Devon almost boasts a staggering five Areas of Outstanding Natural Beauty. All in all, the South West county is home to nearly 500 square miles of officially recognised magnificence, more than almost anywhere else in England.

The Blackdown Hills, the largest of the five areas, is 143 square miles of picture-postcard potential. Indulge in one of the many walking routes the hills offer, and you’ll find rugged woodland kissed apart by crystal rivers, and rolling countryside, unravelling far further than the eye can see.

While stunning scenery tends to steal the show down in the South West, Devon is also home to some exceptional architecture. Killerton Estate is often cited as the National Trust’s most beautiful estate, while the enchanting Powderham Castle is the definition of a fairytale mansion.

The most incredible building in the county, however, has to be Exeter Cathedral. Sat one minute’s walk from the town centre and dating back almost a millennia, this mighty gothic structure is one of the most jaw-dropping buildings in England. Its vast vaulted ceilings and decadent stained glass windows are an example of just how much devotion, skill and creativity it is possible for people to possess.

A haven for food-lovers

While Devon’s rolling hills, wild moors and lush green pastures are certainly a sight to behold, don’t forget, they’re a lot more than just a pretty face. The rich, fertile land of the South West is ideal for growing incredible cooking ingredients, and over the years its incredible potential attracted some of the best chefs in England.

Today, Devon has a reputation as one of the premier food spots in the country. The South West spot boasts everything from award-winning chilli farms to Michelin star eateries, quaint tea rooms to rustic village taverns. While no trip to Devon is complete without a traditional cream tea, we also suggest checking out some of their more formal, fine dining spots. Plymouth alone is home to celebrity-run restaurants from Hugh Fearnley-Whittingstall, James and Chris Tanner, Gary Rhodes, Mitch Tonks and Anton Piotrowski.

From friends holidays to family-friendly adventures, month-long travels to short breaks, open-plan apartments to quaint and cosy cottages - Devon has it all. To help make sure your holidays are as perfect as possible, we’ll make sure you book the cottage that’s right for you.

Don’t want to leave your four-legged friend at home? Have a look at Devon’s dog-friendly cottages. Choose from an incredible collection of luxury or extra-large holiday homes, or perhaps peruse properties with a pool or a decedent hot tub. If you do love to be beside the seaside, check out cottages on the coast, or maybe beside the beach.