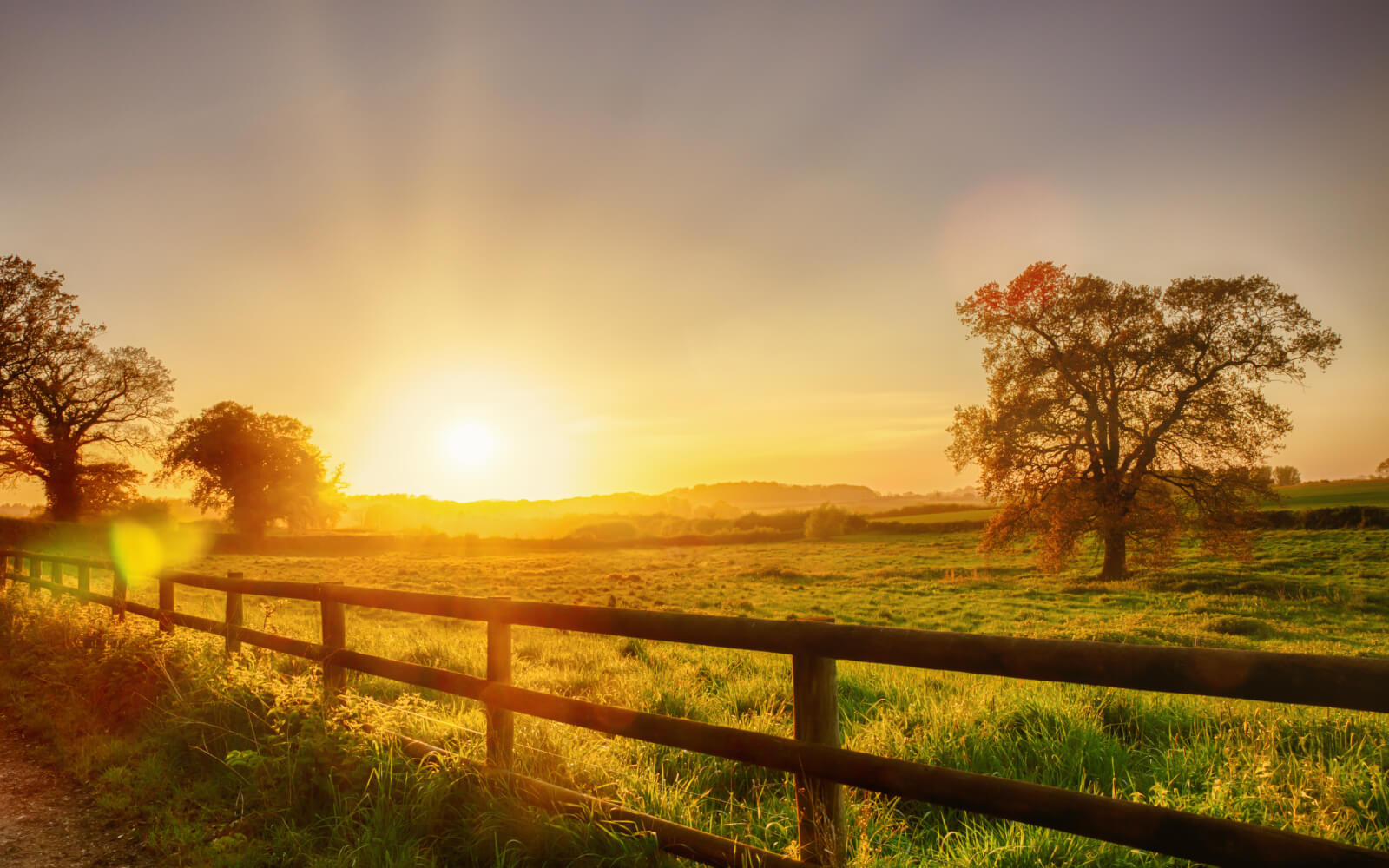 Holiday Cottages In Norfolk To Rent - Save up to 60%

Become a member for free to access exclusive deals. Members save up to 60%

Every year, over three and a half million people plan their holidays in Norfolk, the Queen of England included, and it’s easy to see why. From the family-friendly fun of Great Yarmouth to the tranquil waterways of the Norfolk Broads, to Cromer Chalk Reef, days in Norfolk are filled with possibility.

But it’s at night that Norfolk is at its most magical, as this incredible East Anglia county is home to one of the clearest skies in the UK. Imagine dining outside, with a plate of Norfolk’s world-famous seafood in front of you, and the day’s last light disappearing all around. A salty sea breeze travelling west from the Atlantic Ocean fills your lungs with one of the world’s freshest smells. While above you, you finally see the untainted majesty of the night’s sky, as an infinite number of stars open their eyes.

Norfolk is home to sun, sand and seals

Norfolk is home to 90 miles of soft sandy beaches and ravishingly rugged coast, 93 when the tide’s out. A region so stunning, it’s been officially recognised as an Area of Outstanding Natural Beauty. But what makes the Norfolk coast so unique is that there's a beach for every occasion. Whether you’re looking for foamy waves and wild watersports or tranquil sun-soaked spots to give the Bahamas a run for their money, the Norfolk coast has you covered.

Best of all, however, the Norfolk coast is also home to the largest seal colony in England. If you’re looking for a sight to make your jaw drop, visiting the Norfolk coast at the right time of year can be your chance to see over 2,500 seal pups join the world.

The best beaches for families

For family-friendly fun, the beaches of Norfolk can’t be beaten. To start, we suggest heading to the North Norfolk coast, and East or West Runton. These beautiful Blue Flag Beaches are part of the Deep History Coast, meaning they’re home to hundreds of fascinating rock pools and prehistoric treasures.

Local residents found the largest and oldest mammoth skeleton here. No day at the beach could be better than one spent combing the shores for fossils to take home. Or maybe even a mammoth skeleton of your own.

Alternatively, if you’re looking for the classically English experience, nothing can beat the seaside town of Great Yarmouth. Running parallel to the golden mile, the beaches of Great Yarmouth host everything from donkey rides to trampolining, to incredible amusement arcades.

When searching for stunning sights, it’s easy to get stuck looking at ground level. When you stay in Norfolk, however, make sure you take the time to turn your eyes up.

Norfolk is home to one of the clearest night skies in Britain. North Norfolk, meanwhile, is one of the few places in the world where you can see one of nature’s most glorious spectacles - the Northern Lights. This awe-inspiring whirlwind of dancing colour has made almost every list of the Earth’s most stunning natural phenomenon.

In the North East, Kelling Heath and Wiveton Downs are both ‘two-star’ cities with ‘Dark Sky Discovery Status’. Here, you can enjoy the full majesty of the night sky, without the interference of any light pollution. So clear is your view of the heavens, that all seven stars of the Orion Constellation and the twinkling lustre of the Milky Way are visible to the naked eye.

While in Norfolk, it’s near impossible to resist setting sail down the soft shimmering waters of the Norfolk Broads. Like a character in an old English poem, you’ll glide with utter tranquillity through the Norfolk countryside, past lush green banks, charming villages and welcoming market towns.

In total, the Norfolk Broads are 125 miles of navigable waterways, more than Amsterdam or Venice. While man-made, the rivers and their banks have provided the perfect place for nature to flourish and are currently home to more than a quarter of the rarest wildlife in the UK.

Norfolk is the choice of royalty

Choose to plan your next holiday in Norfolk and you’ll be joined by some rather illustrious company. The East Anglia county is home to the second, third and fourth in line to the throne.

In fact, Norfolk even houses Sandringham, the Queen’s royal retreat and only private home and estate in England. When the royals aren’t home, this magnificent manor is open to the public. You can wander the decedent halls and see where Meghan Markle spent her first Christmas with Prince Harry.

Even beyond its strong royal presence, if you’re a fan of stately homes and exquisite architecture, Norfolk is the place to be. A long history of prosperous landowners and thriving trade, has left the county covered in real life ‘Downton Abbeys’.

The mystery of the many churches

When it comes to Norfolk’s architecture, most impressive is its collection of round tower churches. A particularly picturesque kind of church, ‘round towers’ are the type of buildings seen in fairytales, with high, circular steeples often associated with imprisoned princesses.

Of the 185 round tower churches spread across England, a staggering 124 are in Norfolk! Most impressive of all, these churches were rapidly constructed over just 100 years. That’s approximately one new church every nine months!

Why are so many of England’s most attractive churches in Norfolk? The truth is, we don’t really know. One leading theory is that they were used to defend against Viking raiders. But, as this theory comes under more and more criticism, the mystery of the many churches remains. You’ll have to head down and solve this curious puzzle for yourself.

Dubbed the Great Barrier Reef of Britain, Cromer Chalk Reef is one of the most wondrous natural attractions on the planet. At over 20 miles long and 100,000 million years old, it’s the largest Chalk Reef in the world, and 500 thousand times older than humanity itself.

This astounding natural attraction has existed since the Mesozoic Era when the only tourists around to enjoy it were travelling dinosaurs. Most interesting of all, while evolution has changed its appearance, families of crustaceans living in the reef have been there ever since. The shellfish swimming in the reef today, are the descendants of the crabs and lobsters that survived the great extinction event that wiped out the dinosaurs.

Types of Holiday Cottage in Norfolk

Whatever type of holiday accommodation you’re looking for, East Anglia’s exquisite county has got you covered. Whether it’s as simple as an open fire, as decadent as an indoor pool, or as rustic as a cosy barn conversion, whatever you’re craving, all you need to do is ask.

With so many incredible holidays on offer, it’s not hard to tailor your Cumbria getaway to precisely what you’re craving. From stunning rustic stone-built cottages to sleek modern cabins, whatever you’re after, we at Snaptrip will help you find the perfect place to stay.

Want your four-legged friend to join the fun? We’ll help you find the perfect dog-friendly cottage. Are you travelling with a special someone? Book a romantic cottage with a hot tub, or maybe serve yourself an extra slice of class, with one of our luxury cottages. Are you craving an incredible sea view? Peruse cottages on the coast or by the beach. Or have a look at something special with an extra-large holiday home or perhaps a property with a pool.

Nearby points of interest

Become a Snaptrip member for free and enjoy exclusive pricing, deals and last-minute discounts on 60,000+ properties.