Nine LGBT+ landmarks to visit in the UK

The rights and freedom for LGBTQ+ people today didn’t form without a fight from the brave, outspoken and harshly prosecuted. Reflect on the history and feel the pride while visiting the most important LGBTQ+ landmarks in the UK.

1. The Museum of Transology 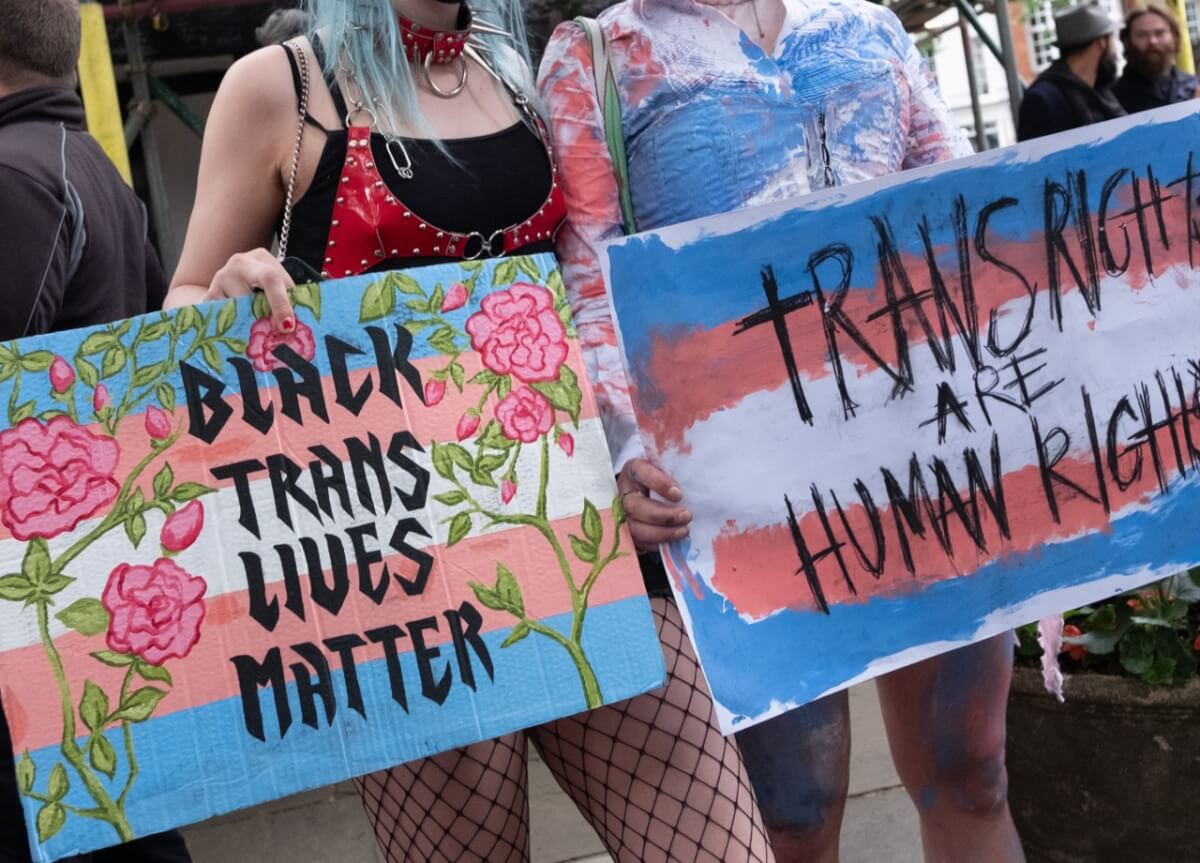 In the sunny seaside gay capital of the UK is the museum that has put a permanent stamp on trans, non-binary and intersex lives in history. At the Museum of Transology in Brighton, you can explore and learn about significant objects with handwritten tags by their owners, which tell stories of the past and present. It’s a special and essential way to let the voices of trans, non-binary and intersex people,  and their everyday lives be recorded in their own words, never to be erased or denied by historians again.

If you’re looking for a place to celebrate LGBTQ+ people with a pint, the Admiral Duncan pub is a popular spot. It’s one of the oldest gay pubs in Soho, London, with a friendly and flamboyant crowd. Every night of the week one of the stunning resident cabaret drag queens puts on a show — many of which are free entry. But behind this fabulous exterior lies a sombre past. The lives taken and people injured are remembered and celebrated at Admiral Duncan after a savage racist and homophobic bombing that occurred in April 1999.

This stunning 15th-century timber-framed building in Halifax, West Yorkshire was home to ‘the first modern lesbian’, Anne Lister. Along with the cafe, boating lake, nature walks and miniature railway, you can also learn all about Anne’s history. During her time living in Shibden Hall in the 19th century, this intelligent nonconformist, known to the locals as ‘Gentleman Jack’, had ‘marriage’ ceremonies with two women, wrote freely about her sexuality and openly courted women. 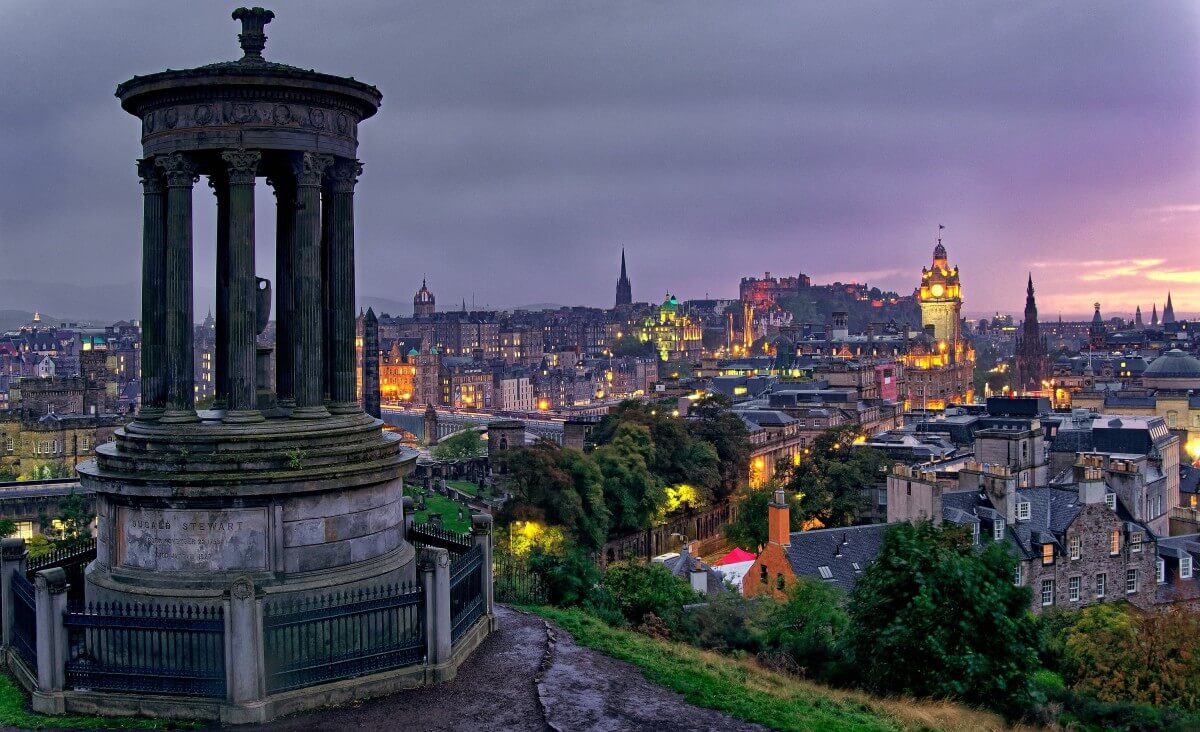 A pink triangle was once forced to be worn by gay men in WWII to ensure the worst treatment among those in the concentration camps. But in the 1970s, the symbol was reclaimed by the LGBT community and is a symbol of pride and freedom. In Edinburgh’s city centre you can visit a street known as the Pink Triangle, which is the centre of the vibrant gay scene. It’s a safe and friendly space full of live music, pubs serving real ale, buzzing gay bars, fabulous cocktails and incredible food.

5. A Conversation with Oscar Wilde 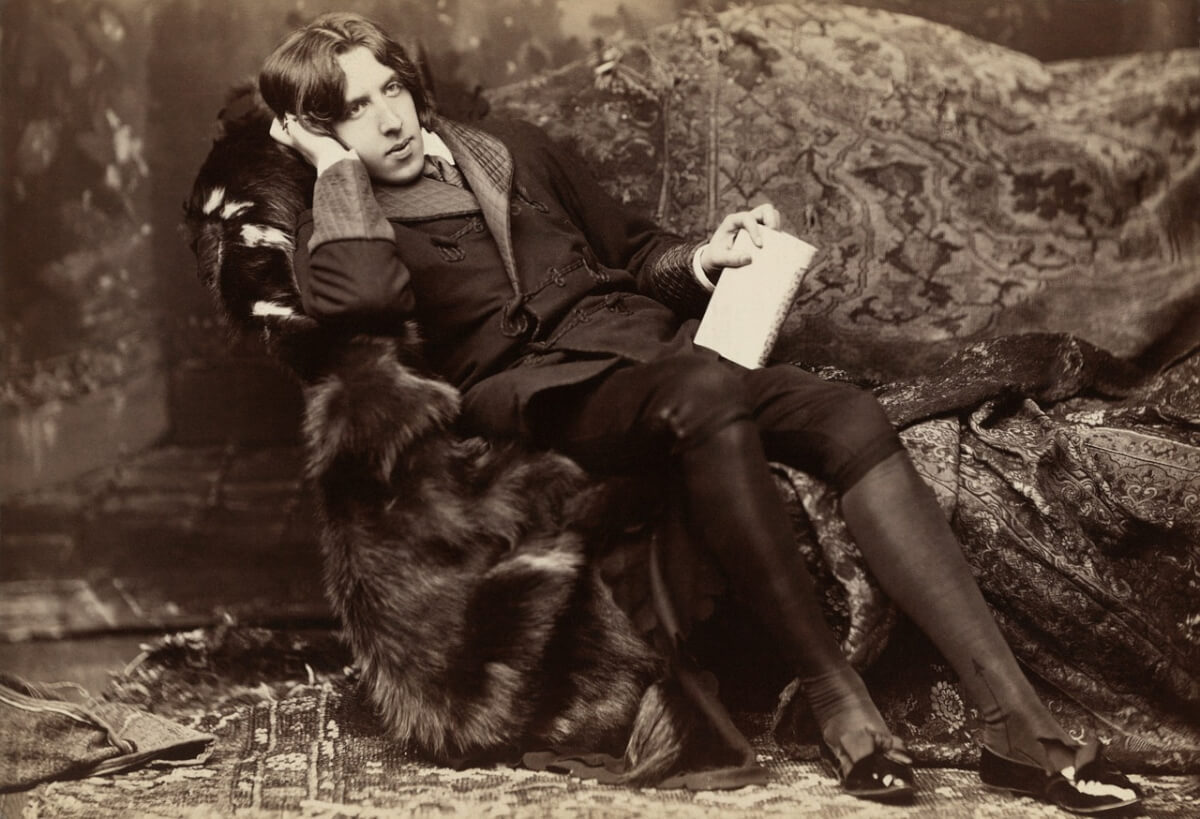 The brilliant poet, playwright and author, Oscar Wilde was a literary genius and a gay icon who spent two years in prison for having a relationship with a man. To celebrate his quirky and controversial personality, an equally bold public monument in Dublin was designed by Maggi Hamblin, called A Conversation with Oscar Wilde. The Oscar Wild Statue is a grand granite coffin-shaped monument which can also be used as a seat; emerging from it is Wilde’s head and his hand holding a cigarette.

There’s no better location for delving into LGBT history than Glasgow Women’s Library. Examine early artefacts from the 1920s or learn about present-day collections from all over the world. The lesbian literature found in Glasgow contains everything from records of the first Black Lesbian organisation in the UK to lesbian magazines and Pulp Fiction books. 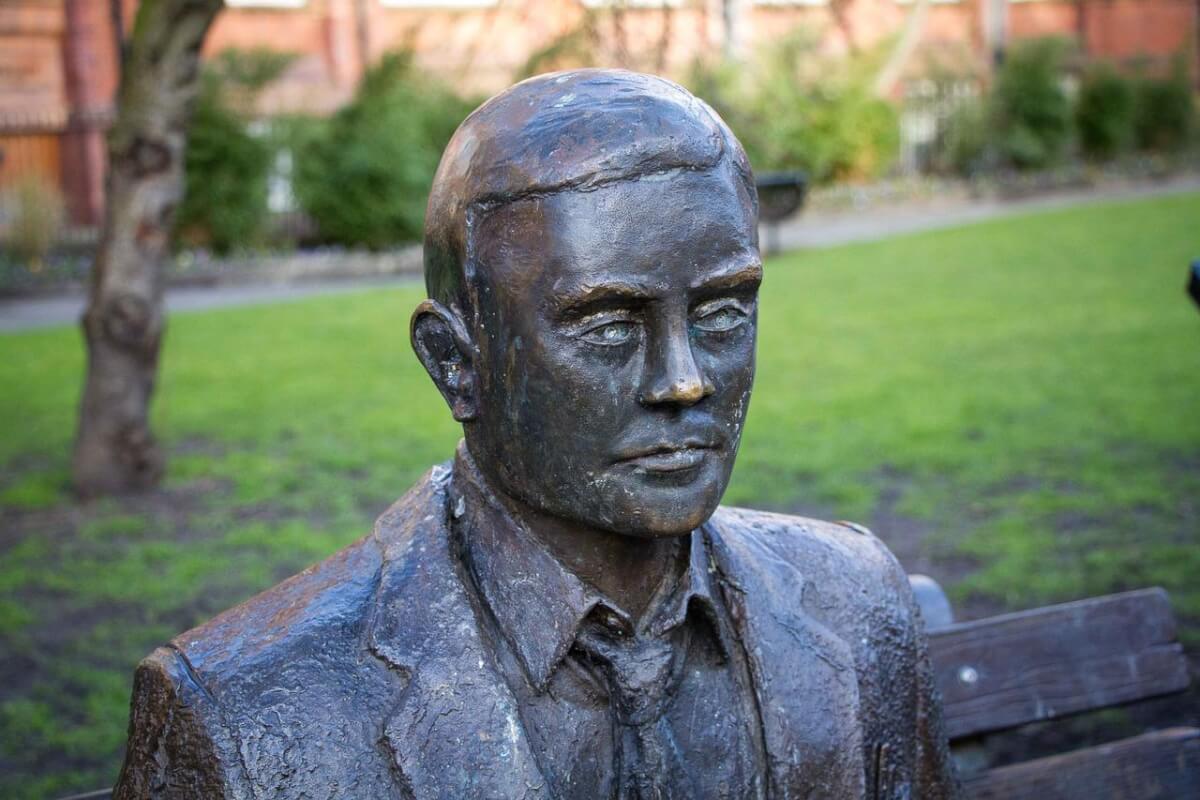 A code-cracker, mathematician and openly proud gay man, Alan Turing is an LGBTQ+ icon, but he didn’t have an easy life. In Sackville Park, Manchester, you can take a seat next to the Alan Turing Memorial, a bronze sculpture of the unsung hero who helped break the Enigma Code at Bletchley Park during WWII, but later suffered prejudice for his sexuality. Alan Turing was arrested in 1952 for homosexual acts and had a chemical castration as punishment and later committed suicide. 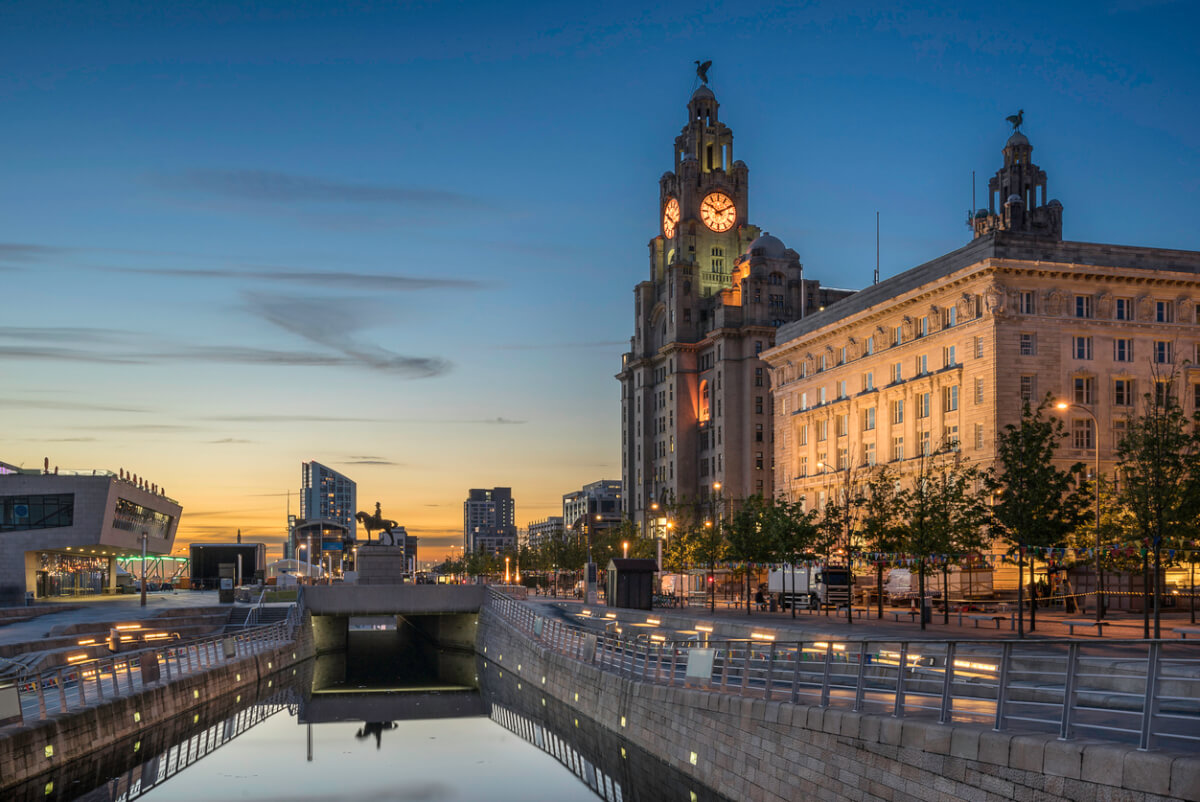 Explore reflections of LGBT+ identities and stories from the past and present through art in The Museum of Liverpool’s LGBT+ collections. Within the collection in Liverpool, you can discover new interpretations of the creative pieces in the Walker Art Gallery, Museum of Liverpool, Lady Lever Art Gallery and Sudley House. The themes explored include changing attitudes, faith and belief, gender identity, health and wellbeing, icons and love. 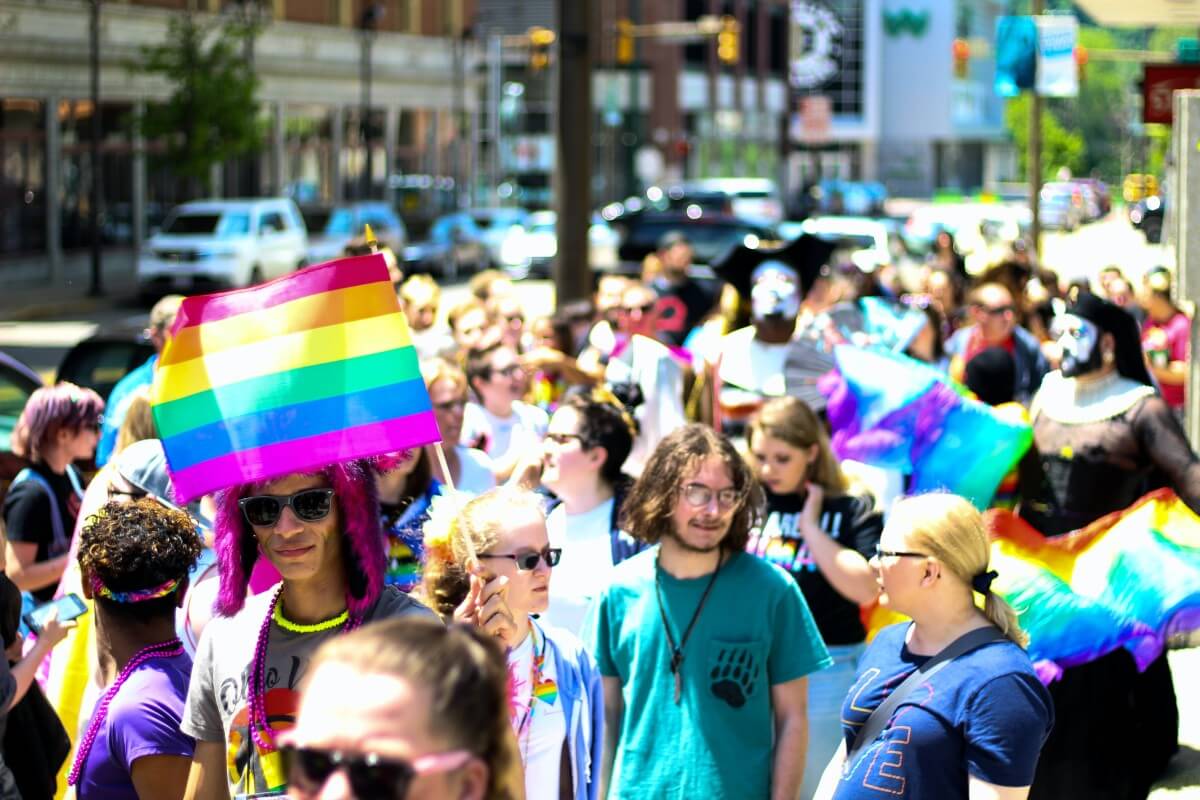 Sparked by the Stonewall Riots in New York City, United States, in 1969, 150 gay and lesbian members of the Gay Liberation Front gathered in Highbury Feilds, London, for the first-ever gay rights demonstration in Britain in 1970. The same group went on to lead the pride marches which began in 1972. This significant spot where the demonstration started has since been marked by the Gay Liberation Front plaque which you can visit and admire.

Monica is a freelance travel writer who loves adventure, the outdoors and all things creative. Her favourite feeling in the world is the buzz she gets when she discovers somewhere beautiful, off the beaten track. To relax, she likes spending time with her dog, playing the piano and eating out.

Things to do in Cheddar Gorge & Caves