Was this supposed to be the year you finally made that big trip along Route 66 or escaped it all while on a luxurious retreat to Thailand? Was this going to be the first time you went abroad together as a family or tied the knot as the sun sets over the Mediterranean Sea?

While 2020 may have postponed or cancelled these trips, it by no way means that your dream holiday has to wait, in fact it could be closer than ever, as we reveal how you can get the same experience of travelling around the world, without ever leaving the UK.

The Great British holiday has evolved from simply enjoying a 99 by the seaside and now offers as much variety as an international jetsetting tour. Even traditional seaside towns have undergone a bohemian revival in recent years with their pristine beaches, indie eateries and proud heritage at places such as Barrybados and along the English Riviera in Torquay.

To help restore your dashed dreams, we are here to help with alternative destinations for recreating your cancelled foreign holidays, as chosen by our experts. Through a combination of our internal and Google Search trend data and national statistics, our holiday experts have found the UK equivalents to British people’s favourite foreign holiday destinations, as well as the most searched for city escapes and international bucket list breaks.

The UK’s most searched for European city breaks

Through internal searches and bookings for 2020, we identified the three most popular city breaks of this year, before everything came to a halt. If you were still looking for a quick dash of culture, cuisine and character but didn’t want to jump on a plane just yet, then these UK equivalents will be the perfect solution.

With a labyrinth of interconnected canals, a buzzing contemporary arts scene, lively cafes, an abundance of museums, and just a short plane ride away, it’s no wonder Amsterdam has become one of the most popular city breaks for Brits.

Bristol is fast becoming one of Britain’s most vibrant cities and is easily comparable to Amsterdam. It’s great for cyclists, has plenty of green space and waterways, a thriving riverside bar scene as well as some great contemporary exhibits and street art (this is where Banksy began).

Synonymous with romance, Paris has deservedly earned its ‘city of love’ label. Whether strolling along the boulevards beside the River Seine or experiencing the world famous french cuisine, Paris is the place to go for a romantic escape.

It may not have a world famous tower at its centre, but Bath is home to spectacular Georgian architecture that catches the eye in any season, along with the incredibly well preserved Roman Baths at its heart and a bustling food scene. The city is known for its prettiness and shopping, so the perfect destination for a romantic weekend away.

While its football team might not be quite as globally renowned as Barcelona’s, they aren’t far behind and The Beatles might just edge them when it comes to famous exports. Liverpool is an exciting city to visit any time of year and has one of the UK’s most prolific entertainment scenes, not to mention its rising credentials as a backdrop to TV and film productions.

Whether relaxing on a beach with a beer, soaking up the culture of iconic cities, or trying out adventurous activities, Brits love their yearly trips around the continent. Using 2019 Statista data on travel, we were able to identify some of the most popular European destinations and find the British equivalents so travellers don’t miss out*.

Spain continues to be the most popular country for Brits to visit and in 2019 received over 18 million visits from Brits in search of the Mediterranean climate. Whether heading somewhere along its 5,000 miles of coastline or to one of its many islands, Spain is undoubtedly home to some of the best beaches in Europe.

As an island nation, Britain has some great well known beaches that can rival those in Spain, as well as hidden gems for escaping the crowds. Our travel experts say Woolacombe in Devon (one of the top 25 beaches in the world in 2020) or Barafundle Bay in Pembrokeshire (named the best beach in the world in 2017) are the best locations to imitate a Spanish beach break.

With an area more than double that of the UK, France is a big country with incredible diversity throughout its regions, from the purple lavender fields of Provence, to the turquoise waters of the Cote D’Azur. However, with its mix of meandering rivers, majestic waterfalls, caves and forest, Ardèche in Southern France has been slowly growing in population as Brits discover all this region has to offer.

Criss-crossing the England and Wales border, with 45 miles of river and 42 square miles of ancient forest, this region of the UK is more than equivalent to France’s Ardeche, and is ideal for enjoying a blend of relaxing riverside walks, picturesque paddles and adrenaline fuelled activities that the whole family can enjoy.

Ancient history, renaissance art, good wine and great food; no matter where you go in Italy, you won’t be far from any of these and that’s before you start exploring the lakes, hillsides and mountains.

For rich history, picturesque scenery, vineyards and great cuisine, Brits need look no further than the coastline of Cornwall. As well as some of the country’s best beaches, it is also home to stylish hotels, lavish restaurants and a scattering of quaint seaside towns.

The county is home to one of the UK’s biggest vineyards, nature reserves, botanic gardens, stately homes and, of course, the Surrey Hills Area of Outstanding Natural Beauty.

Greece is home to over 200 inhabited islands scattered throughout the Aegean and Ionian Seas. While the crystal clear waters and abundant sunshine are undoubtedly the main reasons the location is so popular with British travellers, they also love the simplicity of sipping a cold beer and watching the sun go down.

While the temperatures may not hit the highs of Greece, there are smaller islands dotted all around the British coast and the Isle of Wight with its sandy beaches and rich history makes for the perfect island getaway without having to leave the UK

With comfortable temperatures above 20 degrees through to October, Portugal’s Atlantic facing coastline attracts surfers from all over the world, and is home to some of the best surf spots in Europe, offering plenty of variety to keep the beginners entertained and the experts challenged. 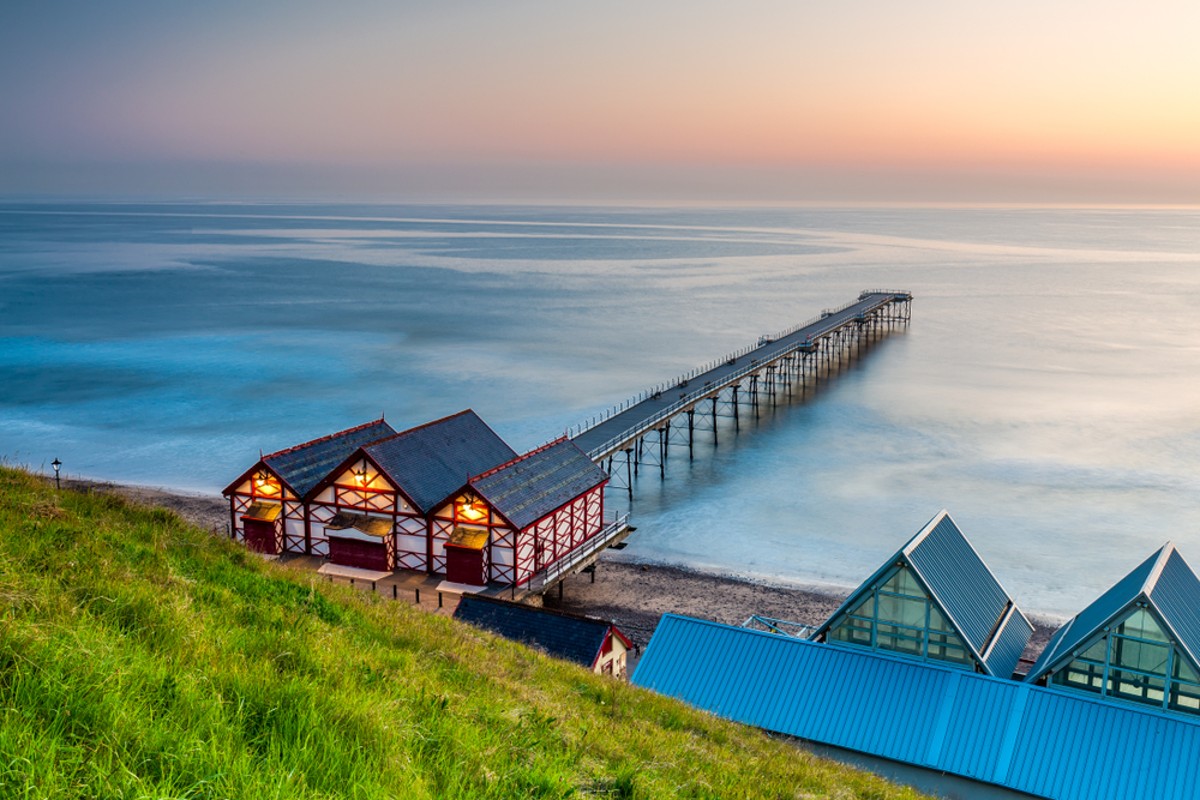 If you were looking for a UK alternative for your Portuguese surfing escape, Saltburn in the north-east of England could be the perfect destination. Either side of Saltburn pier, surfers regularly paddle out to enjoy mellow waves year-round, while the nearby surf school is on hand for lessons and advice.

Most wished for international trips

Using Google Search data over the past year, we were able to discover the most desired international trips Brits have been dreaming of ticking off their bucket list.

With a population nearly a third of the UK’s yet an area nearly 31 times bigger, the vastness of Australia is hard to imagine. Whether road tripping through the rugged outback or going underwater to discover reefs and rays, Australia is the perfect place to rediscover the beauty of nature.

While it may not boast the scorching temperatures of the Australian outback, the Highlands of Scotland offer breathtaking views around every corner and are also inhabited by rare flora and fauna not found elsewhere in Britain. Plus, you won’t lose a day getting there.

As well as being home to incredible temples, world renowned cuisine and envy-inducing beaches, Thailand is also home to hundreds of species of animals from the bumblebee bat to the Asian elephant.

While the United Kingdom may not boast as many species of exotic wildlife, there are a number of internationally recognised wildlife parks and sanctuaries dotted around the UK. Monkey World in Devon is home to over 250 rescued and endangered primates from around the world and is helping to stop illegal smuggling of primates in Asia.

Is there a road trip more iconic than driving along Route 66? Beginning in Chicago and finishing in LA, taking in iconic cities such as St. Louis, Albuquerque and Amarillo along the way, the total length of the route is nearly 4,000km. Travellers also commonly detour to visit the Grand Canyon and check out the casinos of Las Vegas.

Starting in Belfast, the 154 mile Causeway Coastal Route takes in some of Ireland’s most famous sights, as it skirts around the northern coastline of the Emerald Isle. Popular stops include the Old Bushmills Distillery, the Glens of Antrim, the Game of Thrones famous Dark Hedges and of course the iconic Giant’s Causeway.

We may only be a small island off the coast of Europe, but the sheer variety of holidays that you can experience without ever leaving our shores is near endless, and we’re only scratching the surface here. With all the uncertainty around international travel during current circumstances, it is understandable that you may not want to invest in that big trip right now, and with your refreshed view of the Great British holiday, you may not have to.