The UK has some of the best museums in the world, and many of them are free to enter, making them perfect visits during the holidays or staycation adventures. Here are nineteen of the best free museums to visit today.

Best for: A varied collection 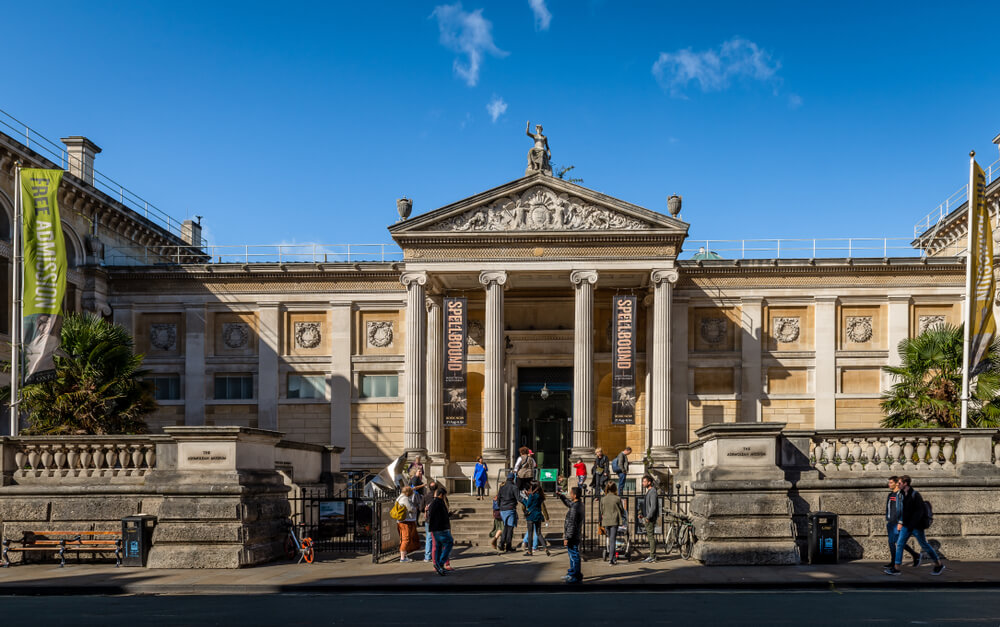 As the first public museum in Britain, The Ashmolean was founded in 1682 in Oxford. It has grown and evolved and now houses various historical artifacts and modern and contemporary art. The museum itself is a stunning building, and one can easily get lost among the display rooms.

Best for: Fans of ancient Egypt 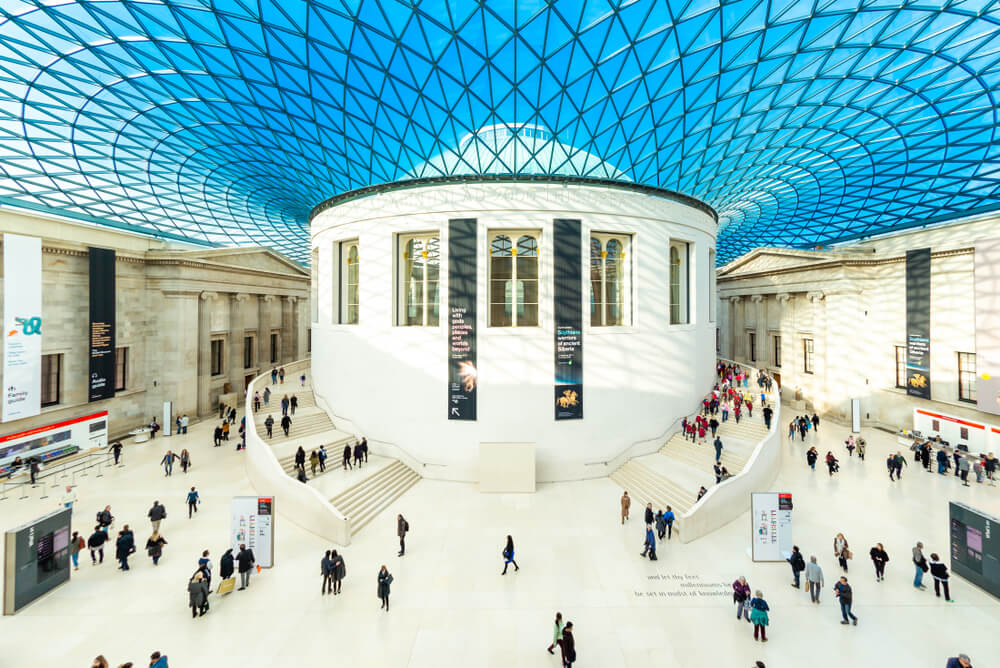 In London, the British Museum includes two million years of history and holds such prized artifacts as the Rosetta Stone and countless ancient artifacts and Egyptian Mummies. The museum also explores topics such as desire, love and identity and how views on this have changed over time. 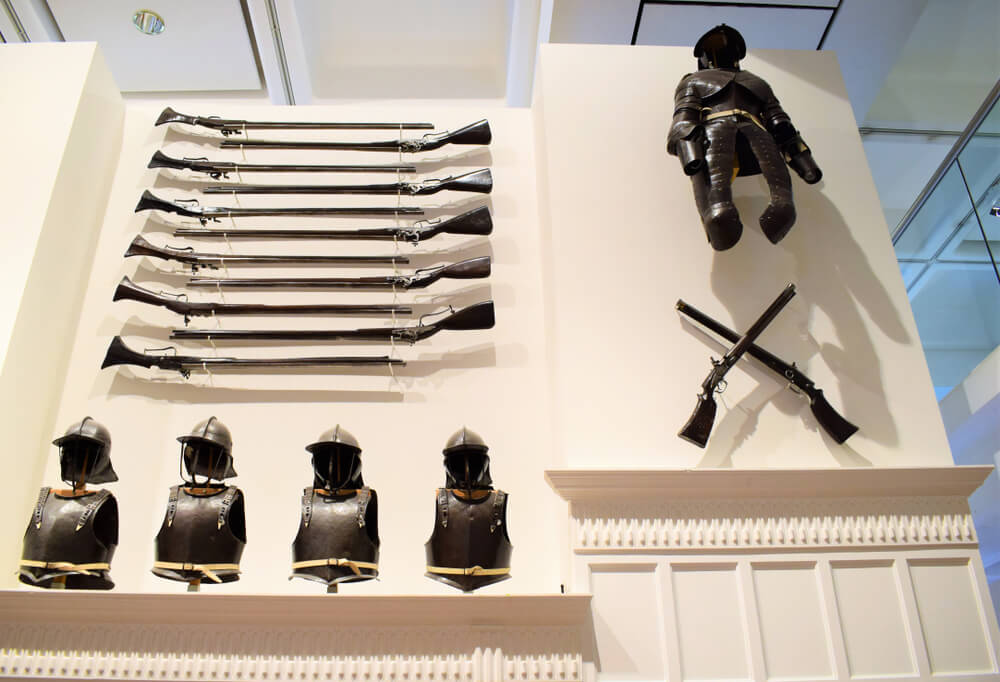 The Royal Armouries Museum in Leeds has 75,000 permanent exhibits of historical weapons and armour. This museum is excellent for children as there is lots to see and do, including live-action jousting, which brings history to life with a bang. 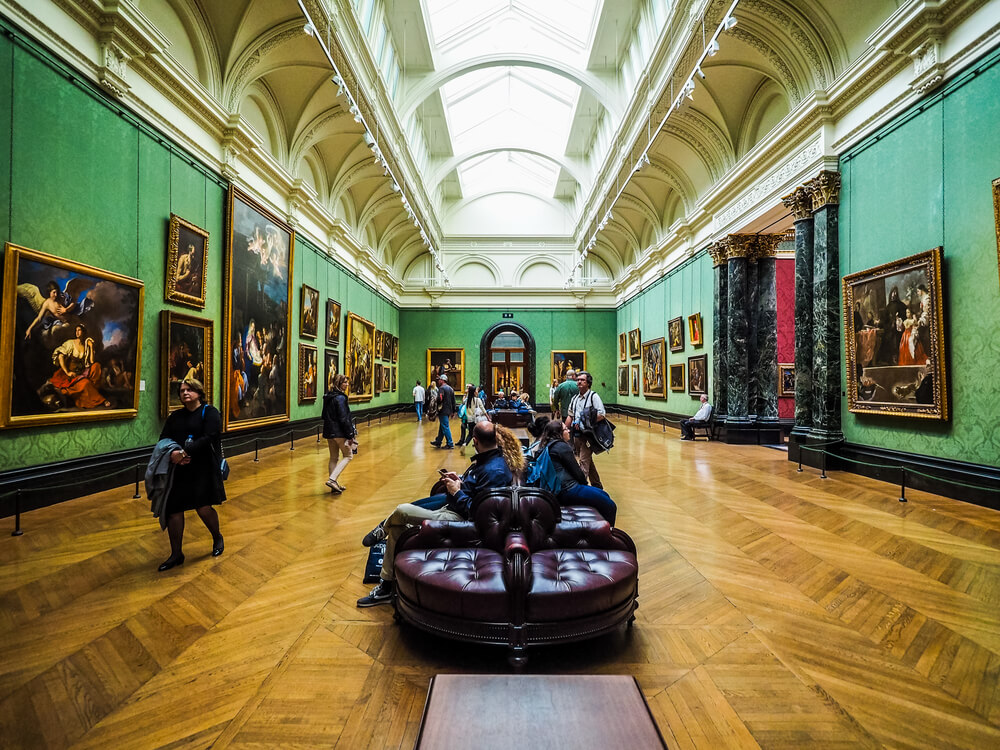 The National Gallery in London has a collection of 2,300 paintings dating all the way back to the 13th century. This vast collection has some very famous names, including works from Van Gogh and Turner. This is an art lover’s paradise. 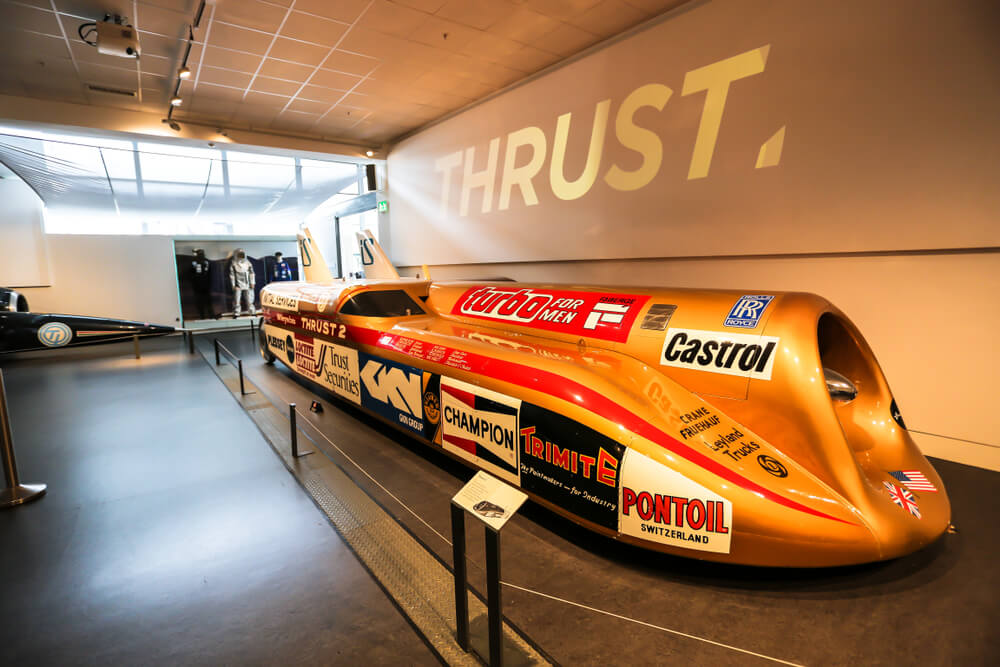 Coventry Transport Museum in Coventry is well known for being the home of the two fastest cars in the world, Thrust SSC and Thrust 2. It also holds 300 bikes, 120 motorcycles and 250 cars. This museum is great for school trips and young budding engineers.

Best for: The natural world 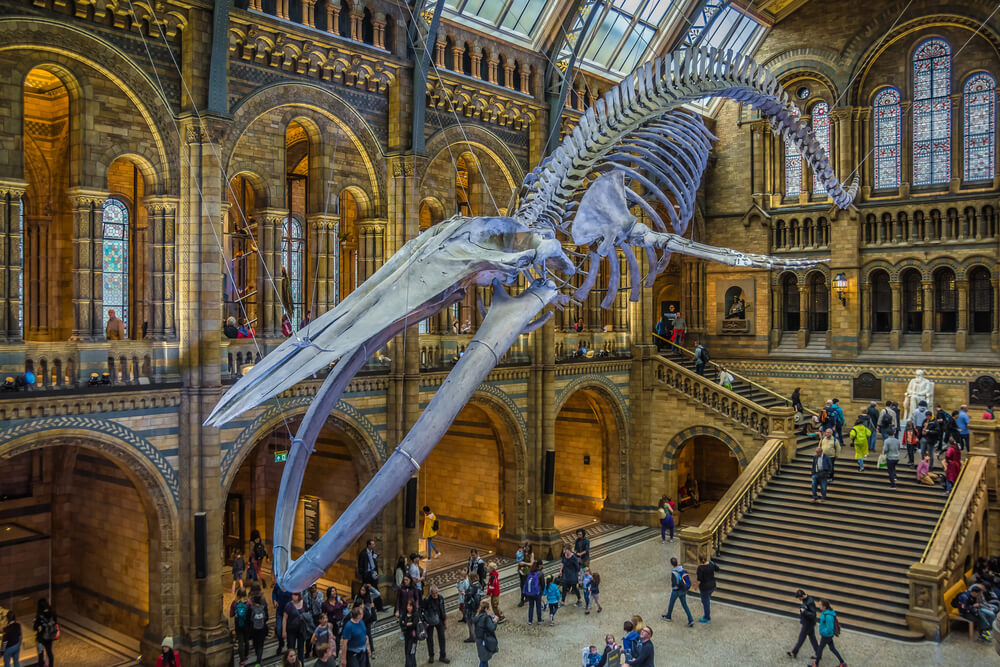 The Natural History Museum has one of the largest natural history collections in the world. With a breathtaking permanent collection of 80 million items. The museum in London has galleries including dinosaurs, big cats and even Fantastic Beasts, a current exhibition where magic and nature mix. 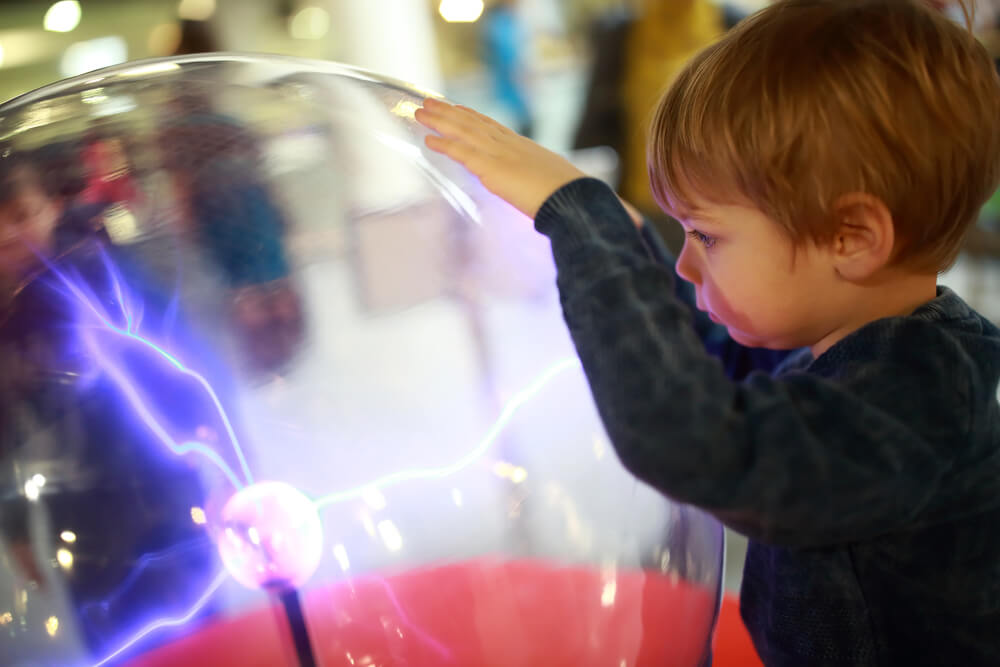 The Science Museum in London is a fantastic experience for both young and old. This energetic museum brings science to life in ways even the best lecturer cannot achieve. The museum houses a variety of activities and experiments, ranging from flight simulators to 3D cinemas. The Science Museum is a great day out. 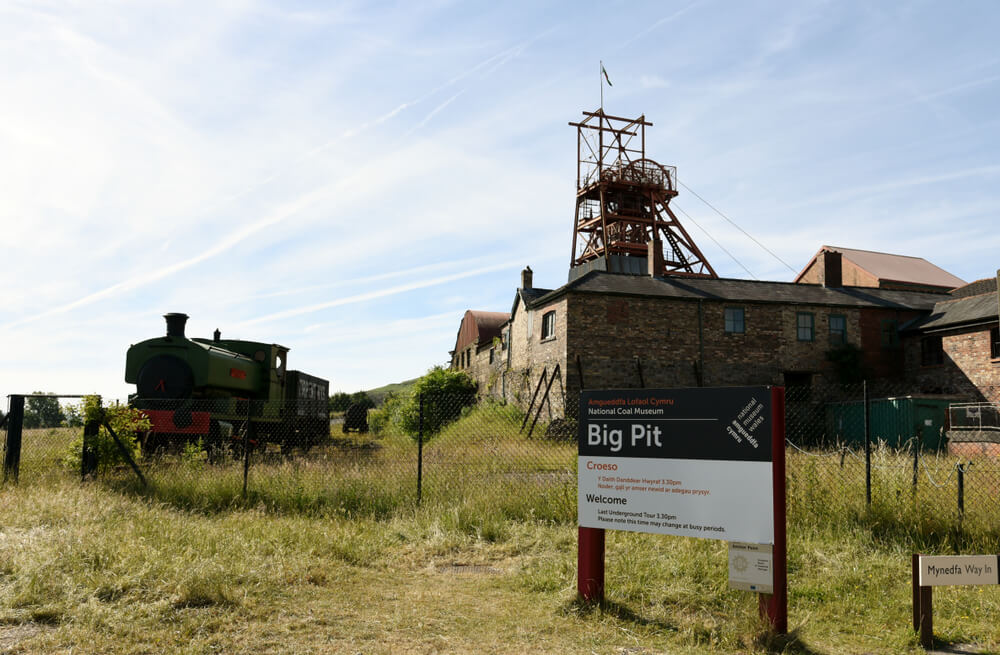 Big Pit National Coal Museum in Pontypool is a chance to experience what it was really like inside a coal mine. You’ll have the opportunity to descend 300 feet and be guided through an original mine. To descend, you have to wear the same equipment the miners did. This museum is very much living and gives you a sense of life in the pits.

9. The Victoria and Albert Museum 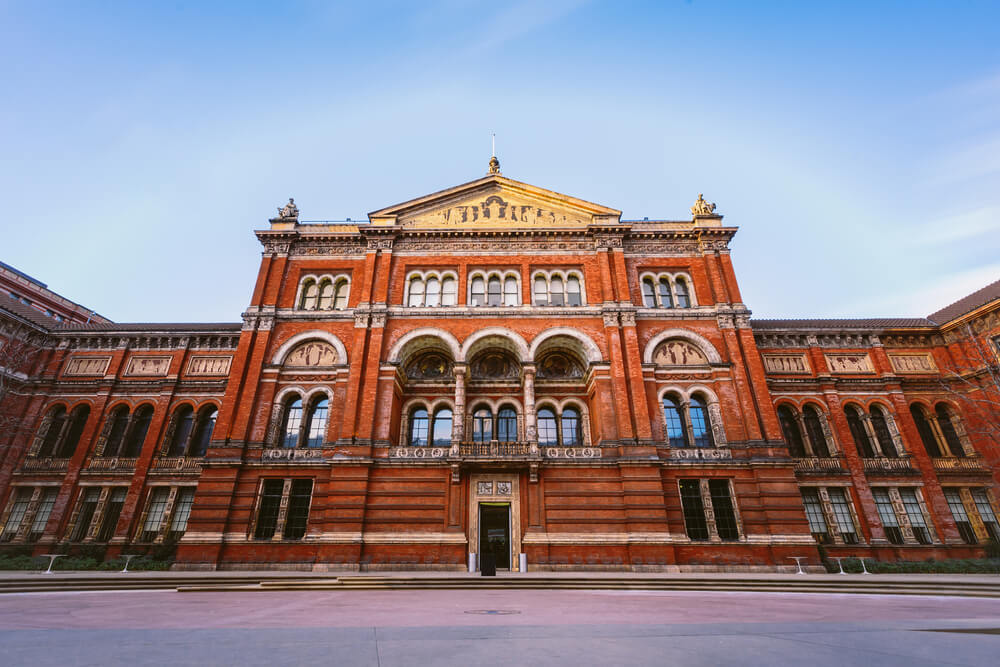 The Victoria and Albert Museum, known as the V&A, was founded in 1852 in London. Since then, the museum has grown to house over 4.5 million different objects. These range from historic paintings to designer handbags. The museum focuses on design and the way it has changed over time.

Best for: A history of Scotland 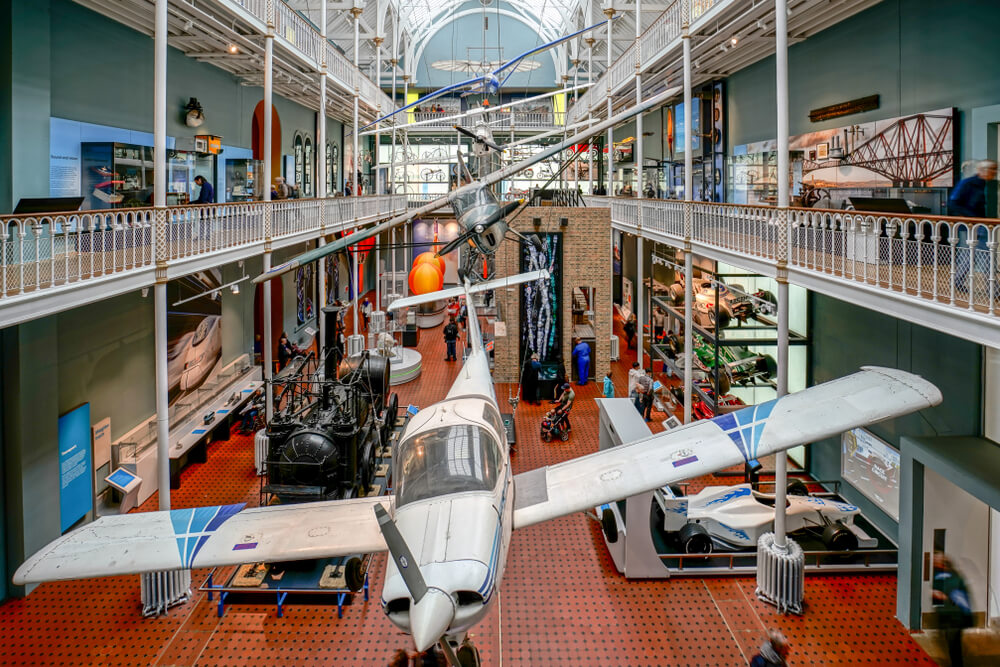 The National Museum of Scotland in Edinburgh takes you through Scotland’s turbulent history and shows exhibits from around the world. This is a very child-friendly museum, and there is lots to see and do whilst exploring the different exhibitions.

Best for: Over one hundred years of warfare 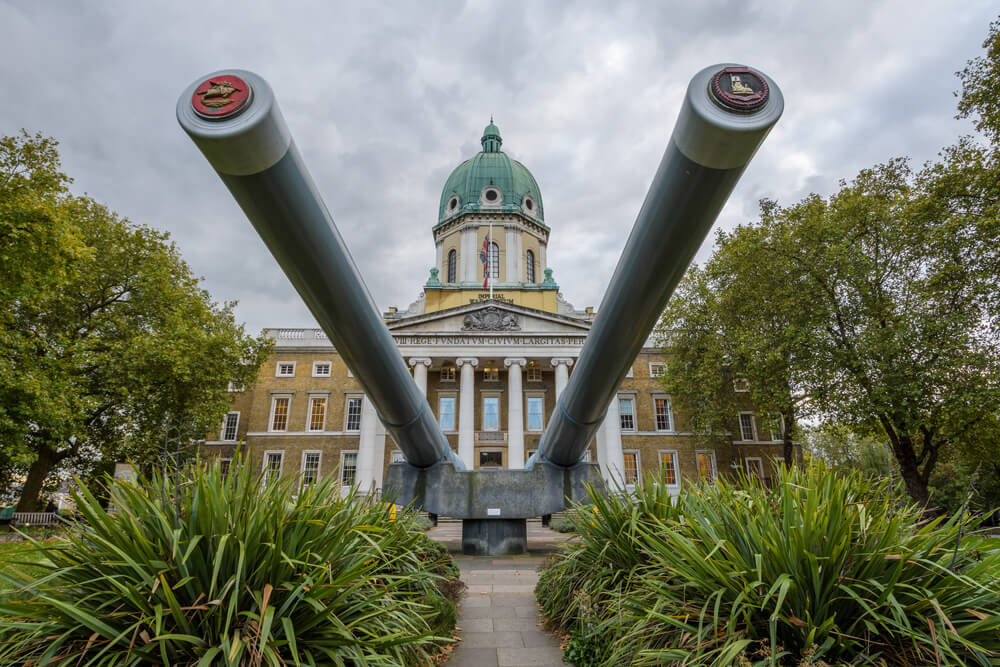 The Imperial War Museum in London focuses on warfare and its impact on people from World War One to modern wars. The museum’s collection includes grand exhibitions that immerse you in history, such as a history of bombs and the Holocaust Exhibition.

Best for: Artifacts from around the world 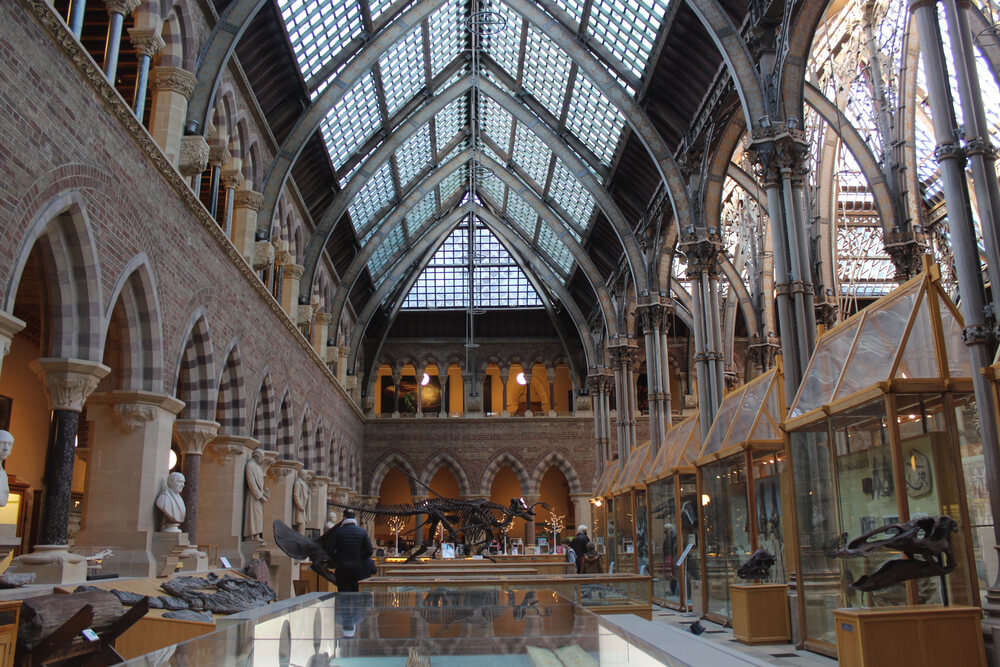 Pitt Rivers Museum in Oxford began as a collection from one explorer. Now it has over half a million items, many of which are displayed in the beautiful building in central Oxford. Containing artefacts from all over the world, the sheer scale of this museum is breathtaking. 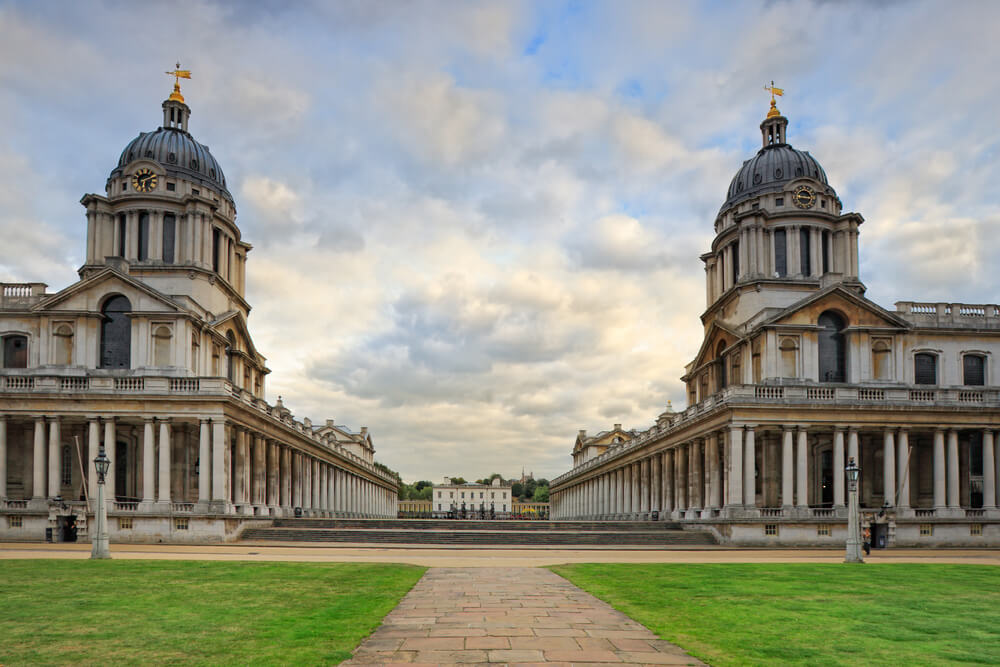 The National Maritime Museum in London houses a huge collection of Naval artefacts from Britain’s past. Turner’s Trafalgar is hung in its own gallery, the uniform Nelson was wearing when he died is on display, complete with a bullet hole from the fatal shot. There is a lot to see and do in this incredible museum.

Best for: A history of the docklands 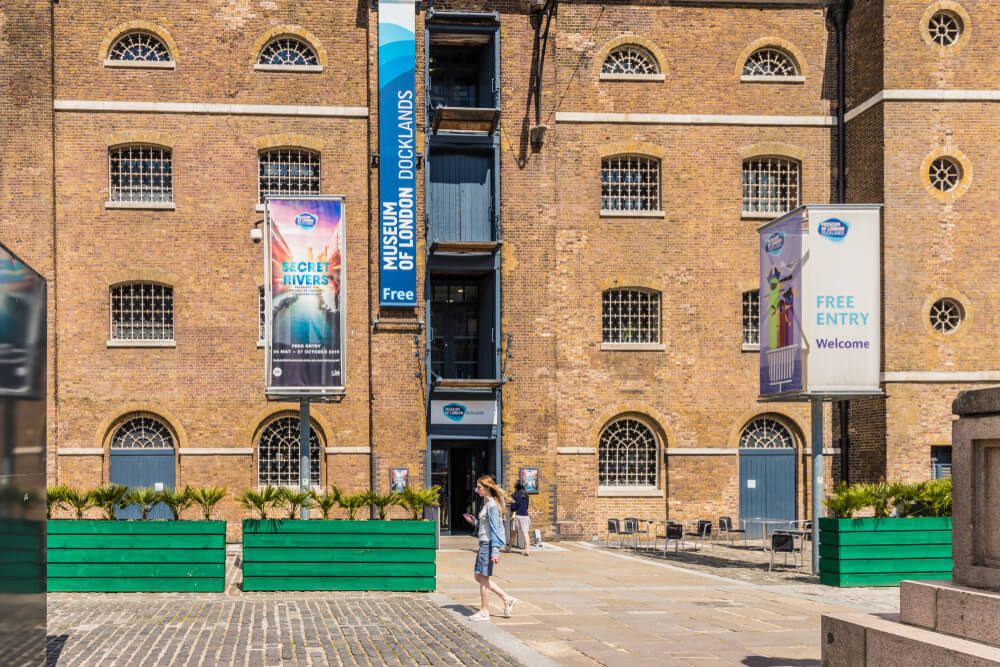 Museum of London Docklands focuses heavily on the docklands area and its impact on the city of London and further afield. The museum is very child friendly with lots of family activities to take part in.

Best for: The British Army 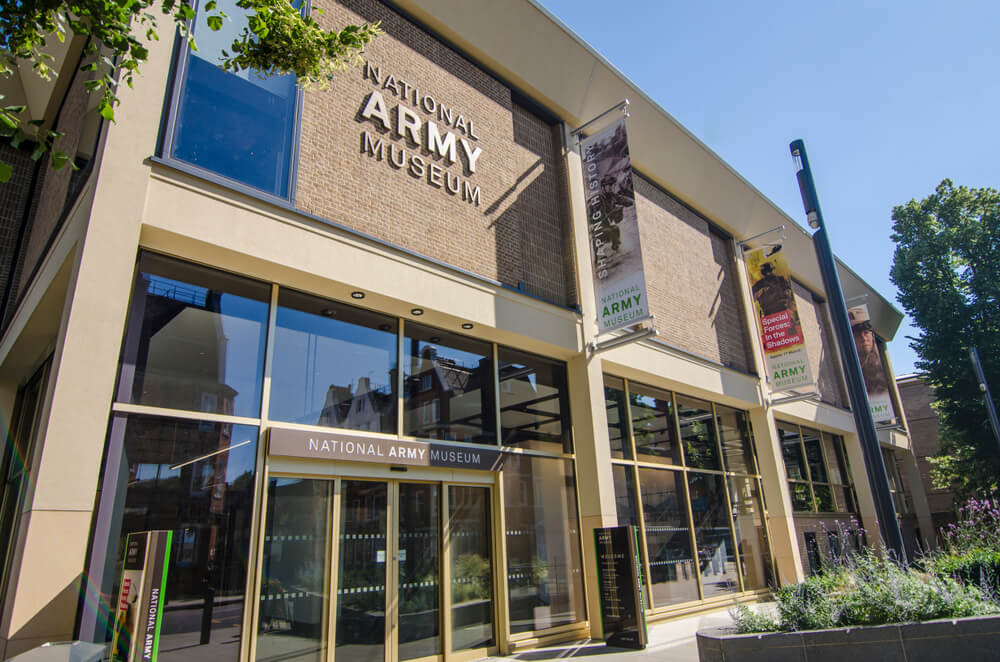 The National Army Museum in London concentrates on the British army from the civil war to modern-day conflicts. Exhibitions include a recreation of the Waterloo battlefield and uniforms from famous characters such as Wellington and Lawrence of Arabia.

Best for: Sculpture and art 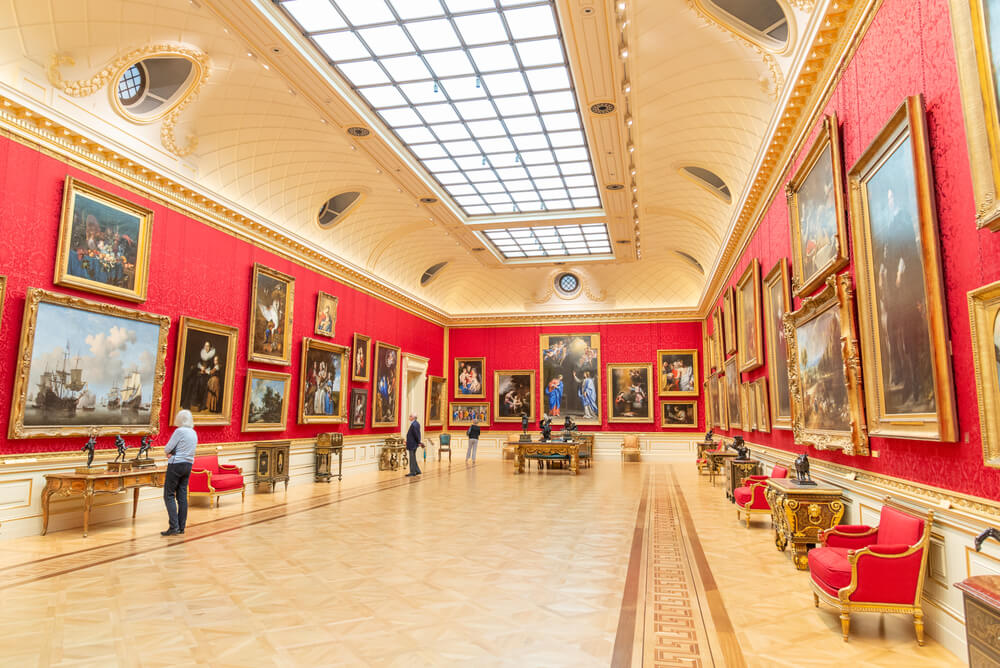 17. The Grant Museum of Zoology

Best for: The marvels of nature 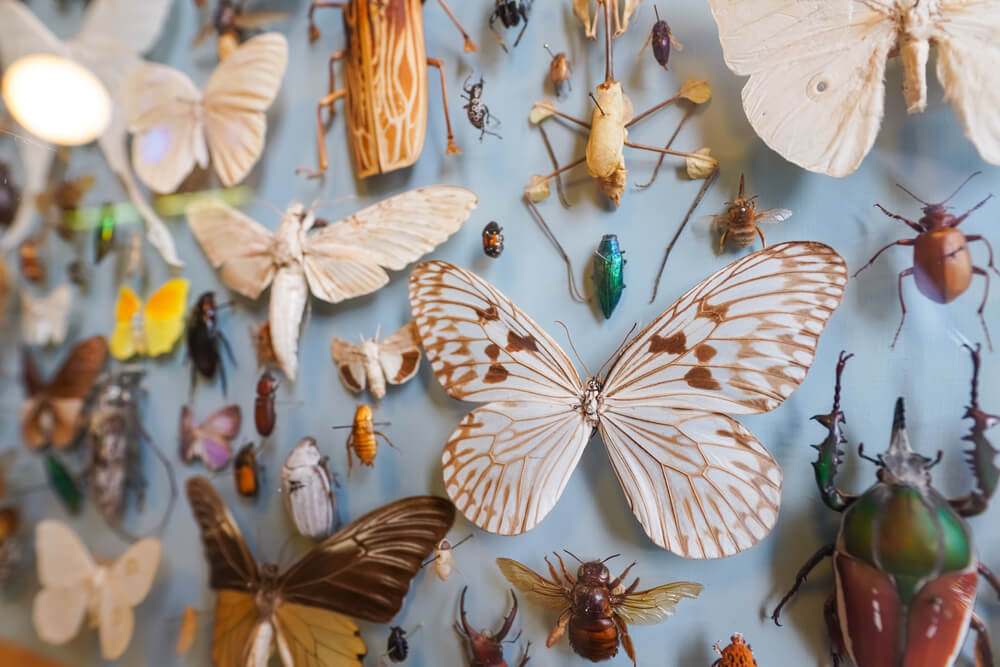 The Grant Museum of Zoology in London holds an extensive collection of 65,000 specimens. As a university museum, it is full of exciting exhibits that explore the natural world, from Dodos to the world’s rarest skeleton.

Best for: A little bit of everything 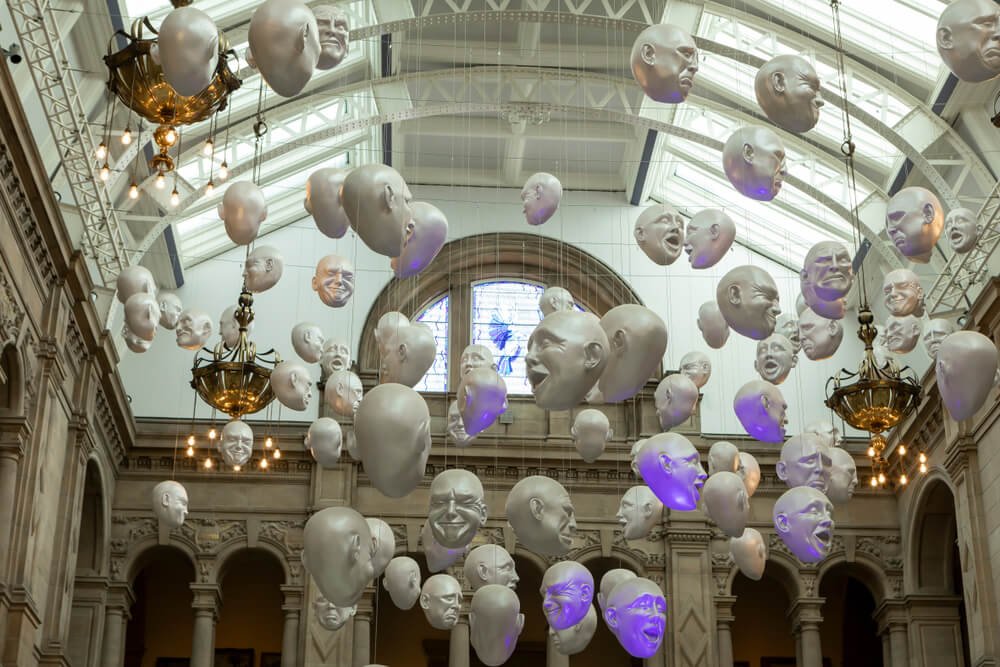 Kelvingrove Museum in Glasgow is a stunning building both outside and in. Holding a wide range of pieces from paintings to penguins, this is a museum to get immersed in and enjoy with the family. 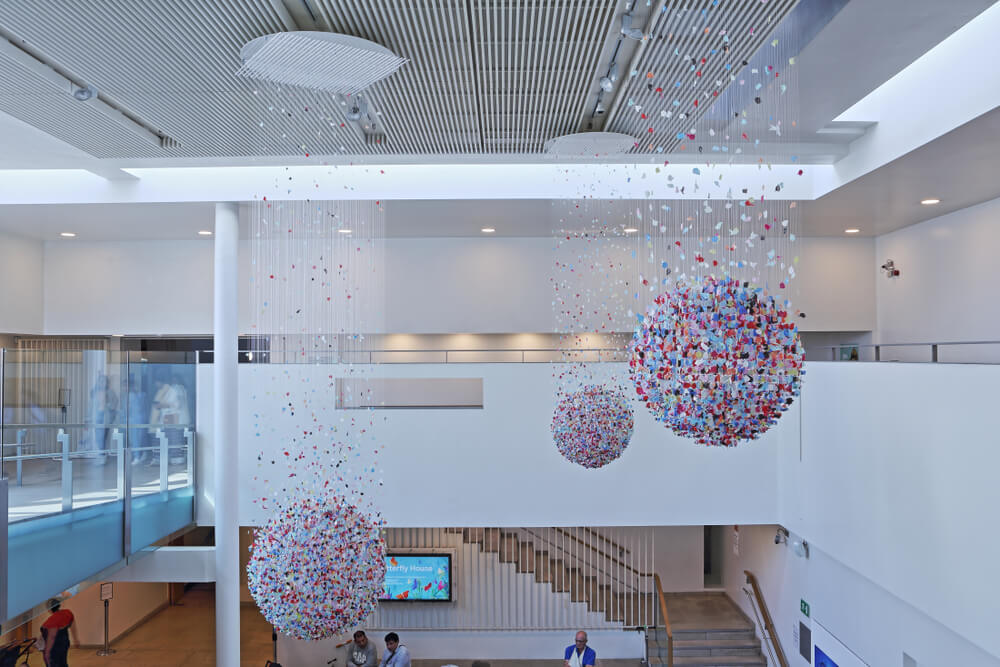 The Horniman Museum and Gardens in London is a great place to explore. With 9,500 musical instruments, this museum of many cultures is perfect for budding musicians. The gardens contain many attractions, including a butterfly house and even crazy golf.

I discovered my passion for writing whilst travelling in Africa. Now I have my own business called Ripple Copywriting. I live in Oxfordshire and enjoy Rugby (Wasps), archery and photography.

Seven board game cafes in the UK

21 screen-free activities to do with the kids

11 best spring walks in the UK