Most sustainable ways of getting to Northumberland National Park

In collaboration with our partner Campaign for National Parks, we’re advocating for more to be done to enable everyone to access the national parks sustainably. Although a quarter of households do not own a private car, 83% of visitors travel to the parks by car. To combat this, we’ve provided information on sustainable travel options, for Northumberland National Park, to open up the park to new visitors and reduce environmental damage.

Northumberland National Park is a very special spot indeed. It’s England’s northernmost national park and also has the fewest visitors, meaning it’s a calm and tranquil spot all year round.

Spanning over 400 square miles, the park boasts an array of beautiful visitor attractions including Tyne Valley, Bardon Mill, Cheviot Hills, The Sill, a collection of ancient Roman forts and Hadrian’s Wall World Heritage Site. What’s more,  with some of the darkest skies in England, this is the perfect spot for stargazing the night sky.

However, with air pollution becoming more and more of a problem, it’s best to leave the car at home, abandon the car parks and look at more sustainable ways of getting to and around this ideal weekend away. By journeying to the park responsibly, you’ll be protecting the clean air and stunning scenery you’re coming to enjoy in the first place.

Ways to get to Northumberland National Park 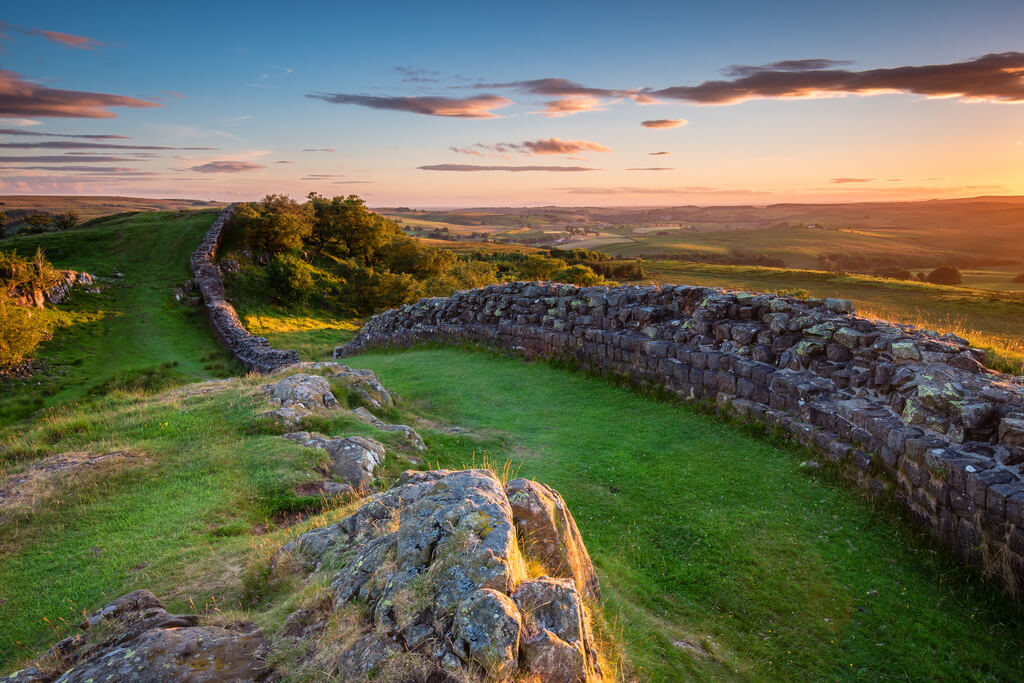 Set in the North East of England, nestled by the border with Scotland, the park can be accessed using a rich network of bus, coach and train routes. Travelling by public transport is a more sustainable alternative to driving and can often be cheaper and more convenient too.  By reducing the carbon footprint of your journey, you’re ultimately helping to protect and preserve the UK’s beautiful landscapes.

Set on the London to Aberdeen and London to Edinburgh train lines, visitors can choose from a variety of stops depending on where they want to visit in the park. Once you’ve arrived at the station, you can catch a public bus further into the park itself.  The train journey takes less than three hours and services run regularly from London Kings Cross.

Those travelling by coach should catch the National Express or Megabus service to Newcastle, before connecting with the region’s regular local bus service which will take them into the park itself. 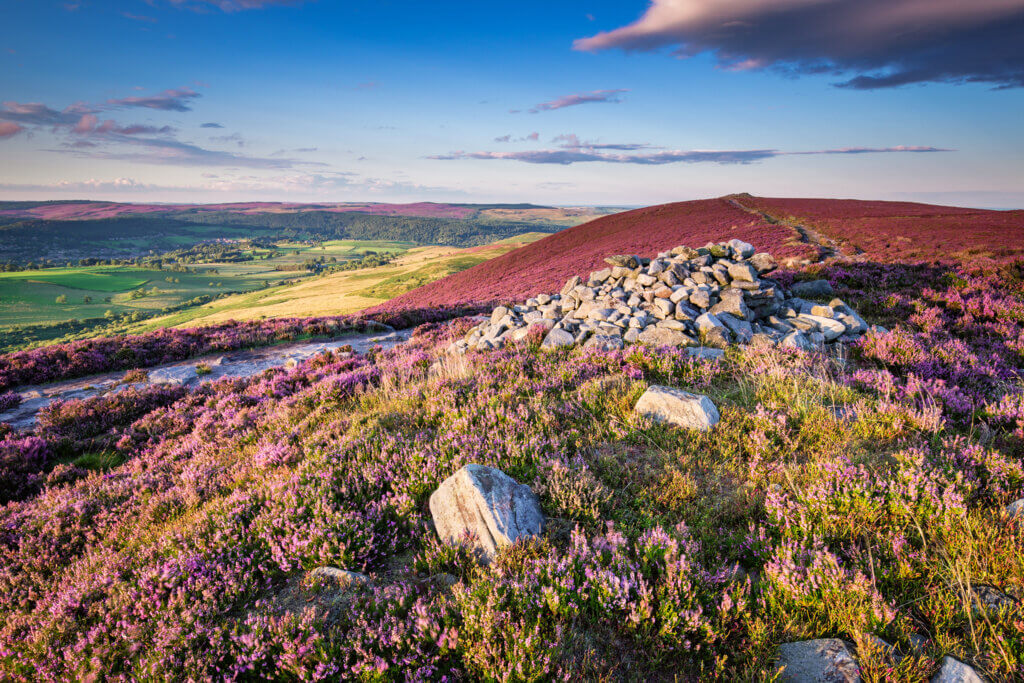 Close to the Anglo-Scottish border, Northumberland National Park is 305 miles away from London and is easily reachable by a variety of public transport routes. The journey takes approximately three hours by train or six hours by bus. Once you arrive, there’s a variety of local public transport services to get you from A to B.

Reaching Northumberland National Park by train from London is a breeze. Simply catch the London to Aberdeen or London to Edinburgh East Coast mainline train from Kings Cross and get off at the most suitable stop, depending on where you want to go in the park itself.

Stops on the route include Newcastle, Morpeth, Alnmouth and Berwick-upon-Tweed, so be sure to research whereabouts you want to go in the park and choose the nearest stop. The city of Newcastle is a hub for local public transport, so you may have more bus route options if you decide to stay on until you reach the city.

With direct bus and coach services between London and Newcastle, travelling to the park by coach is actually not as big a slog as it sounds. National Express and Megabus both operate direct services to Newcastle’s bus station from London Victoria. The journey takes about six hours and the prices are very reasonable – the ideal option if you’ve got a bit more time and are trying to stick to a budget.

Cheapest ways to get to Northumberland National Park

Although travelling by coach takes about double the time as travelling by train, it is also less than half the price. Meaning if money, rather than time, is an issue for you then travelling to Northumberland National Park by coach is the way to go. However, if you simply don’t have the time for the coach journey, then you can be savvy and save on the train tickets by investing in a railcard and booking well in advance.

Train stations in and around Northumberland National Park 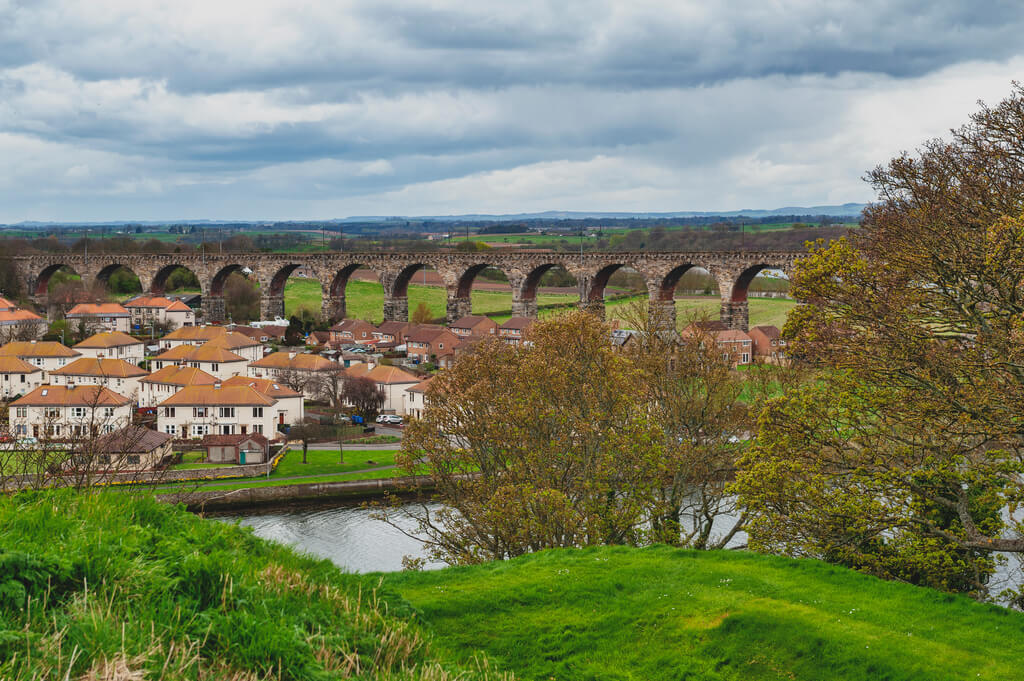 There are a variety of train stations around Northumberland National Park – the key is deciding on the best one for your trip. Key stations for park visitors are Wylam, Prudhoe, Stocksfield, Riding Mill, Corbridge, Hexham, Haydon Bridge, Bardon Mill, Brampton and Haltwhistle.

Best station to get to Northumberland National Park from London

This really depends on where you’re going to in the park itself. Direct services to the key stations run from London Kings Cross daily, so it’s worth doing the research and picking your stop depending on what you want to visit in the park. Brampton and Haltwhistle are the closest stations to Hadrian’s Wall, while Bardon Mill is the closest stop to The Sill: National Landscape Discovery Centre.

Getting around Northumberland National Park by public transport

On arrival at Northumberland National Park, you’ll find an array of excellent local public transport routes, perfect for getting you around the park in a quick and convenient manner. Arriva operates an excellent Coasts and Castles bus service, with extra routes running during the summer and peak times.

There’s also the award-winning Hadrian’s Wall Bus which runs during the summer months, making it easy for visitors to get out and explore this legendary part of the landscape. 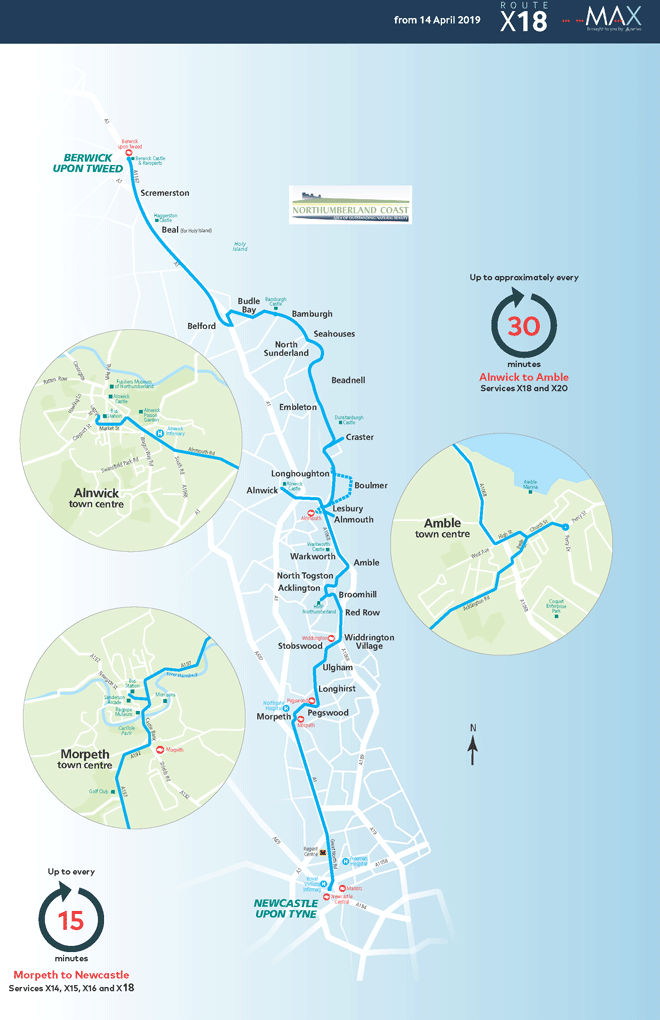 In addition to the public bus services, there’s also a great local train network ready and waiting to take you from A to B in no time at all. Cross Country trains run west from the city of Newcastle and The Tyne Valley Railway operates the Hadrian’s Wall Country Line, which has stops all along the route of the wall. The route has three services an hour and visitors can purchase a day ticket which enables them to hop on and off all day long.

Spring and summer are the best months to visit the park as the weather is milder and the days longer – meaning more time for exploring. Also, as there are special summer services put on by the local public transport, it will be much easier to travel around.

As this is one of the UK’s quietest national parks, you don’t need to worry too much about visiting in ‘peak’ hours. Unlike more popular beauty spots, such as the Lake District, Northumberland National Park is always a peaceful and tranquil spot – ideal if you’re looking to escape the rush.

You’re visiting the national park to immerse yourself in the beauty of nature, so what better way to experience this than on foot or by bike? There are over 600 miles of marked trails, footpaths and bridleways which intersect the rich and rugged landscape of the park. From relaxing rambles to long distance treks, hikers and bikers of all levels are sure to find a suitable trail in Northumberland National Park.

One of the most famous routes is, of course, Hadrian’s Wall Path. This long distance footpath runs for 84 miles between Wallsend, on the east coast, to Bowness-on-Solway, on the west coast. The route follows Hadrian’s Wall – a defensive structure built by the Romans in AD 122, on the instructions of the emperor Hadrian.

The path is a lovely walk,  passing by Roman forts, picturesque market towns and welcoming pubs, with plenty of great views along the way. Don’t fancy walking the whole thing? You can follow Hadrian’s Wall Cycle Route instead, which takes about two to three days. Alternatively, you can just pick sections of it to complete during your visit. That way you have yet another reason to come back to the park for a second visit.

Not only will you get a better experience exploring Northumberland National Park by bike or foot, but you’ll also be travelling in the most environmentally-friendly way possible. Both methods are pollution-free ways of travelling and help protect the environment from air pollution and carbon emissions. What’s more, travelling under your own steam is a cost-effective and independent way to discover a new area. Wave goodbye to paying for petrol or waiting around for buses – it’s time to get on your bike or walk the walk.