Discover the local history of Devon by visiting a nearby museum or gallery. A good collection of maritime museums, historic abbeys and heritage centres can be found dotted along the county. Whether you’re a train enthusiast, a keen historian or perhaps simply wanting to expand your cultural knowledge – you’re bound to find somewhere you like. Our museum guide is here to help you plan your next break on the picturesque South West coast.

Location: Lyme Regis
Best for: Learning about the prehistoric history of the Jurassic Coast.

Located on the heart of the dramatic Jurassic Coast, the Lyme Regis Museum is home to a world-class collection of prehistoric fossils and geological discoveries. While the museum appears deceivingly small, it’s packed full of intriguing displays accompanied by detailed and interesting facts.

The museum also hosts regular ‘Fossil Walks’, which include a guided tour on the nearby beach in Lyme Regis. You’ll have the opportunity to discover and bring home your very own fossils – a unique keepsake from your holiday.

Find out more about the Lyme Regis Museum >

Best for: Discovering the natural history of the planet.

Located in Exeter, the award-winning Royal Albert Memorial Museum holds a diverse collection of over one million objects, including examples of zoology, fine art, local and overseas archaeology. The museum offers free entry for all visitors.

Founded in 1868, the museum is housed in a Gothic Revival building that has undergone several extensions during its history. The museum was re-opened in December 2011 after a redevelopment lasting four years. Since its re-opening, the museum has received several awards including “Museum of the Year” by The Art Fund charity in 2012.

Find out more about the Royal Albert Memorial Museum >

Best for: Enjoying a delicious picnic on the beautiful garden grounds.

Torre Abbey, established in 1196, is a museum of history and art housed in an Ancient Scheduled Monument on the beautiful South Devon coast.  It is now considered the best-preserved medieval monastery in Devon and Cornwall.

Torre Abbey in Torquay is renowned for its art collection, regular exhibitions and tranquil walled gardens containing a multitude of exotic plants.  This natural haven is beautiful and perfect for walking or picnicking. While you’re there, visit the Torre Abbey Tearooms for a coffee and a freshly-baked cake.

Find out more about Torre Abbey >

Best for: Imagining yourself sailing the seas in a mighty vessel.

Originally built in 1963 for BBC filming purposes, The Golden Hind Museum Ship is now a permanently anchored feature of Brixham Harbour.  The Golden Hind is a replica of the original ship that belonged to the famous navigator Sir Francis Drake. The ship remains an accurate representation of life on board a traditional ship in the age of exploration.

Sir Francis Drake is best remembered as an explorer. In his most famous ship, the Golden Hind, Drake became the first Englishman to navigate the globe in an epic expedition of plunder and discovery over 435 years ago covering over 360,000 miles. Unfortunately, you won’t find any treasure troves hidden away in the cabin of this ship.

Find out more about The Golden Hind >

Location: Buckfastleigh
Best for: Enjoying a memorable day out with all the family.

Hop aboard the South Devon Railway for an authentic steam train journey along the picturesque valley of the River Dart. Listen to the steam engines chug away as you sit back in comfort and soak up the incredible views. Once the journey is over, pop into the museum for an insight into the history of this 19th-century railway line.

A collection of artefacts, posters and photographs map its beginnings – railway enthusiasts will be keen to learn more. The museum in Buckfastleigh is also great for kids, providing several interactive exhibits where they can find out how a steam train operates.

Find out more about the South Devon Railway >

Discover the maritime history of Devon at the North Devon Maritime Museum, in the seaside village of Appledore. Inside, you’ll learn more about the shipbuilding history of the area, as well as an insight into the fearsome Barbary pirates who targeted Devon for over three centuries.

The museum is housed in a Georgian Grade II listed building, which over the years has been home to a number of ship owners and master mariners. Covering the history of the town from the 14th century to the second world war, the knowledgeable staff in the museum are on hand to help you learn even more.

Find out more about the North Devon Maritime Museum >

Location: Umberleigh
Best for: Those with an interest in military history. 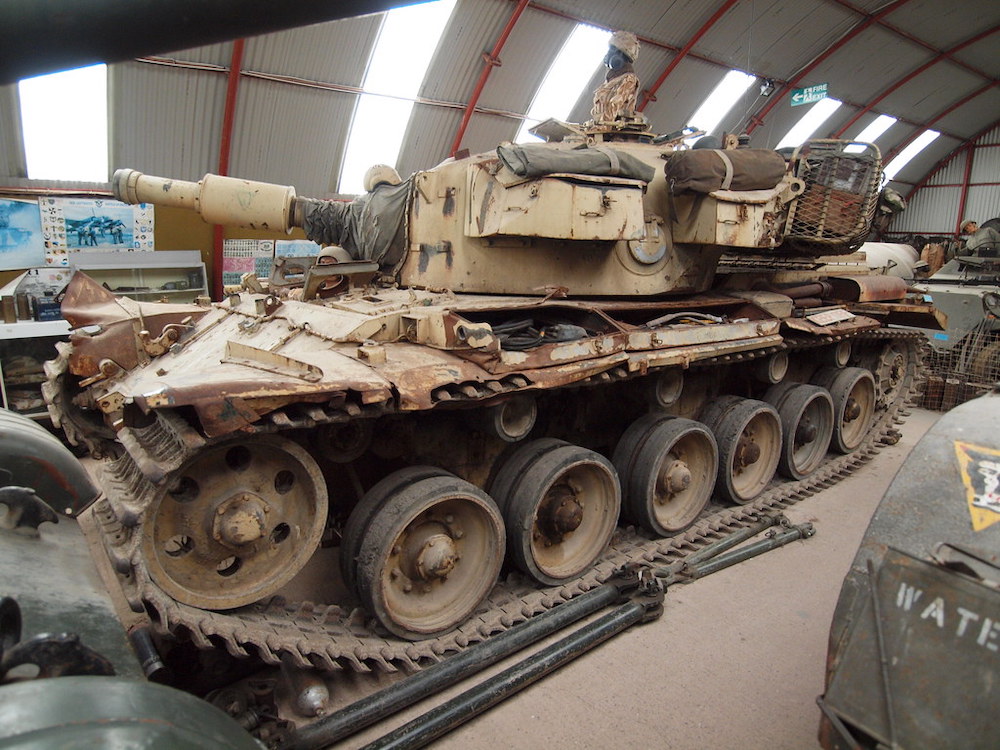 The Cobbaton Combat Collection is a family-run museum in Umberleigh, home to over 60 military vehicles from World War Two, the Boer War and the First Gulf War. You’ll also discover military surplus from the British Army, along with those from Russia, America and Canada. Authentic tanks, guns, and grenades are just a few of the historic objects on display.

Hidden in Devon’s countryside, this unique museum is a must for those with an interest in the armed forces and the military history of Britain. It was once a private collection, which has now been opened for the public to enjoy. There’s a traditional canteen wagon with a picnic area outside, where you can pick up hot drinks and snacks.

Find out more about the Cobbaton Combat Collection >

The Museum of Barnstaple and North Devon

Location: Barnstaple
Best for: Discovering more about the culture of North Devon.

The Museum of Barnstaple and North Devon is a heritage centre covering the history and culture of the surrounding area. You’ll find an impressive display of collections ranging all the way from the prehistoric era to Victorian times. Medieval pottery, Neolithic axes and ancient elephant tusks are just a small collection of the objects displayed here in Barnstaple.

The museum has recently undergone a renovation, allowing it to extend its collections and facilities. The all-new Bromley’s Tearoom now serves up traditional lunches and delicious Devonshire cream teas. Grab a seat by the window and enjoy lovely views of the square below.

Find out more about the Museum of Barnstaple and North Devon >

Best for: Those with an interest in true crime and criminology.

A somewhat unique attraction – the Dartmoor Prison Museum provides you with an insight into one of the world’s most notorious jails. Learn more about the prison’s detailed history, dating back over 200 years. Inside, you’ll find exhibits and information on the famous prisoners and some of their subsequent escapes.

While a day out in Dartmoor to a prison museum might not be for everyone, it’s a unique insight for those interested in criminology and true crime stories.

Location: Arlington
Best for: An easy-going day out at a pretty National Trust property.

Arlington Court is a neoclassical country house, built in the 19th-century. It’s now home to the National Trust Carriage Museum, where you’ll discover one of the largest collections of traditional horse-drawn coaches and carriages. Of particular interest are the children’s carriages, which were drawn along by goats, and often, their pet dogs.

While you’re there, it’s worth exploring the rest of Arlington Court’s large estate. Take a stroll along the 20-mile long footpath, where you’ll enjoy scenic ancient woodland surroundings.

Find out more about Arlington Court >

Location: Torquay
Best for: Discovering historic artefacts from across the world.

Learn about the history of the South West at Torquay Museum. The museum houses a unique assortment of exhibitions, which regularly change year-round. The Agatha Christie gallery celebrates the life of the Torquay-born and world-famous novelist, with a carefully reconstructed version of Poirot’s lounge.

If you’d prefer to learn more about the natural history of the world, you’ll find a wide range of historical delights in the ‘Explorers’ area. From Ancient Egyptian artefacts to the 19th-century Devon farmhouse collection, it’s a real versatile mix of historic treasures.

Find out more about Torquay Museum >

Hi, I'm Hannah, an avid traveller who loves nothing more than discovering hidden and tranquil beauty spots across the world, and especially in the UK. At home in North Wales, you'll find me making the most of all the great woodland and coastal walks - always finished off with a visit to a nearby eatery for some tasty food and drink!

Nine best lakes in the UK

29 great winter walks in the UK