The most LGBTQ+ friendly cities in the UK

June marks Pride Month, and to celebrate the occasion we’ve pulled together a list of the most LGBTQ+ friendly cities in the UK. Known as ‘Rainbow Cities’, each is jam-packed with LGBTQ+ owned bars and restaurants, a fantastic nightlife scene and lots of things to do and see while making everybody feel welcome.

Best for: A varied and extravagant nightlife scene 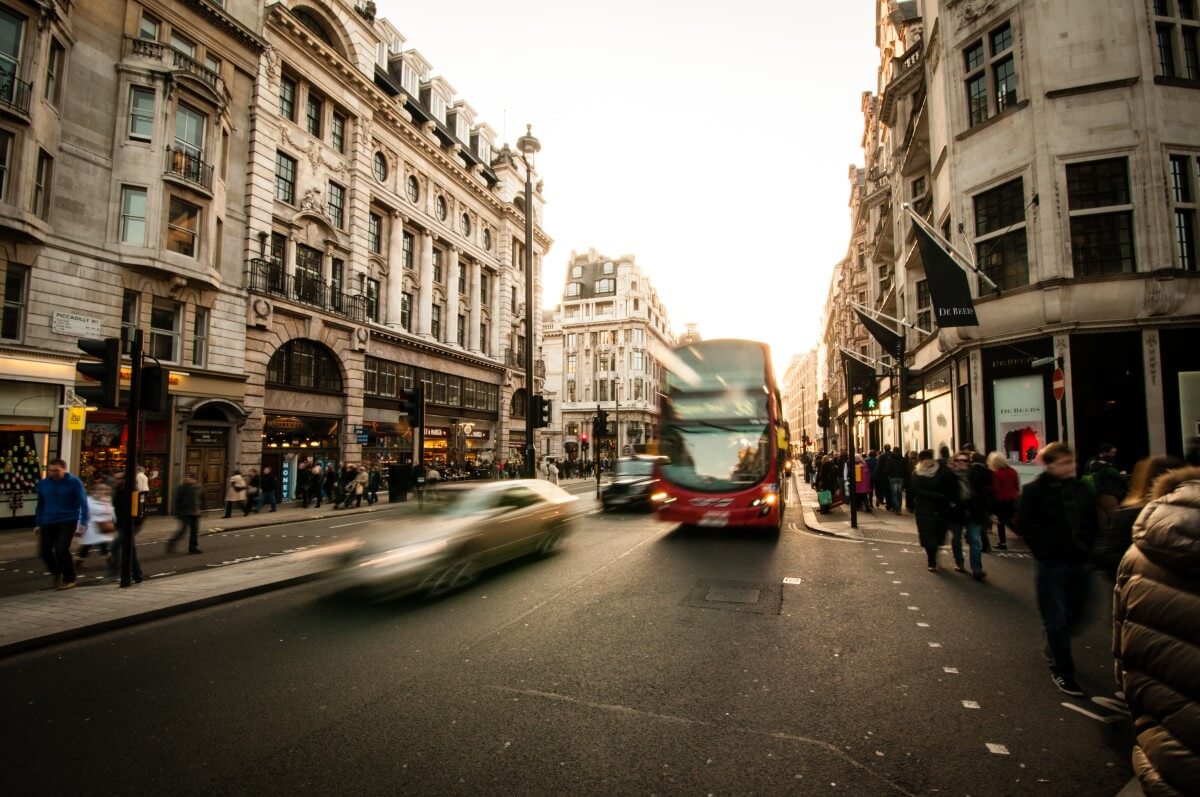 As one of the most LGBT-friendly cities in the world, London is first on our list of places to go. By day, the city has a vibrant cultural and social scene with everything from LGBTQ+ comedy and cabaret shows to pop-up galleries. In the evening, the individual areas of London come alive. Some of the best include Soho, Covent Garden and Chinatown.

If you do one thing: Head to Above the Stag Theatre, the UK’s only dedicated LGBT+ theatre which boasts an eclectic calendar of events.

Place to eat or drink: Village Soho, and its three themed floors, is an iconic venue within the community – and one that won’t disappoint.

Best for: Its vibrant and fun community feel 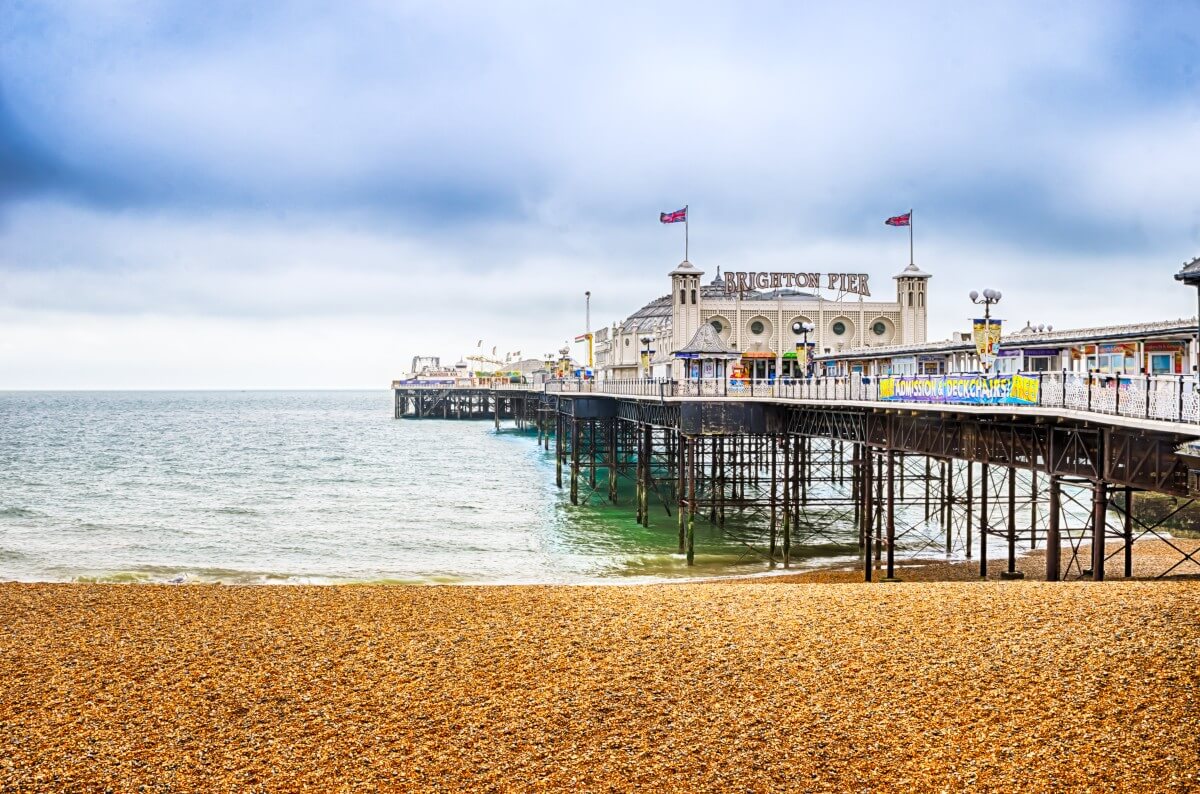 Renowned all over the world for its gay village, Brighton boasts an incredible cultural scene that everyone can enjoy. Officially ranked as the second most creative city in the UK, if art, theatre, music and performance are your thing, Brighton offers you everything you could need and more.

If you do one thing: Make sure you visit in August for Brighton’s Pride Festival – the biggest in the world.

Best for: Its annual Pride festival which is held every August 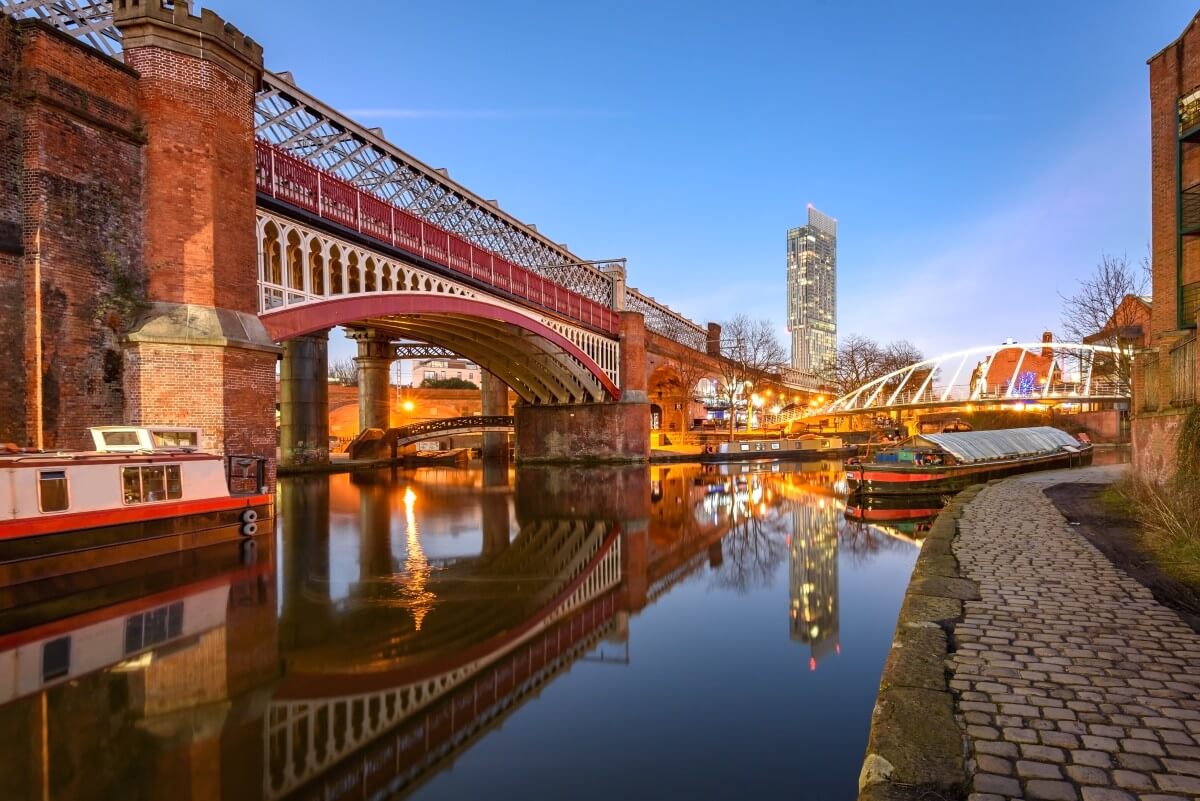 Its gay village has been named as ‘one of the most successful in Europe’ and Manchester itself is frequently described as ‘the gay capital of the North’, so we couldn’t not include it on our list. Boasting an incredible daytime and nightlife scene, as well as a whole host of LGBTQ+ friendly services. This includes the LGBT Foundation Charity and Switchboard and BiPhoria – the UK’s oldest bisexual community organisation. Manchester isn’t just focused on providing a great weekend but also long-lasting support.

If you do one thing: Visit Canal Street, the centre of the area’s gay scene since the 1960s.

Place to eat or drink:  For a night like no other, head to Centre Stage – it is committed to serving up lots of Camp Cabaret.

Best for: Its ongoing support for the LGBTQ+ community 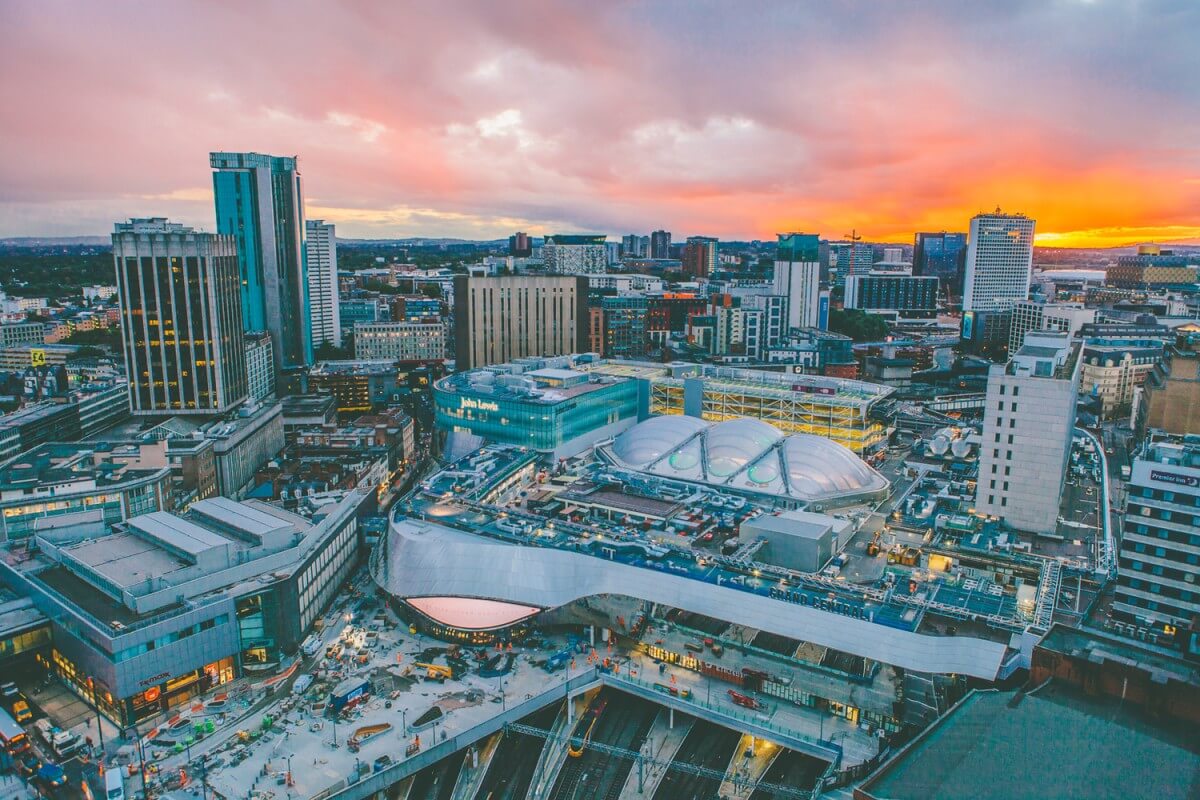 Home to a fantastic gay village, as well as plenty of clubs, bars and shops and an annual Pride festival, Birmingham is a great place to visit for all. It’s not just about having a good time either as the city also has its own dedicated centre that helps the LGBTQ+ community with health and wellbeing advice.

If you do one thing: Birmingham LGBT is a charity which offers support and advice to the LGBT community – it also has some great workshops and exhibitions on.

Place to eat or drink: Eden, and its regular drag queen shows, will certainly not disappoint.

Best for: Its annual calendar of LGBTQ+ events 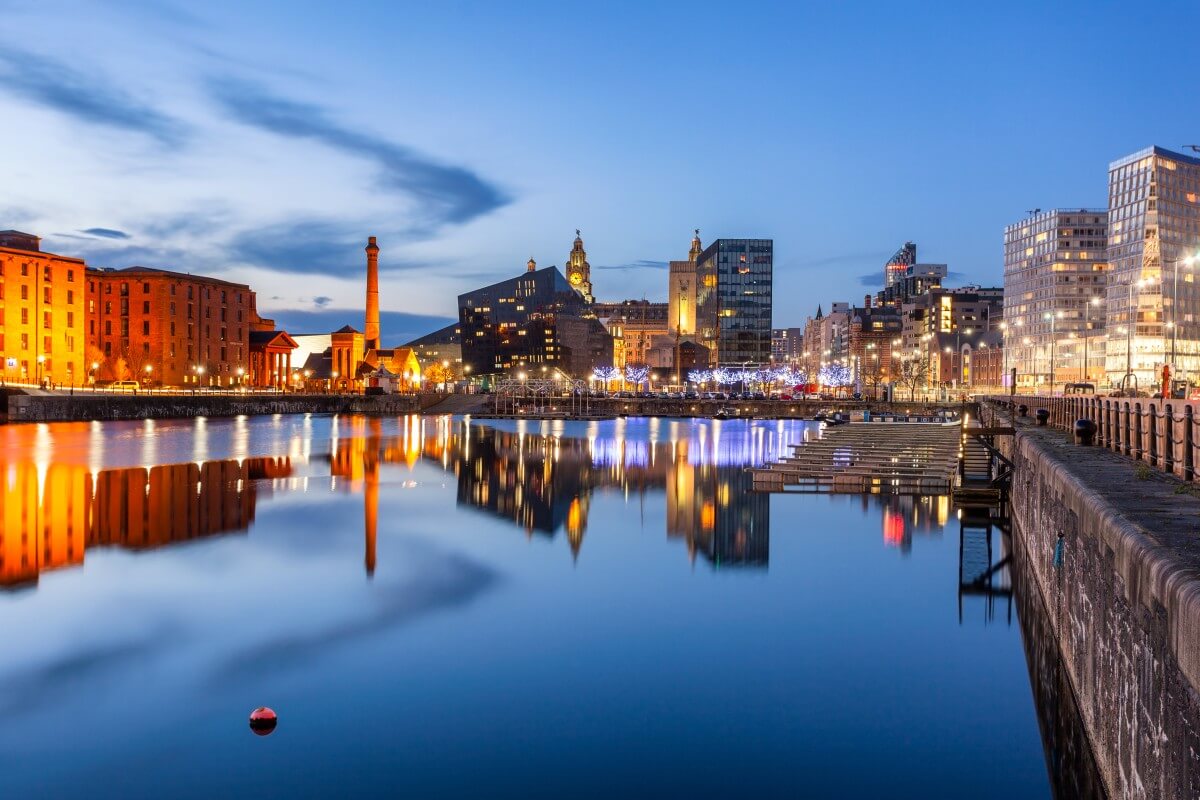 With one of the biggest LGBT populations in the UK, Liverpool is home to a wide range of bars, restaurants, clubs and activities ideal for all ages, budgets and tastes. It’s also the first British city that has officially recognised The Pride Quarter with rainbow flags leading the way to the Stanley Street Quarter.

If you do one thing: Go to the annual Homotopia Festival – it is the UK’s longest running LGBTQIA arts and cultural festival, they’ve been around for nearly 20 years and are one of the biggest LGBTQIA arts organisations in the whole of the UK.

Place to eat or drink: Lisbon Bar on Stanley Street is a basement bar open until the early hours.

Best for: A variety of events for all ages and tastes 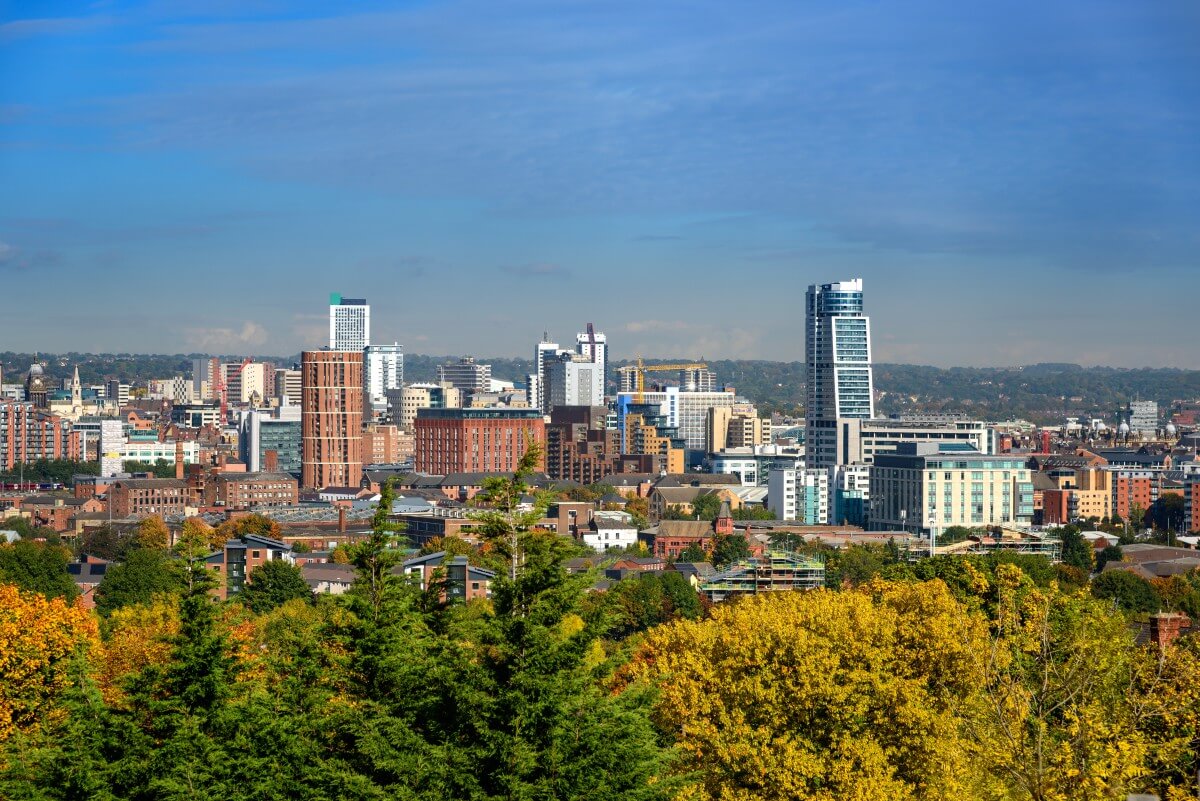 Head to Leeds for an LGBTQ+ celebration and you won’t be disappointed. Spend your days exploring the thriving arts and culture scene and, in the evening, head to The Calls for a night like no other. From dance shows and underground raves to live music nights and dedicated comedy, you really will find something for everyone.

If you do one thing: Blow away last night’s cobwebs at Flamingos – Leeds’ LGBTQ+ coffee house.

Place to eat or drink: The Viaduct Showbar is an award-winning entertainment venue that’s open every day and has a vast selection of cabaret, DJ and live music shows.

Best for: A varied daytime and nightlife scene 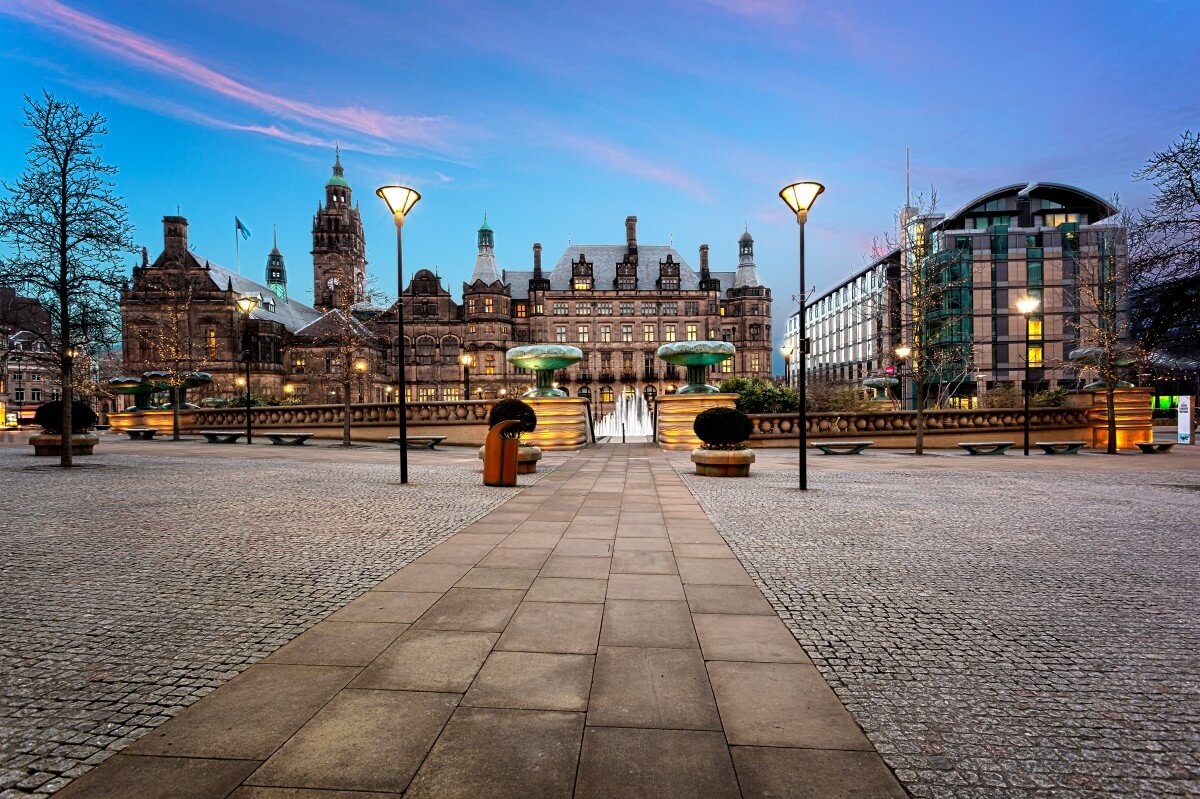 Sheffield might not have been on your list as a place to visit but when it comes to LGBTQ+ it offers a friendly and fantastic trip away. Relatively new on the scene, its gay quarter was only established in 2018 but now encompasses The Moor, Hereford Street and the long-running Dempsey’s bar and club.

If you do one thing: Andro and Eve have a thriving events calendar featuring pop up events like film nights, spoken word evenings and drag king nights.

Place to eat or drink: Dempseys is the biggest gay bar in the city – open seven days a week until the early hours, there’s even karaoke to tempt you…

Best for: Its small yet friendly scene 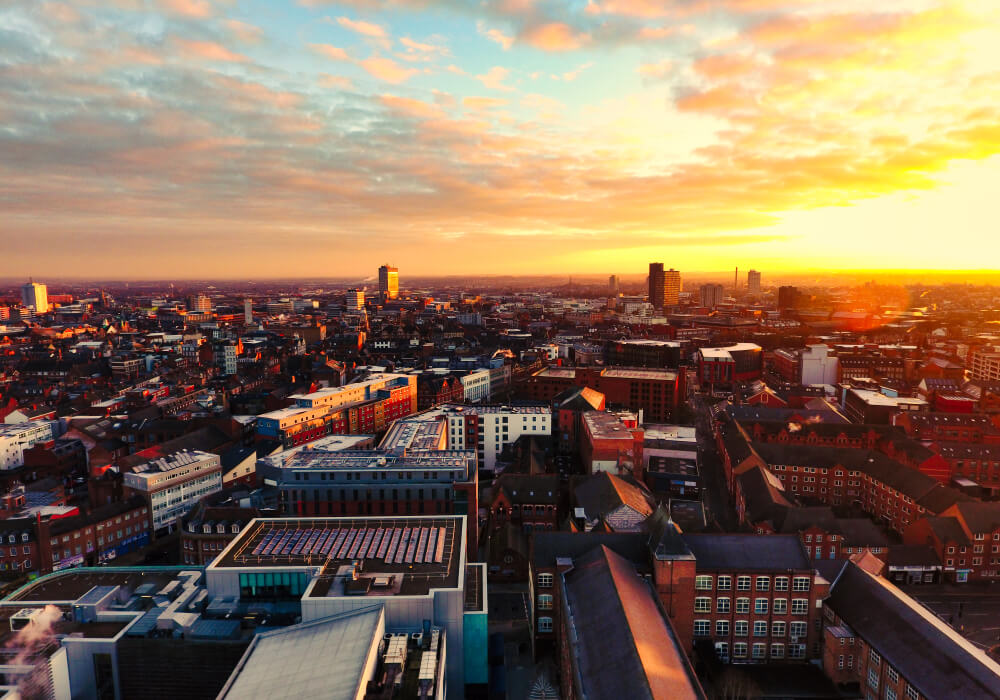 While it might not have the biggest LGBTQ+ scene in the UK, Leicester is home to an intimate, friendly and personable LGBTQ+ community. As well as an annual Pride festival, which attracts thousands of visitors, good fun hotspots include Charles Street, Dover Street and the Belgrave Gate area.

If you do one thing: The Leicester LGBT Centre was founded in 1970 to offer support and advice, and now hosts regular local meetings, events and film screenings.

Place to eat or drink: Head to the Rainbow & Dove Gay-friendly cafe/bar, known for cocktails and salads.

Best for: Its rich and colourful LGBTQ+ history 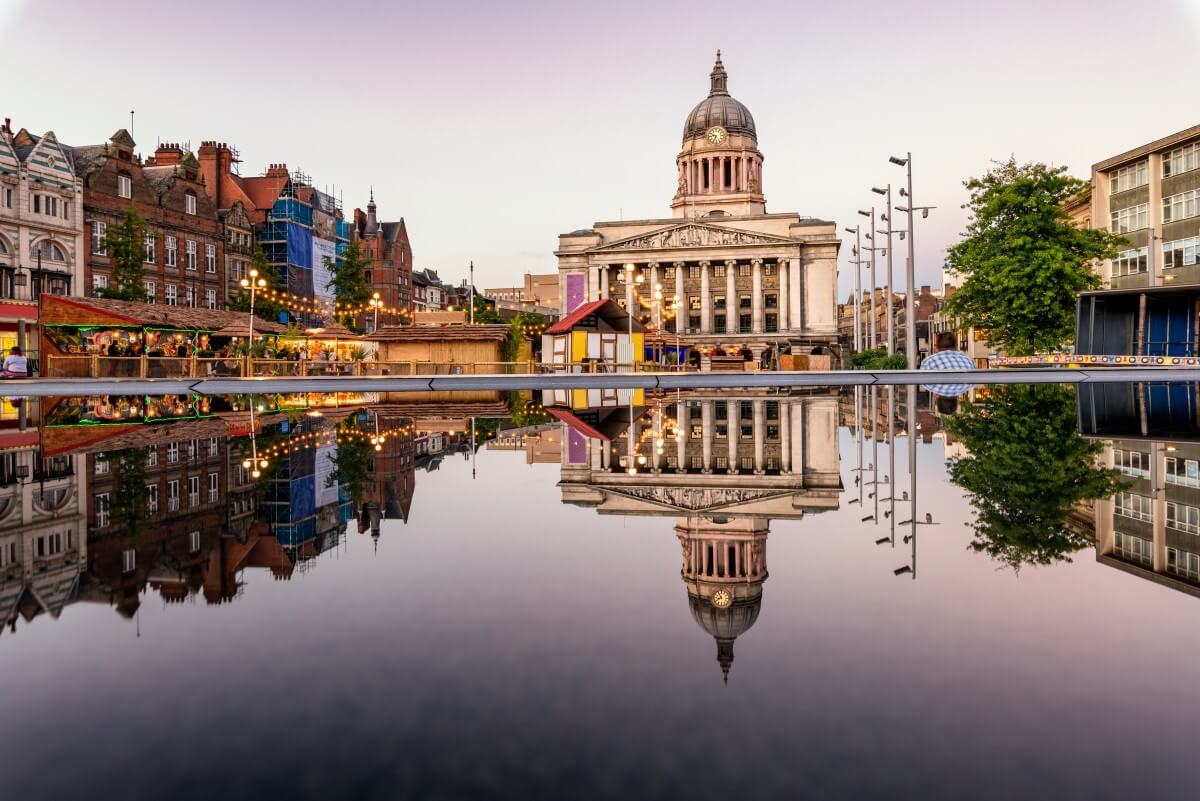 Not only does Nottingham have an incredibly varied LGBTQ+ scene but its history is just as impressive. The first ever official licensed gay club was opened here as well as the first trade union support group for LGBT members. Plus, the first professor of Gay and Lesbian studies also came from Nottingham! If that’s not enough to tempt you either, there’s always something going on here too…

If you do one thing: Head to Broadway Cinema and check out the range of LGBT films on show.

Place to eat or drink: The New Foresters Pub on St Ann’s Street offers a traditional pub vibe with open arms for everyone.

Best for: A cultural weekend filled with LGBT bars, restaurants and activities 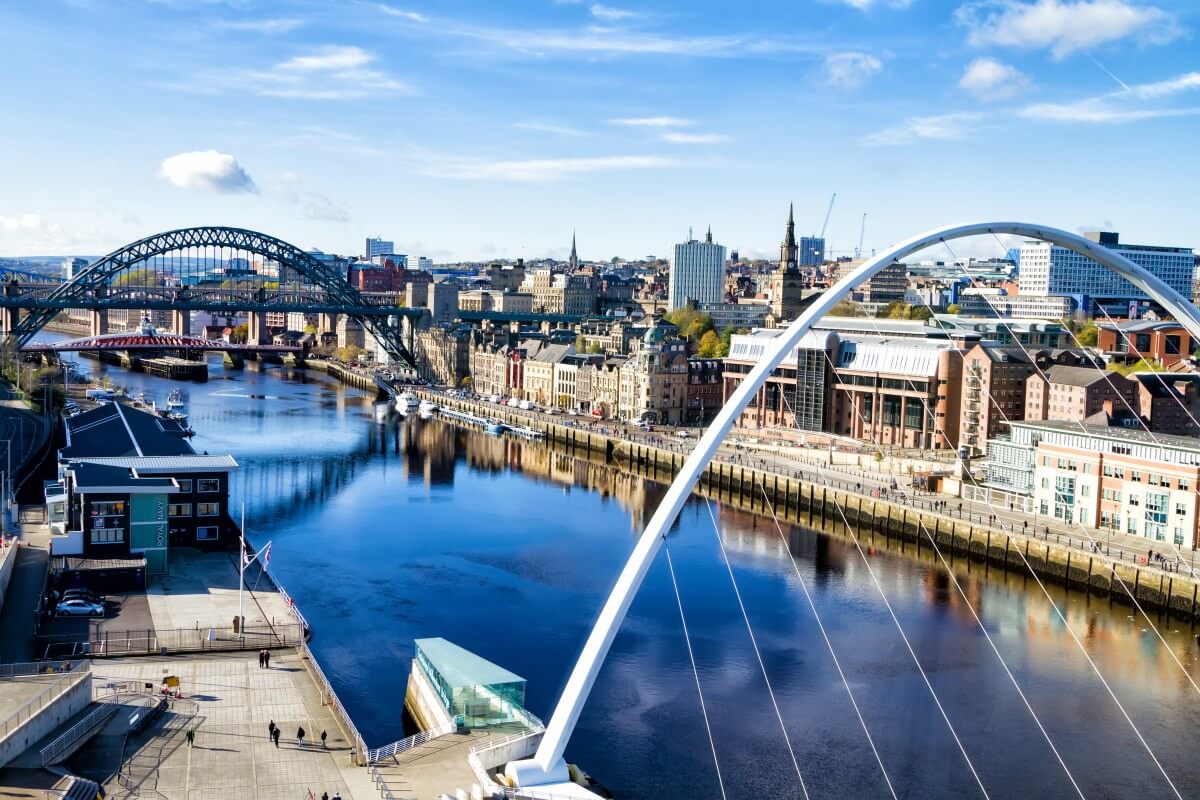 The LGBTQ+ scene in Newcastle isn’t just about late-night bars and partying until the early hours. You see, this city is home to some incredible bars, restaurants and pubs which are not only LGBT-friendly but owned by the community. Known as the Pink Triangle, the gay village can be found between the Metro Radio Arena and Central Station which boasts endless things to see and do at all hours of the day.

If you do one thing: Get your name on the guestlist at Rusty’s – a unique cabaret bar that plays cheesy pop music until late.

Place to eat or drink: Powerhouse is one of the most famous nightclubs of its kind in the North East.

Best for: Its welcoming charm and infectious atmosphere 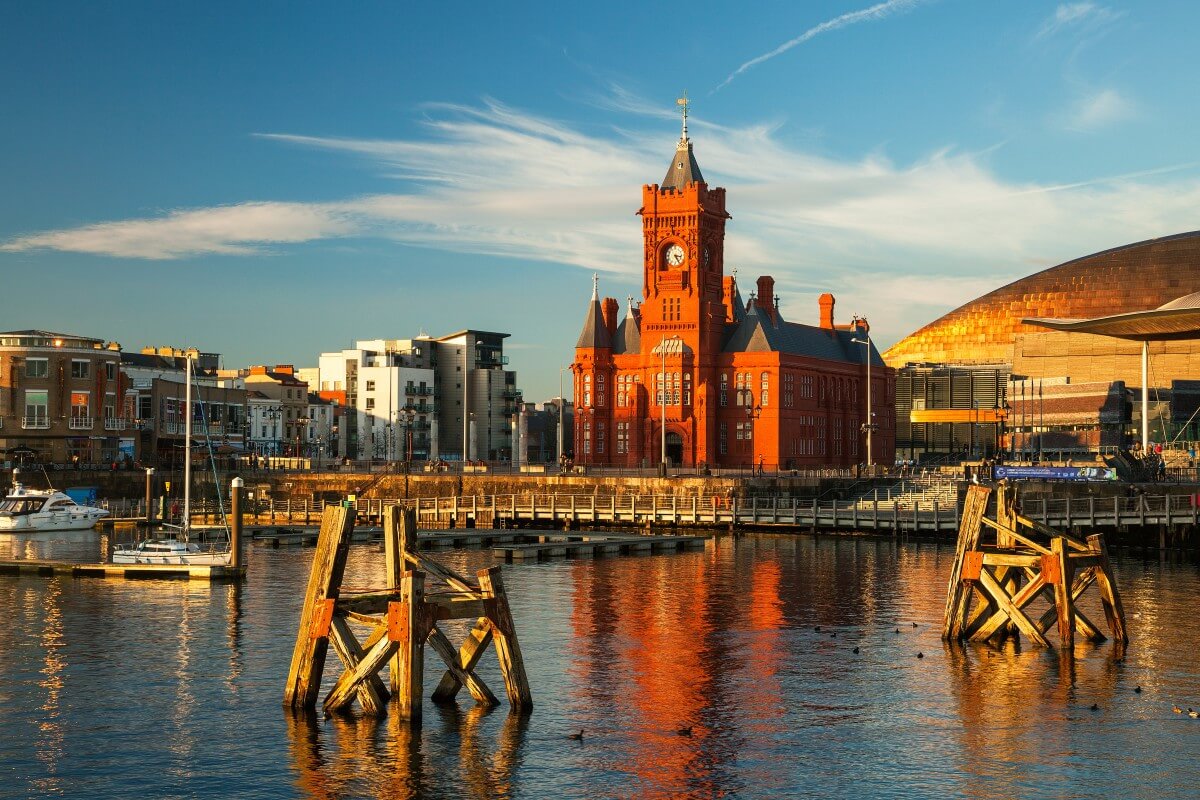 Looking for a party? Cardiff will not disappoint, and if you’re looking for a LGBTQ+ friendly party, you’re in for a treat. Start your trip at Cardiff Bay and take in the incredible waterfront vibes, discover the local culture and heritage of the city and, of course, explore the lively LGBTQ+ scene. It offers everything from community-owned theatre nights and comedy clubs to independent music evenings and underground bars.

If you do one thing: Ponder around Shelf Life Books and Zines, a unique place that’s dedicated to giving the underrepresented a voice.

Place to eat or drink: The Kings, and its terrace and two floors, is a great place to start your evening.

Based in Cheshire, Lucy has experience in writing, editing and content marketing. As a self-professed foodie, when she's not busy with blogs and website pages, you'll find her trying out new bars and restaurants in the local area.

11 best places to visit in the UK in the summer