19 magical places to visit in the UK: Mystical spots you must see at least once

Whether it’s landscapes formed millions of years ago, impossibly beautiful places or tales of myth and legend, the line between what’s fact and fiction in these magical places in the UK is hard to distinguish. So, we’ll leave it for you to decide for yourself.

Best for: Its vanishing causeway and fairy-tale castle 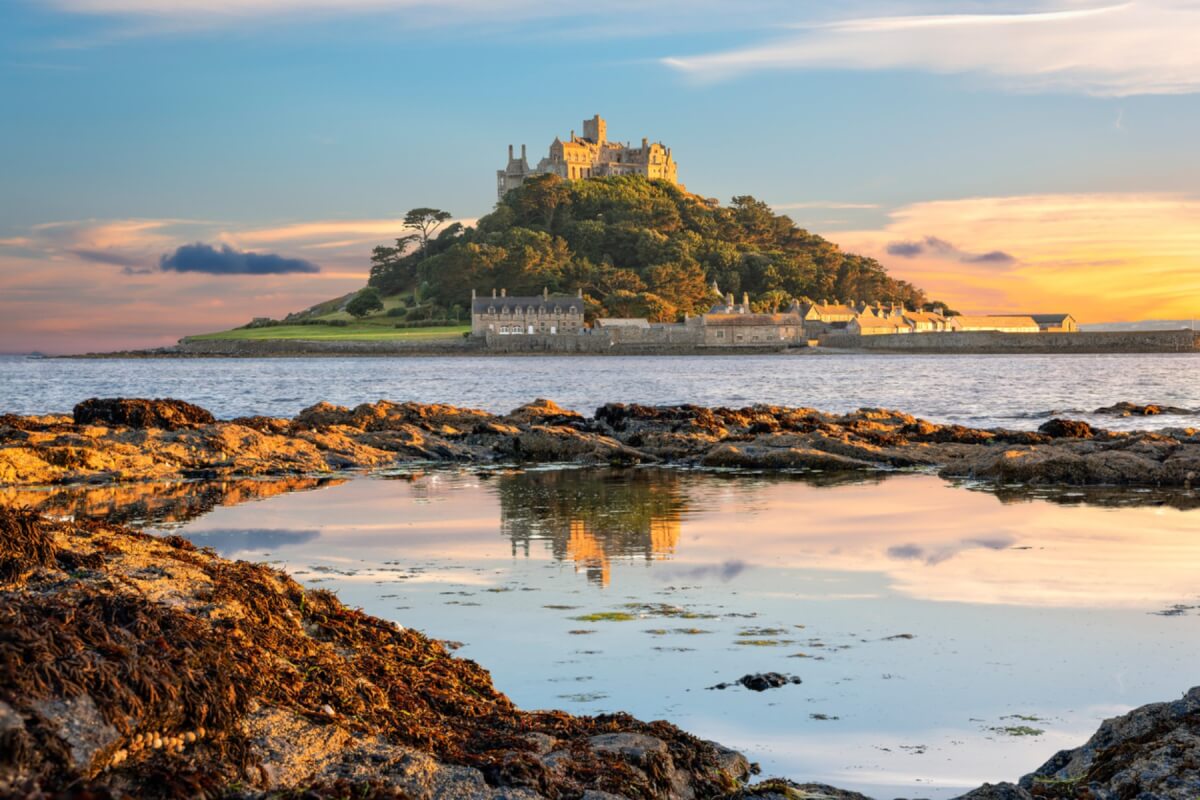 From the small town of Marazion in Cornwall, wander across a beautiful cobbled causeway, that is only unveiled at low tide, over to the magical island with a medieval fairy-tale castle perched on top of it. Feel the fresh sea breeze and listen to the waves while you admire the terraced sub-tropical gardens and panoramic views of the ocean and the coast of England that St Michael’s Mount has to offer. 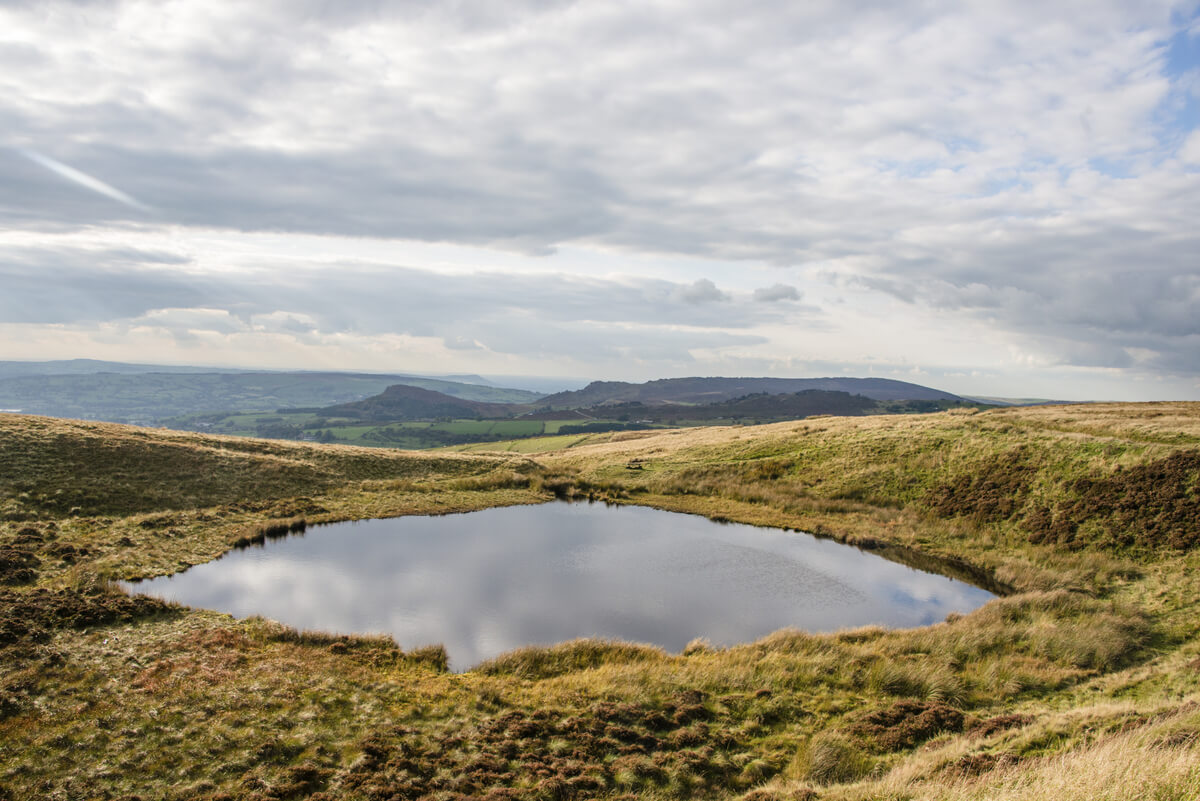 A tranquil lake surrounded by the rolling hills and the abundant wildlife of the Peak District, in Derbyshire, has a magical story to tell. It’s here at the Mermaid’s Pool that you might spot a water nymph or two who are believed to have the power to grant immortality. But it’s also said that if the mermaids aren’t feeling so generous, they’ll drag you down into the dark depths of the water. 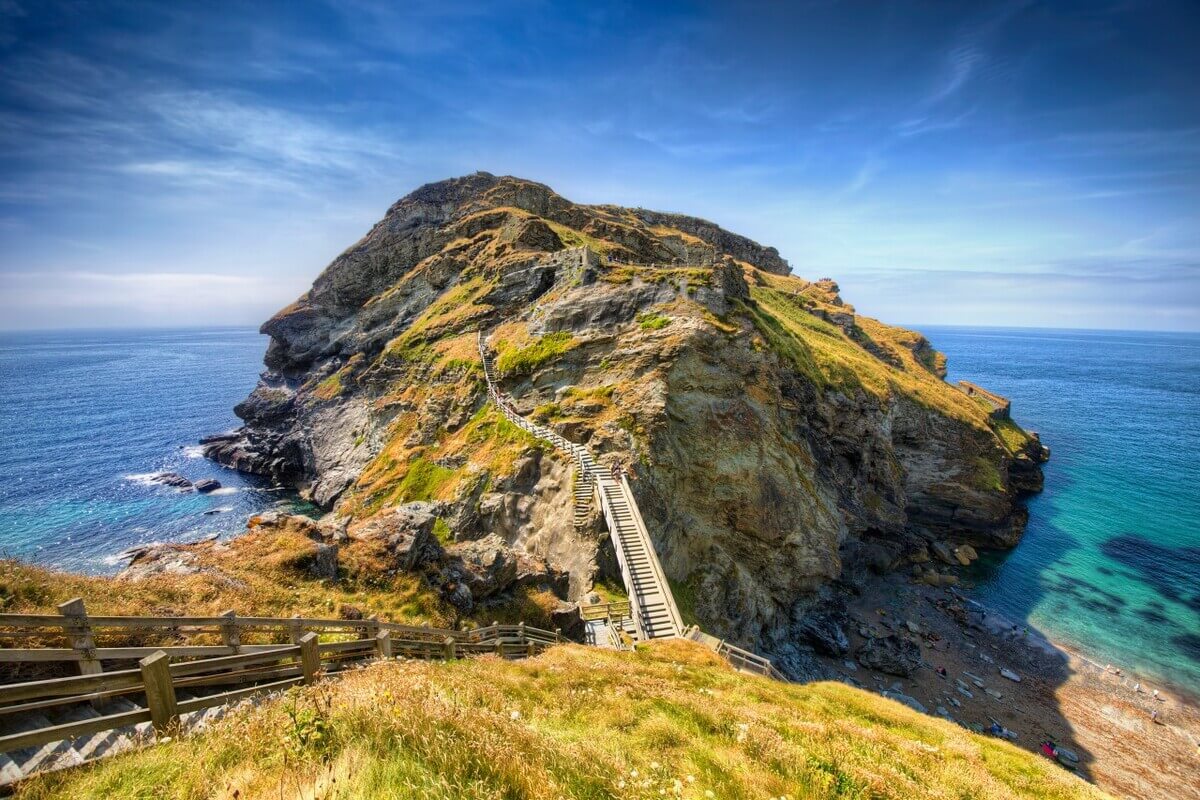 Step into the windswept world of legendary King Arthur. Tintagel, in Cornwall, is a steep and cliffy headland surrounded by crashing waves. It is the perfect place for a family day out to explore the remains of a medieval settlement, Tintagel Castle where King Arthur was said to have been born and the magic of Merlin’s Cave, which is only accessible at low tide.

Best for: Its picture-perfect powder-white shore 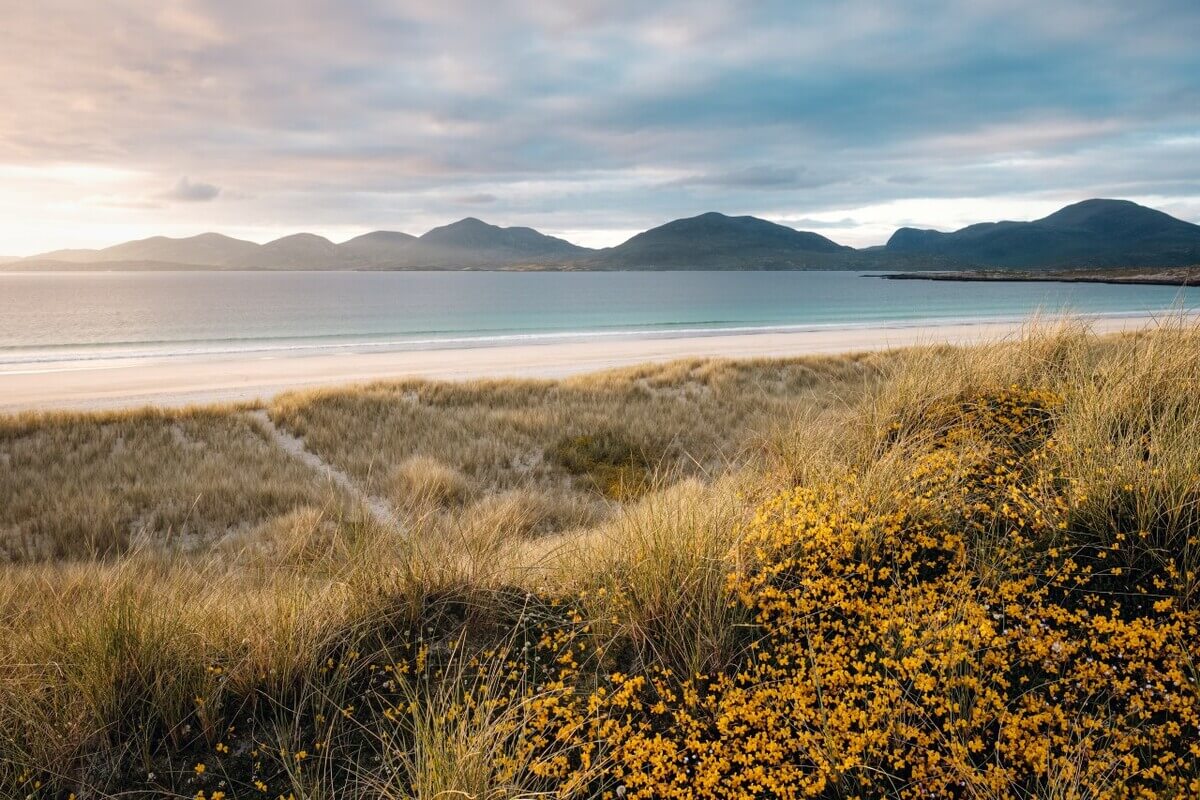 The stretches of white coastline along Luskentyre Sands, on the Isle of Lewis and Harris, give the illusion that you could be somewhere in the Caribbean. But if you gaze further, you’ll see archetypal Scottish mountain peaks. It’s easy to see why it has been listed in the top 25 most beautiful beaches in the world. 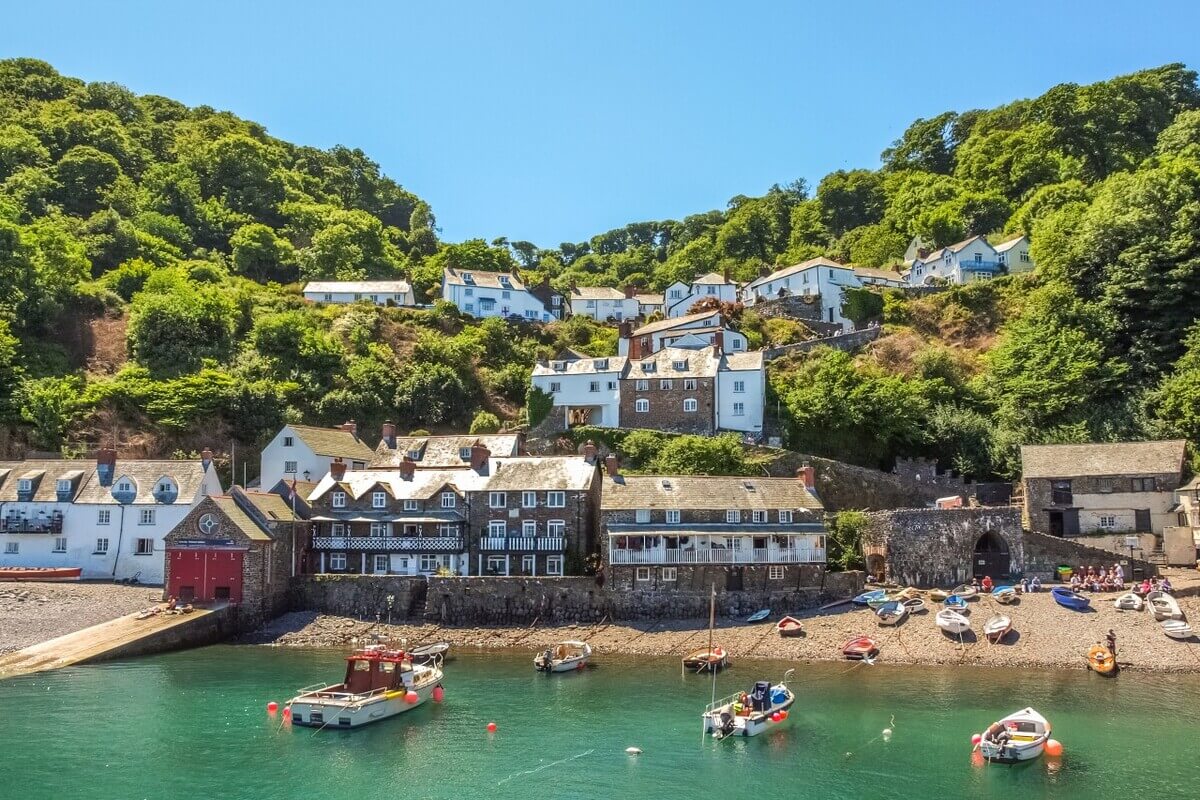 The cobbled streets of the picturesque fishing village of Clovelly, in Devon, are lined with white-washed cottages and quirky shops. Looking around you, you’ll notice the unusual number of exotic plants and Mediterranean fruits and vegetables. These thrive here because of the village’s unique microclimate. 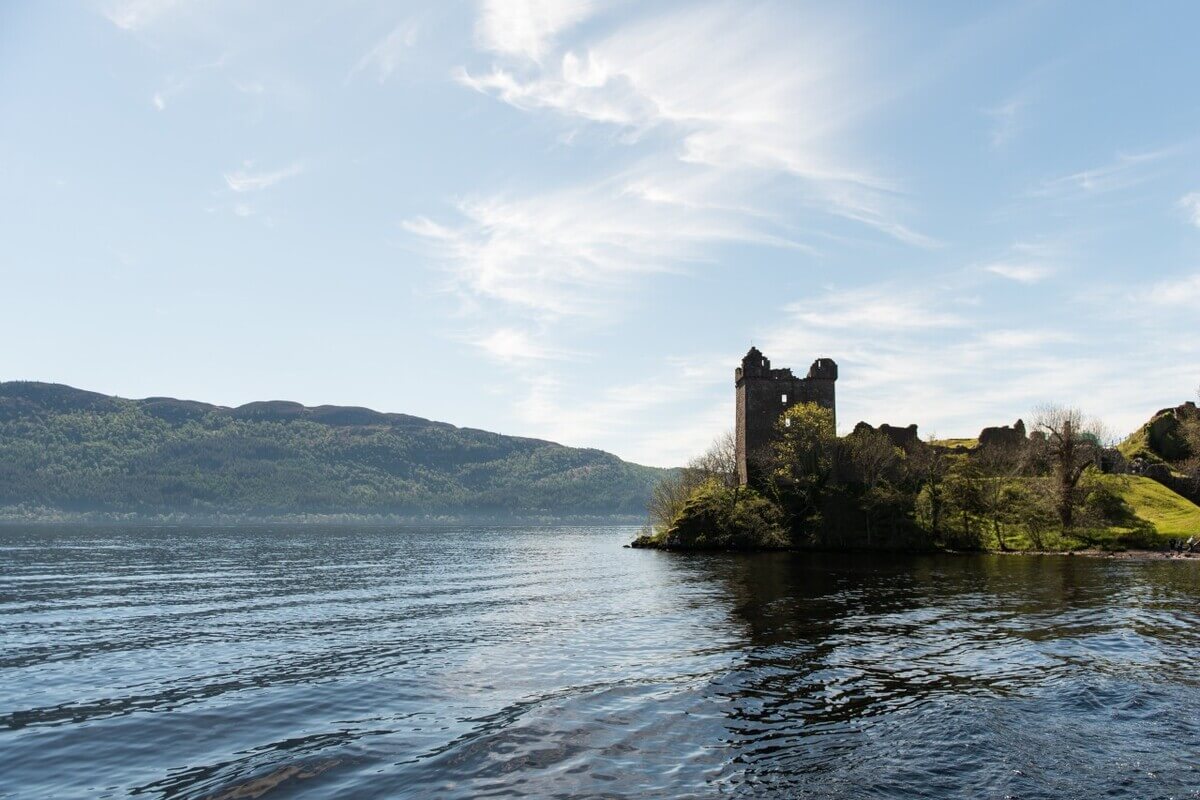 Loch Ness, by volume, is the biggest loch in the whole of Scotland. Hop on a boat for a full tour of the giant mass of water that is home to the most renowned mythical beast in the UK — the Loch Ness Monster. Hidden in the 227-metre depths of the peaceful loch swims the creature known to locals in the Scottish Highlands as Nessie. The first account of the water monster was in the 6th century. Since then, many people have claimed to have seen the beast.

Best for: Walking in the footsteps of a legend 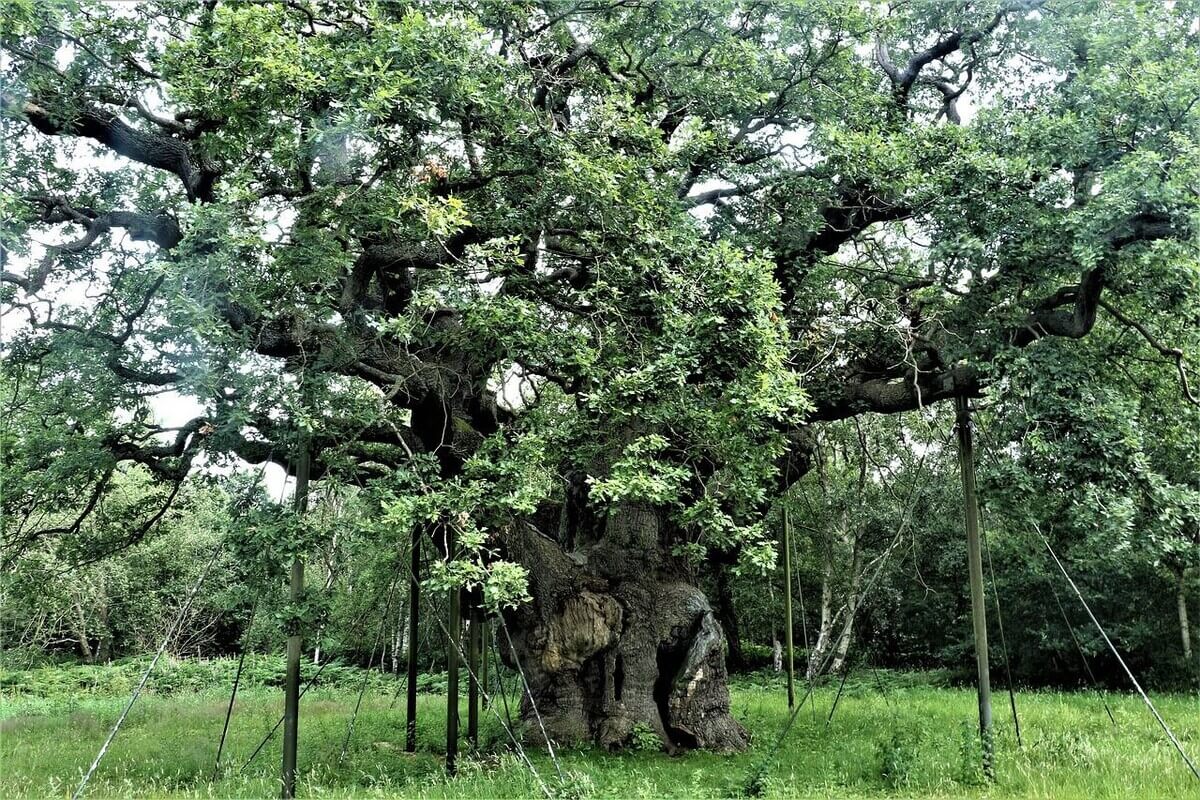 Can you guess which legendary heroic outlaw who stole from the rich to give to the poor is said to have lived in the lush Sherwood Forest? Feel the spirit of Robin Hood and The Merry Men in this 375-hectare nature reserve in Nottinghamshire. Keep an eye out for the statute of the man himself and the 1,000-year-old Major Oak that Robin is said to have used as a hiding place, which is an enormous 10 metres in circumference. 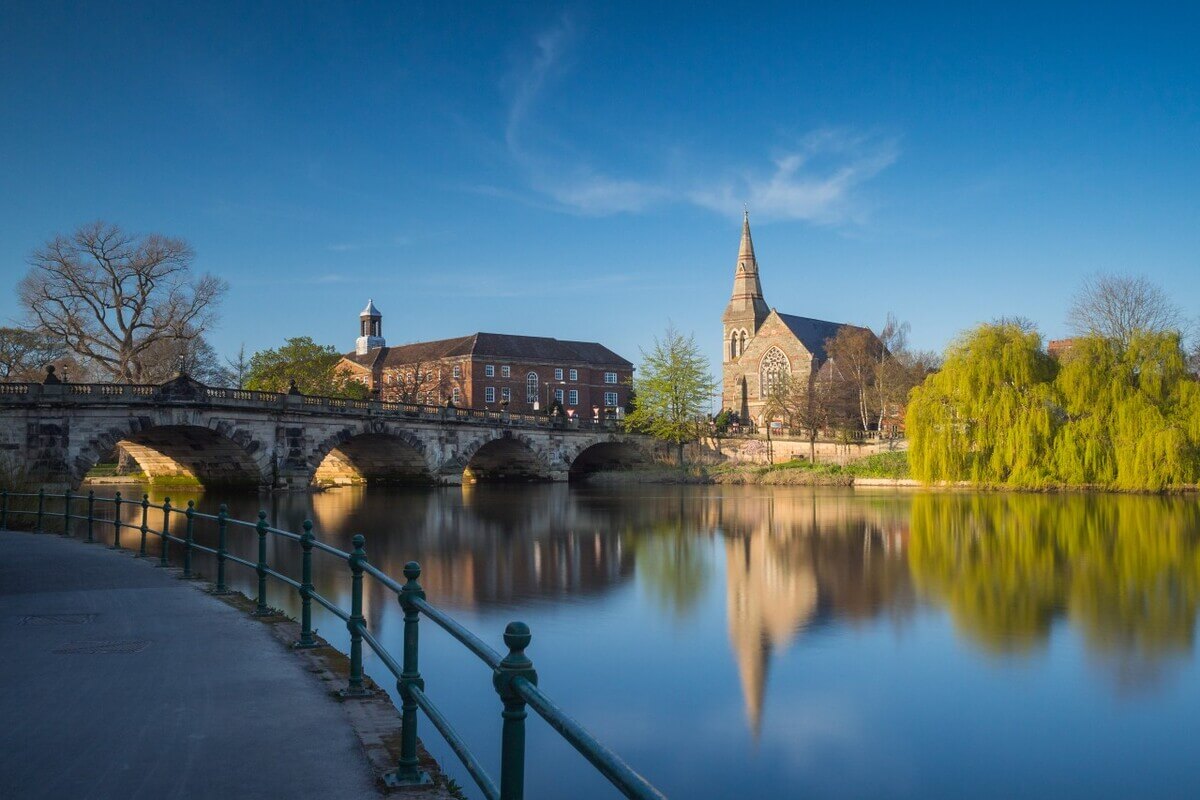 The picturesque British market town in Shropshire sits quietly beside the River Severn. In the centre of Shrewsbury, you’ll find a fairy-tale Tudor centre with crooked half-timber framed buildings, a striking red stone castle and a unique round church. Once you’ve explored the town, relax at the beautifully kept vibrant city garden called The Dingle, or take a scenic stroll along the river.

Best for: Landscapes moulded by dinosaurs and fairies 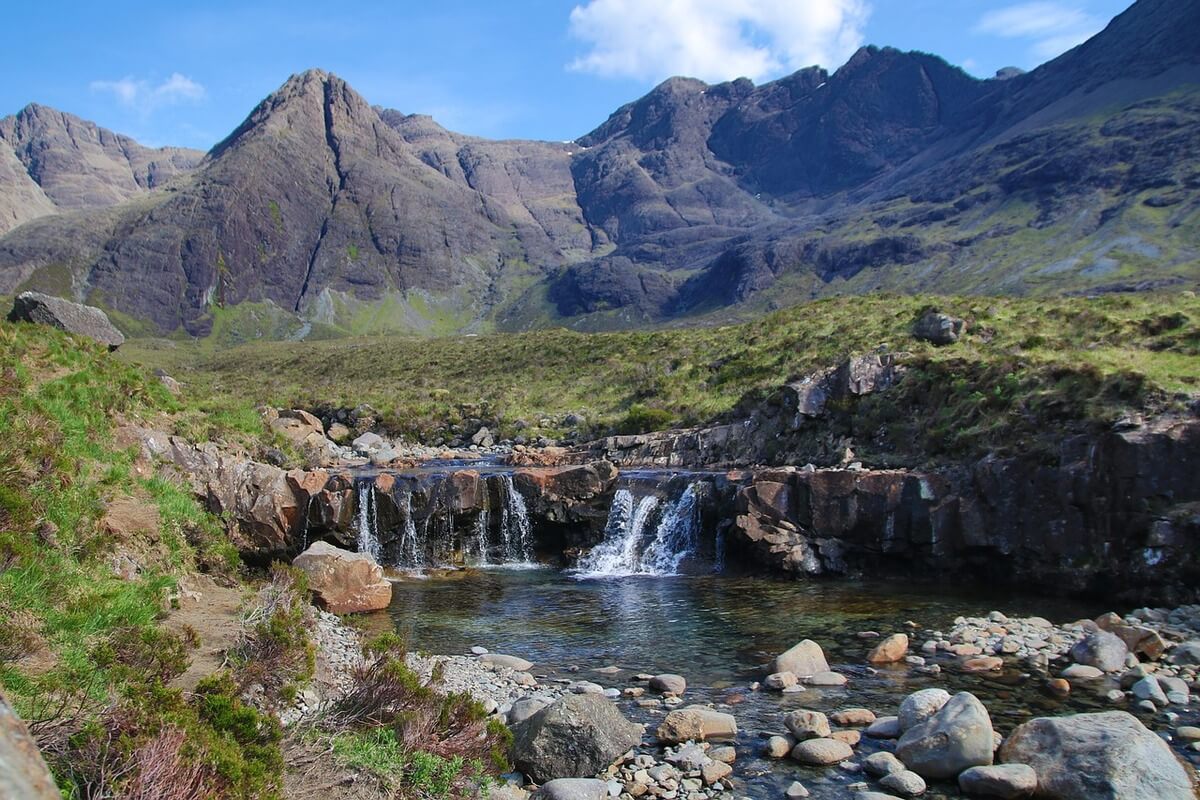 If the Isle of Skye isn’t on your bucket list already then add it now. This small but beautiful island in Scotland is bursting with mystical tales, historical sites and awe-inspiring landscapes. Wild swim in the sparkling waterfalls at the Fairy Pools, explore the Fairy Glen’s mossy mounds or stand in one of the many dinosaur footprints on the island.

Best for: Stepping back in time 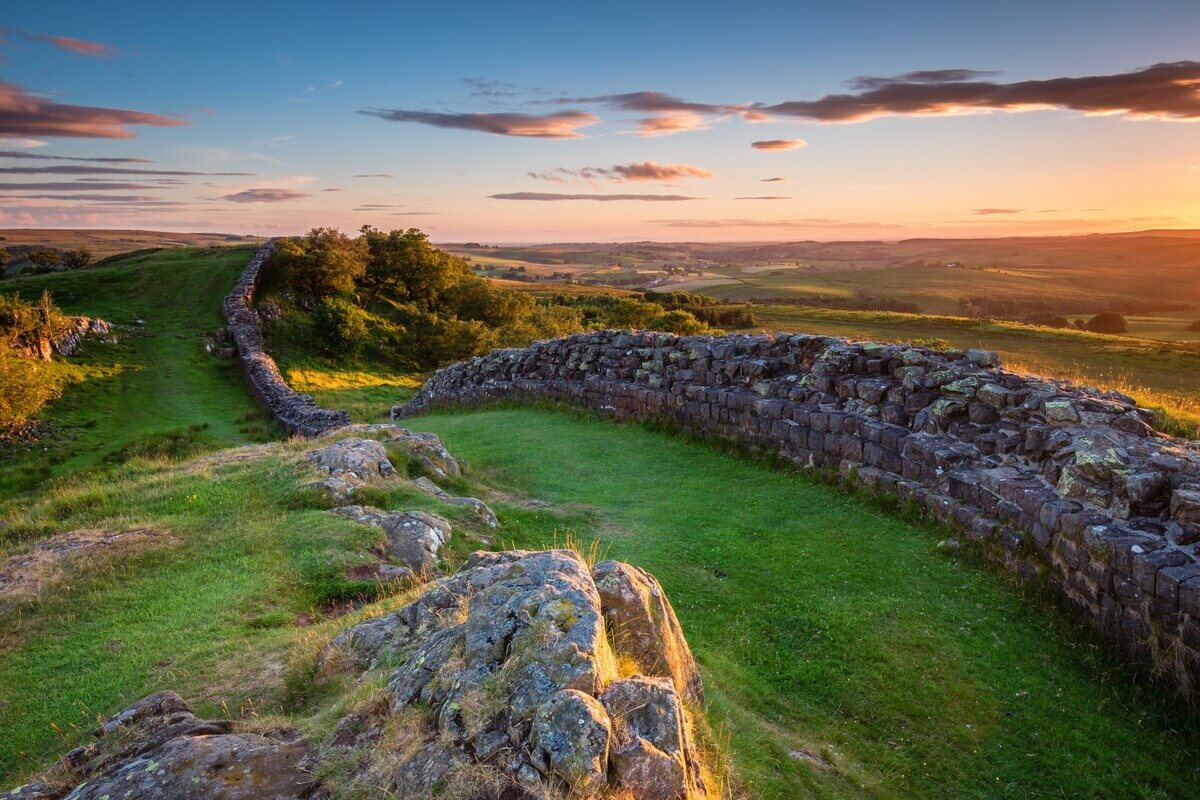 Spanning from Wallsend to Cumbria, Hadrian’s Wall is the most important monument built by Romans in Britain. This UNESCO World Heritage Site will transport you back to 112 AD when the wall was dotted with turrets, forts and patrolling soldiers. If you’re not up for a six to eight-day hike to see the whole thing, visit Walltown Crags instead. Here you’ll find some of the best-preserved parts of the wall standing on a sheer volcanic rock edge. 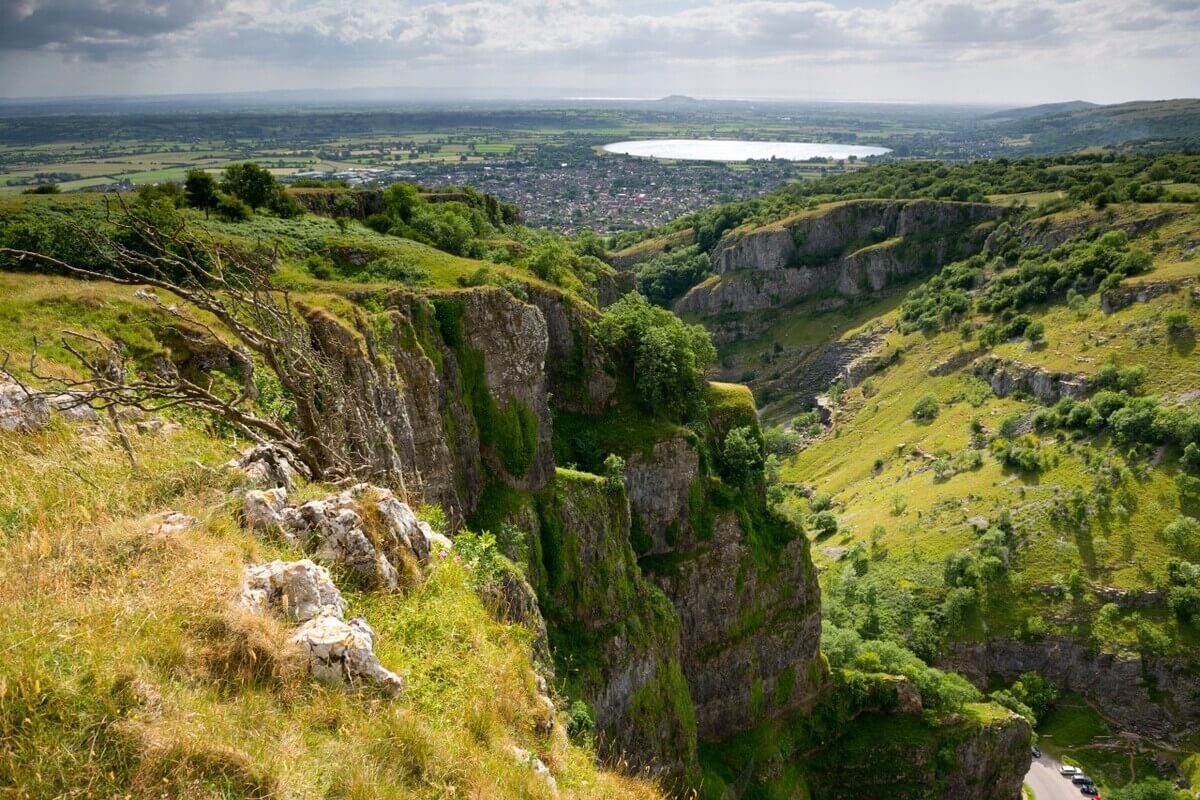 If you’re up for a challenging hike, walk to the top of the towing limestone rock faces of Cheddar Gorge, Somerset, for dramatic views across the Mendip Hills. But here, there’s as much to see in the open air as there is underground. Explore the Cheddar Caves, where a 9,000-year-old skeleton was found. Or, if you’re after something even more spooky, head to the nearby Wookey Hole Caves where you can learn about the Witch of Wookey Hole.

Best for: Mystery and history 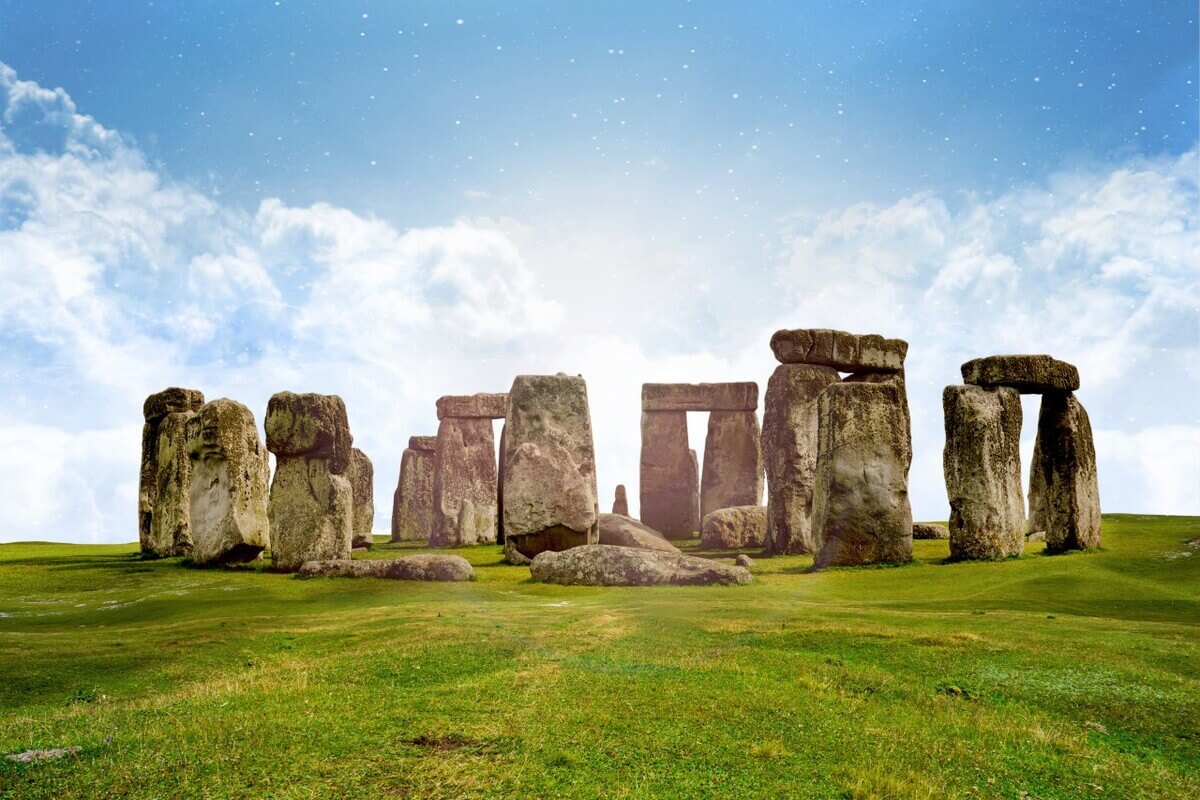 Standing strong in Wiltshire is a stone circle that was built around 5,000 years ago. The mystery as to why and how Stonehenge was built remains unsolved. But theories suggest it could have been a burial site, a place for healing and a celestial observatory. Twice a year, during the summer and winter solstice, pagans and druids gather to celebrate the sunrise and their spiritual traditions. It’s the only time that the barriers are lifted and people can actually touch the mighty stones. 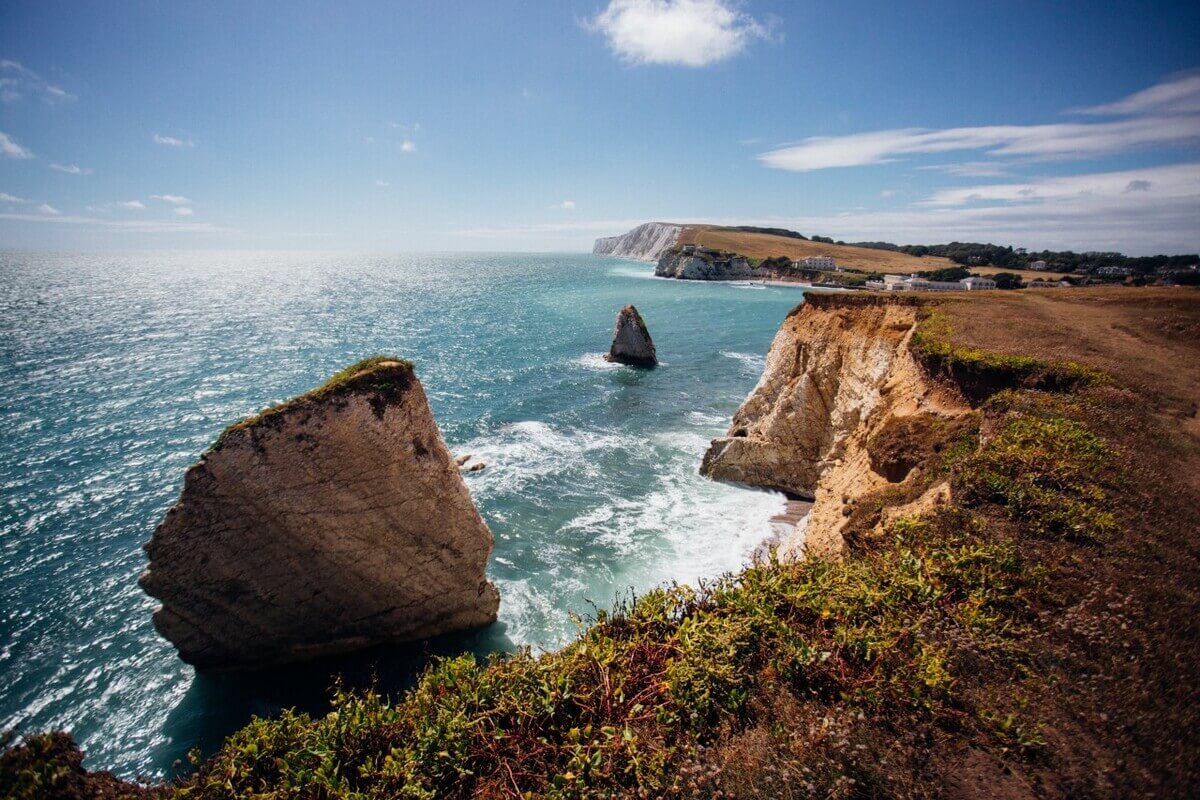 An enchanting island, considered by many as one of the most beautiful places in the UK, that’ll capture your heart as soon as you catch a glimpse of it. Half of the Isle of Wight has been designated as an Area of Outstanding Natural Beauty where you can find a lengthy 60 miles of spectacular beaches, secret coves, colourful cliffs and quintessentially British towns.

Best for: Its unusual waterfall 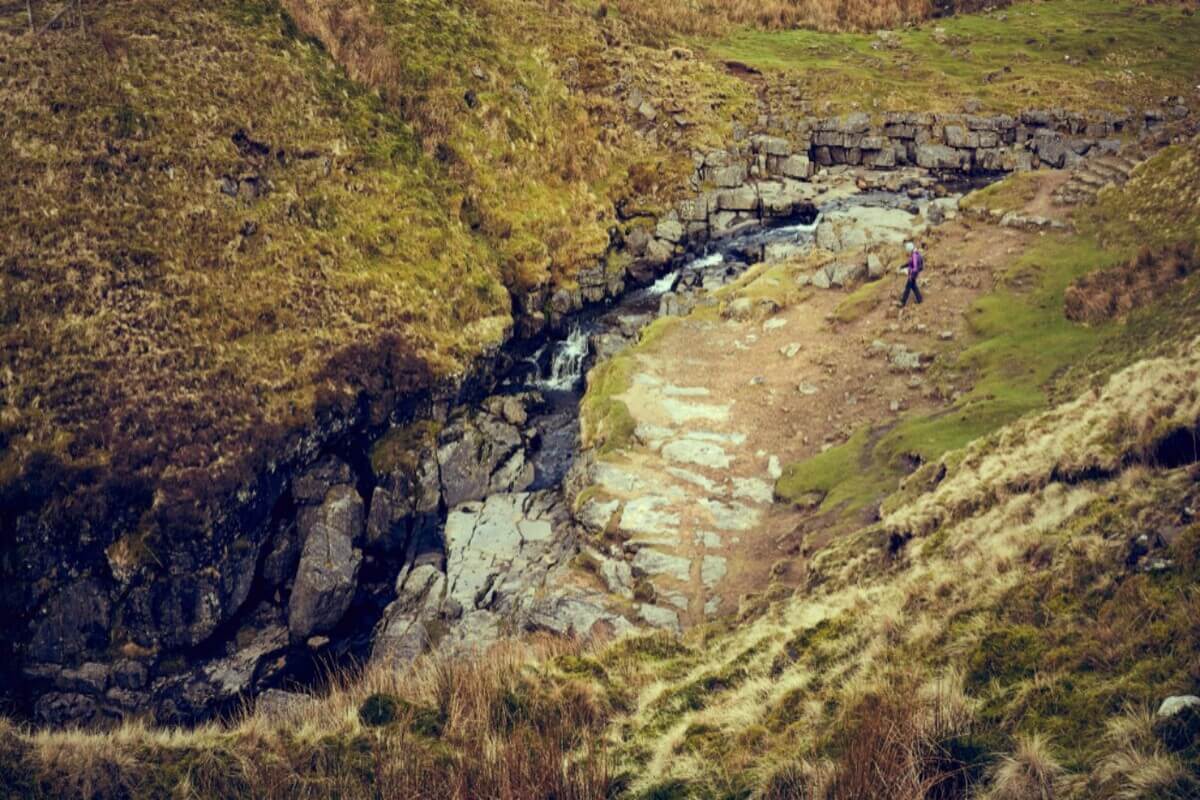 In a dark cavern in Yorkshire,  a stream crashes 111 metres into a deep pothole in a cathedral-sized cave. Gaping Gill is one of the largest underground chambers in Britain, and the falls here have been named Britain’s highest unbroken waterfall. If you’re feeling brave, for two weeks a year there is an opportunity for the public to strap on a hard hat and be lowered on a dangling rope into the dark depths of this extraordinary place.

Best for: Striking architecture and bewitchery 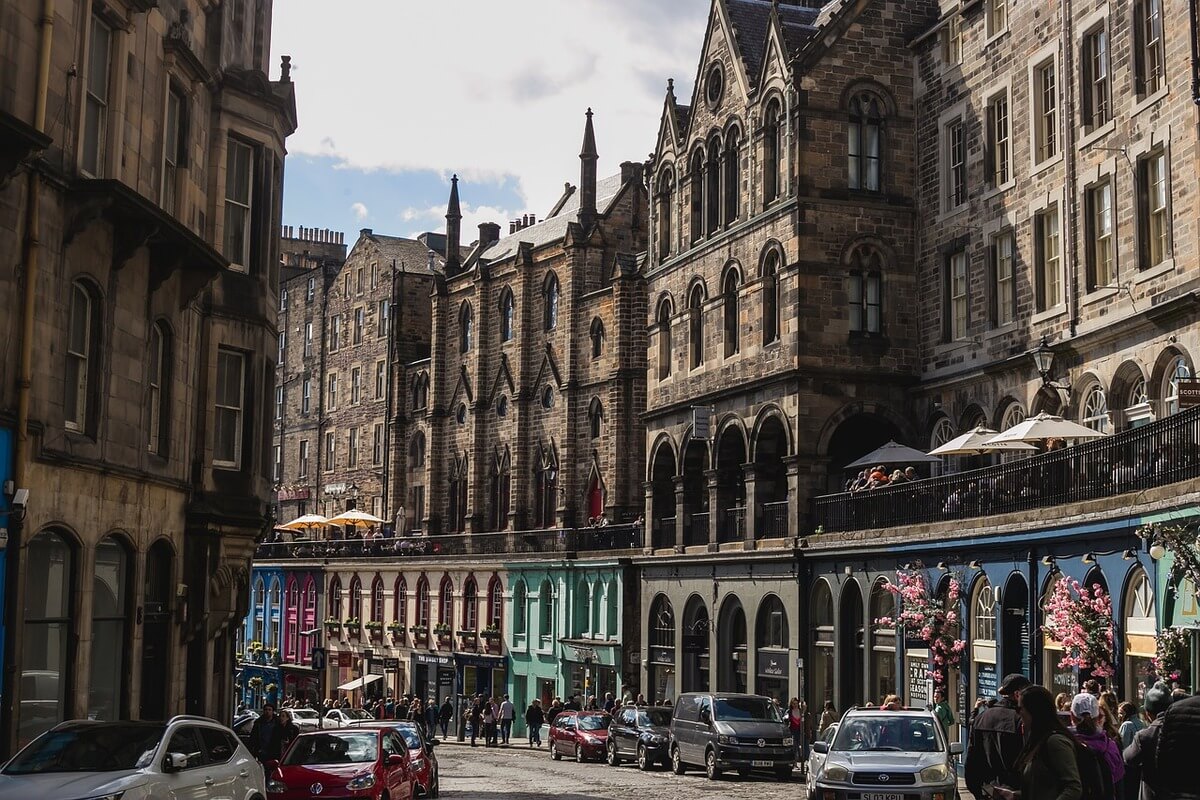 Giant’s Causeway is a place of enormous global geological importance that is also steeped in myth and legend. The UNESCO World Heritage Site that is located on the edge of County Antrim in Northern Ireland was formed between 50 and 60 million years ago. Legend has it that the columns were created by the Northern Irish giant, Finn MacCool. When threatened by a Scottish giant, he paved the way to Scotland with enormous basalt stepping stones across the Atlantic Ocean to fight him.

In the heart of Wales’ breathtakingly beautiful Snowdonia National Park lies the idyllic village of Beddgelert, in Gwynedd. Surrounded by mountains, hidden waterfalls and peaceful lakes, the captivating stone-built village is home to many listed buildings, a Roman bridge and cosy pubs. 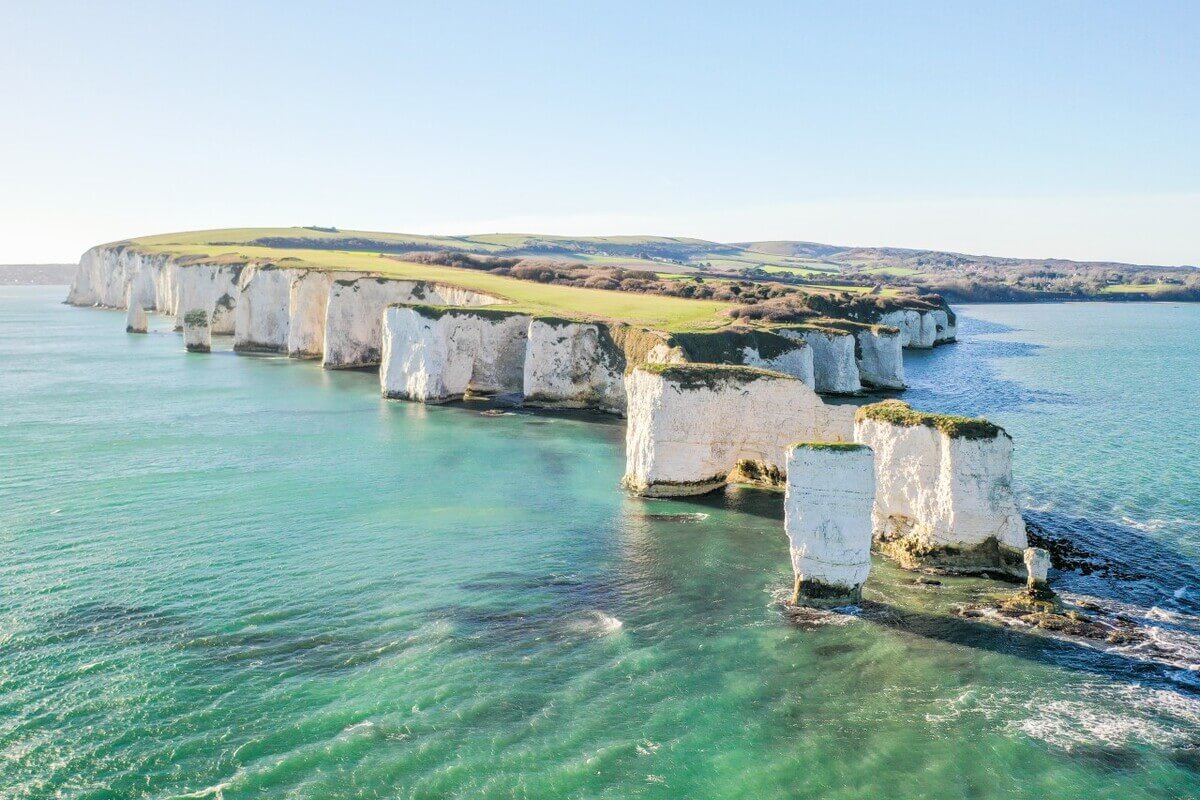 Three glistening white chalk formations, called Old Harry Rocks, mark the most eastern point of the picturesque Jurassic Coast. Stroll along the coastline of Dorset and admire the glowing white structures that are said to be where the Devil used to sleep. Others believe that the rocks are named after the pirate and smuggler, Harry Paye, who would cause havoc in the local towns before hiding his loot down by the chalk stacks. 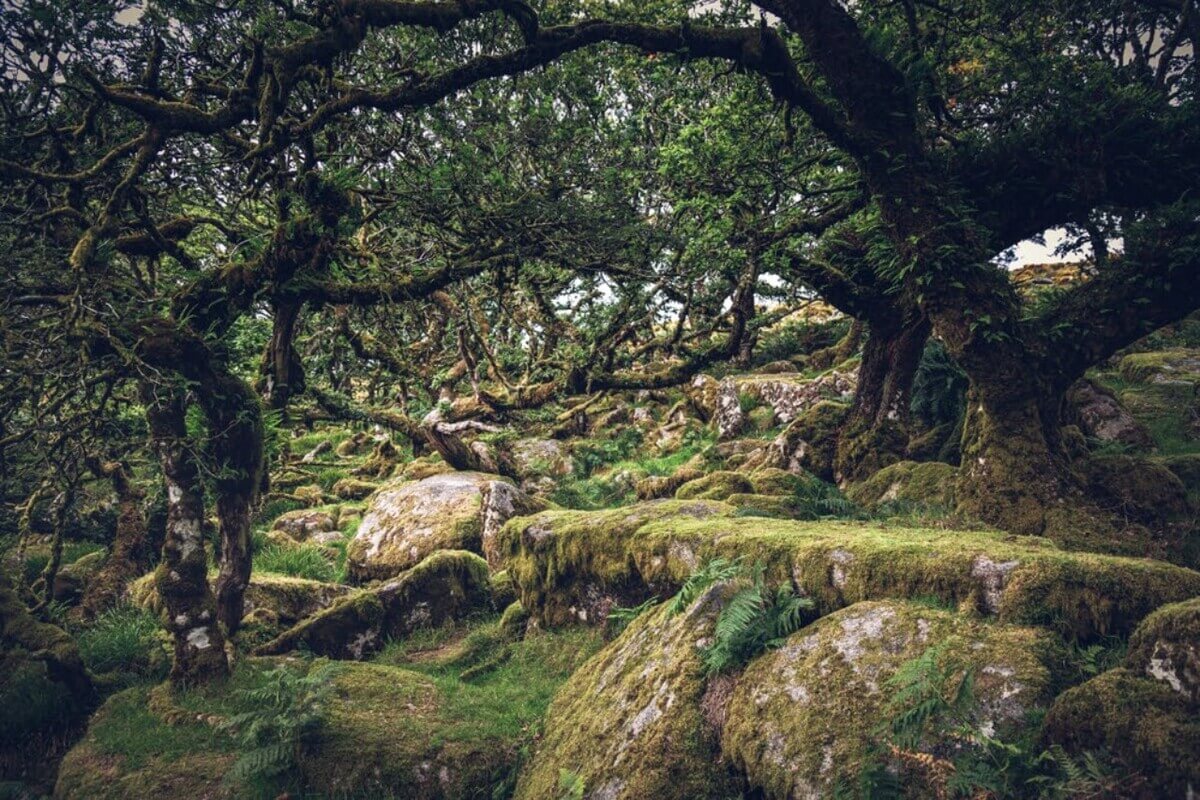 Hidden away in the depths of Devon’s remote moorland lies an ancient valley that is home to a grove that looks as though it could be found in Middle Earth. The trees in Wistman’s Wood are no taller than six metres high with leafy gnarled branches. Every shade of green can be seen in the moss that delicately covers every granite boulder and stunted oak tree in sight. Also, make sure you keep an eye out for the legendary pixies that dance among the wildflowers and lichen.

Monica is a freelance travel writer who loves adventure, the outdoors and all things creative. Her favourite feeling in the world is the buzz she gets when she discovers somewhere beautiful, off the beaten track. To relax, she likes spending time with her dog, playing the piano and eating out.

11 best places to visit in the UK in the summer