Cowes is a favourite seaport town on the Isle of Wight, with the unique feature of being split into two by the mouth of the River Medina. As well as being one of the most popular sailing spots on the planet, Cowes is an idyllic spot for a coastal holiday, making a great base for exploring all that the Isle of Wight has to offer. Read on for the best things to do in Cowes. 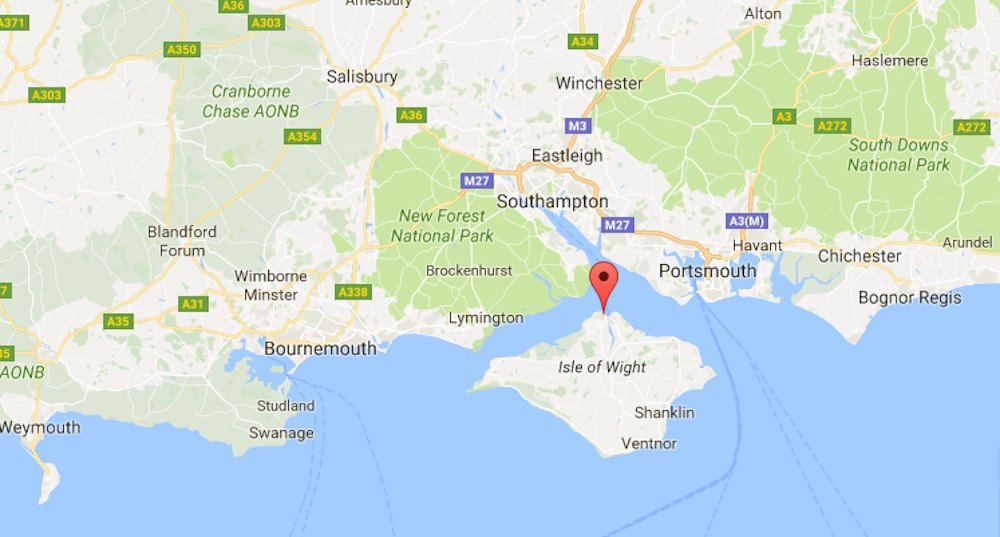 Nestled in the north of the Isle of Wight, on the banks of the River Medina, Cowes sits facing the bays of Southampton and the New Forest National Park. As well as making it a particularly popular sailing spot, Cowes’ closeness to England makes it very easy to reach, sitting a short ferry ride from many main harbours.

Best for: The world’s biggest regatta

Cowes is home to the biggest and oldest sailing regatta in the world. For one week, this small, scenic seaside town is the number one destination on the planet for lovers of all things sail-boat. For eight days, 8,000 competitors and 10,000 spectators enjoy non-stop entertainment both in and out of the water.

Best for: Boats from a bygone era

As one of the most popular sailing spots on the planet, it should come as no surprise that Cowes has a rich and fascinating maritime tale to tell. Since 1996, the Classic Boat Museum has been doing just that. Spread across two venues, in East Cowes, the Gallery houses a vast collection of models, photographs, artefacts and naval uniforms. The Boat Shed in West Cowes, meanwhile, is home to dozens of classic sea-faring vessels.

Nestled in East Cowes, Osborne House is one of the most stunning structures in Britain. But you don’t have to take our word for it. Queen Victoria herself said ‘it is impossible to imagine a prettier spot’. Used as a stately home for the royal’s of the age, the house is the very height of 19th-century elegance.

If Cowes’ Classic Boat Museum only whetted your appetite for more stories of sea-bound adventures, the Cowes Maritime Museum is the perfect place to head next. Collecting artefacts since the 1970s, this small museum delves into every aspect of local maritime activity, from sailing to ship-building.

Best for: A romantic way to see the island

Whether you’re a rail enthusiast or not, our next tourist attraction is not to be missed. Travelling across the island, the Isle of Wight’s Steam Railways have an air of romance that no other mode of transport could come close to capturing. Perhaps the most magical way to see the island, set off from South East Cowes and trundle past many must-see sights.

Best for: An intimate museum

Located in the famous Pink Building, the Sir Max Aitken Museum is possibly the most intimate of all the Island’s museums. Sir Max himself was a politician, press baron and ace fighter pilot during WWII, who acquired this former sail-makers loft in 1947. Today, it continues to house Sir Max’s personal collection of historical and nautical artefacts, as well as exuding an old-world charm that has to be visited to be understood.

Best for: Watching the world go by

This short pebble beach is one of the most popular attractions in the Isle of Wight. Sitting near the island’s main sailing scenes, you can spend an idyllic day with a picnic basket beside you, watching the boats go by. Cowes Beach is also where the Princes Parade begins, an excellent seafront promenade and shopping spot, that continues inland.

Originally the private grounds of the prestigious Ward family, today, Northwood Park is a public park owned by Cowes Town Council but maintains much of its stately Victorian splendour. Spread across 10 hectares, it’s home to ancient trees, tennis courts and one of the best picnic spots on the Island.

While technically part of Northwood Park, we really thought this stunning structure deserved its own, separate shout-out. For over 175 years, Northwood House has been where the Isle of Wight comes to celebrate. This Grade II listed Georgian Manor House has catered to hundreds of high-class soirees over the years, and now hosts regular events including Jazz Socials and The Wight Proms.

Best for: A little bit of mystery

If you’re looking for a way to take in all the best parts of Cowes, and have a little extra family-friendly fun in the process, we have the perfect thing for you. Travel across the town on a self-guided treasure trail, solving a fascinating murder mystery as you go. You’ll follow the two and a half-mile path, solving clues set on prominent buildings and ancient monuments, in a wonderful quest to find out whodunit.